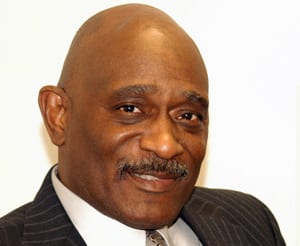 The Northside Economic Opportunity Network (NEON), a North Minneapolis collaborative that offers assistance to local businesses and entrepreneurs, says their normal services have increased in recent weeks with new support from City and State coffers.

Earlier this summer, the organization was awarded a $200,000 grant from the Minnesota Department of Employment and Economic Development (DEED) to provide no-cost services to North Minneapolis businesses and entrepreneurs for one year. The effort began July 1 and expects to run through June 30, 2012.

DEED promotes business recruitment, expansion and retention. According to the organization’s press release, the grant was part of a commitment that Minnesota Governor Mark Dayton made in March to encourage business and job growth, especially in areas such as North Minneapolis dealing with both poverty and chronic unemployment.

With the Northside area experiencing such hard times, receiving the grant “is vital” to help solve the problems, believes NEON Executive Director Grover Jones. “Right now, when you look at the inequities as far as unemployment in the state of Minnesota, and even in the city of Minneapolis, jobs are not going to start turning around overnight. We are not going to see all of a sudden a lot of African Americans being hired by corporations.

“What the grant is being used for is to provide technical assistance in a variety of ways,” Jones explains. “Several of those ways are entrepreneur training classes [and] loan packaging to help access to capital.”

NEON was formed in 2005 and includes several local organizations, including the Minnesota Black Chamber of Commerce and the West Broadway Business and Area Coalition.

His organization does more than just job training, says Jones. “We look at the whole family and try to find out what we can do as far as employment, but our primary focus really is in business development.”

As a result, Jones reports that NEON’s regularly scheduled classes recently have seen a boom in attendance. “We do two entrepreneurship training classes in the fall and two classes in the spring. We also do a contractor training class. The demand is so great, we currently have three classes going, and we already filled up applications to start two more classes.”

The contractor classes are held on Saturdays for three months for a 16-week period, says Jones. “It’s three hours [each week]. Part of what we do in these classes is helping them get certified, and help them as far as bidding and estimating.”

The entrepreneurship classes are eight-week courses usually held on weeknights, he points out. “Within those eight weeks, each student is given 12 hours of one-on-one consultation with the instructor,” says Jones, who adds that the students mostly are split evenly between genders. “It varies from class to class. One of the classes I [recently] attended was about 90 percent female, but then I got another class where the breakdown was 60-40 male [to female].”

Jones says that there is no clear-cut pattern on the ages of those who attend the NEON classes. “We’ve had students in our class who are as young as 21 and as old as 60.”

Nonetheless, regardless of age or gender, he fully believes that a key to solving the current Black unemployment rate is for more Blacks to start their own businesses.

“Over the past three months, we’re actually training in the neighborhood of 50 potentially new entrepreneurs,” Jones says proudly.

He sees hope in the new financial support his organization is receiving from DEED and others. “I think they have been pro-active in what we are doing,” says Jones. “We also are getting support from the City. I think there is a collective effort to focus on African American businesses, especially in North Minneapolis.”