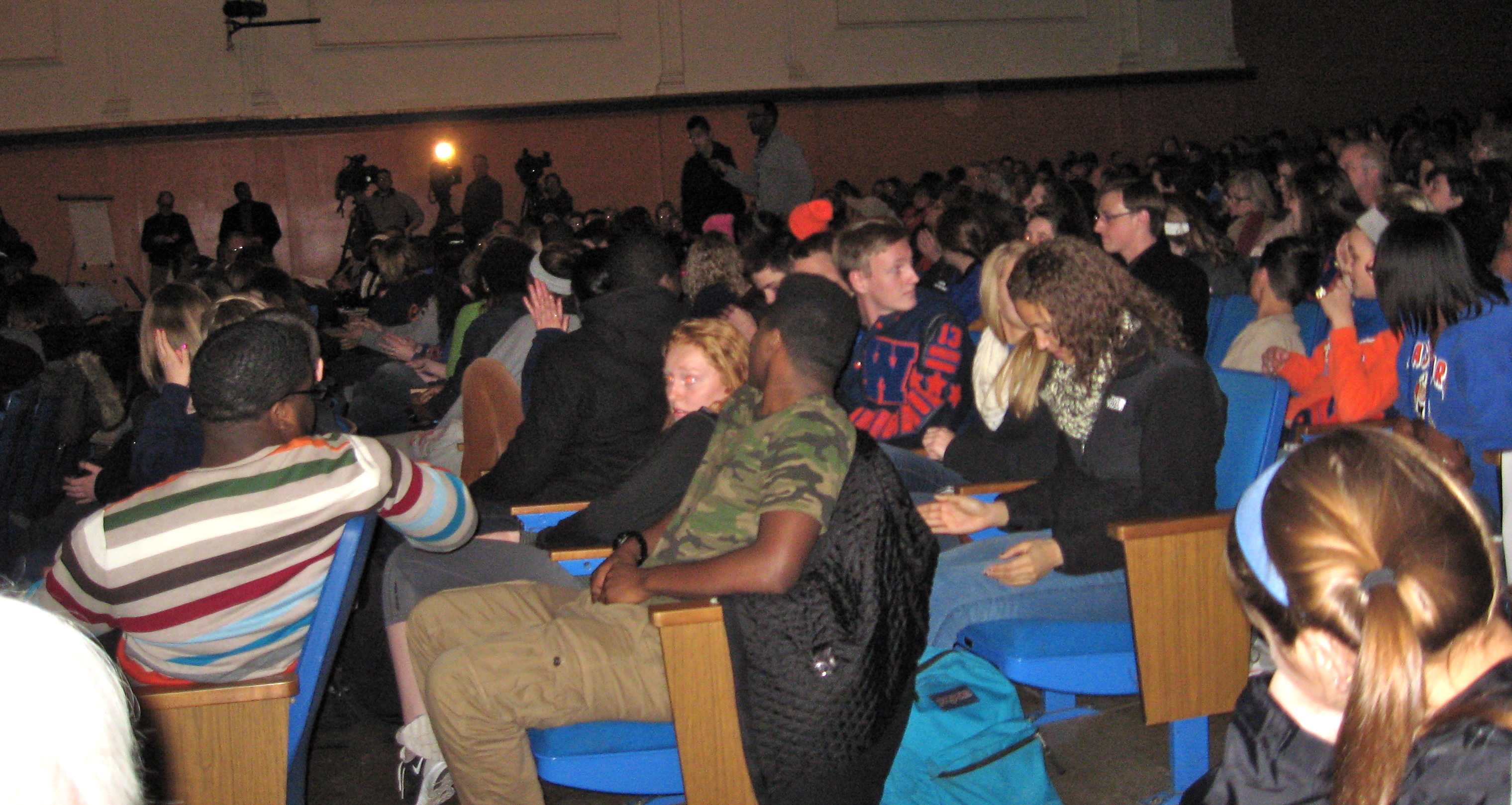 I’m not long returned from a most remarkable nearly two hours at Washburn High School in south Minneapolis.

The reason several hundred of us were in the auditorium tonight was an unfortunate event that happened January 11 at the school, and still looms large in the local news in this large metropolitan area, and even larger in racially diverse Minneapolis public schools. (Here is the FAQ distributed to those of us who were at the meeting: Washburn HS faq Jan 13001)

Succinctly, several students – I gather there were four – took a small doll with a black face, put a string around her neck, hung the doll over a railing, took a picture and posted the picture on Facebook.

Predictably and appropriately the incident stirred outrage, but thankfully no violence (that I know of).

Tonights community gathering was a significant effort by the school district to begin the difficult process of dialogue to not only deal with the incident, but to use it as stage for growth of a more caring community in the future.

I was proud to be there, if only to accompany my friend, Lynn Elling, nearing 92, who graduated from Washburn in 1939, and has great interest in peace in general and peaceful relationships in particular.

The evening news in a while will perhaps give two minutes to summarize an intense hour and 45 minute series of comments by students, community members and school staff.

There is no way that they can capture the feelings and emotions of actually being there.

Certainly, I can’t capture the essence of the evening. Indeed, everyone there probably left with their own perceptions of what happened, and what didn’t….

For me, the power of the evening was the courage of the voices who rose to speak from their own values, their own truths.

They did not all agree with each other; but the tone was civil and the almost electrically-charged auditorium atmosphere was orderly.

There were, perhaps, 20 speakers in all, reflecting the great diversity of the community, both the school, and at large.

Of all the comments I heard, perhaps the most powerful was from a Japanese exchange student at Washburn, who confessed being worried about attending the school before enrolling last fall, but was now completely a part of the student body.

It took courage for her to stand before the room and state her truth. She was just a few feet from where I was sitting.

By no means was she the only one with a message. There were dissonant notes, but there were no sour notes.

Everyone was their to speak their own truth; to be ‘on the court’.

And everyone else was clearly listening.

In such an atmosphere, one could almost anticipate occasional boos, or disruption of some sort.

There was none. Washburn last night was a community, not a bunch of individuals with agendas.

There were more speakers than time available to hear them.

Meeting finished, we filed out to go home.

I got the sense that the real meeting was just beginning, and that there would be long term and very positive results. 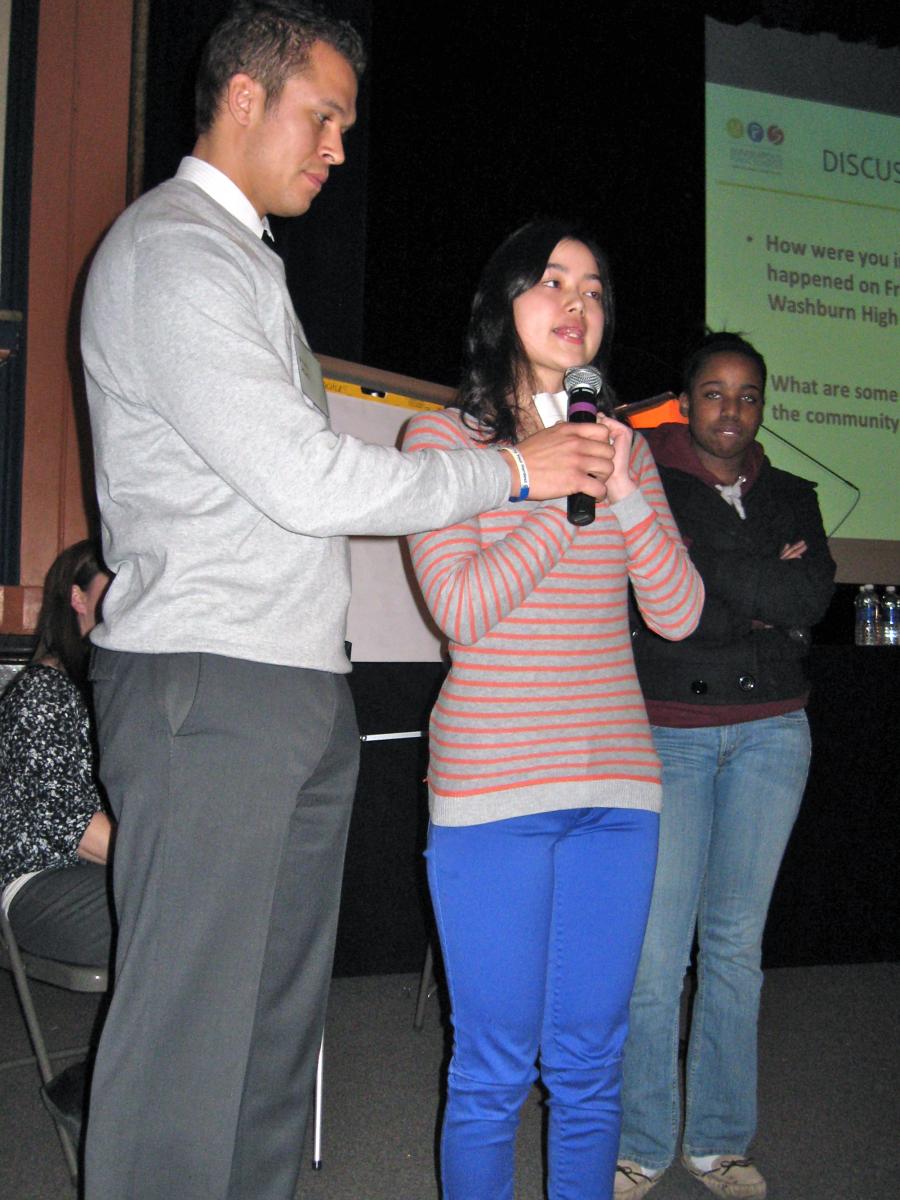