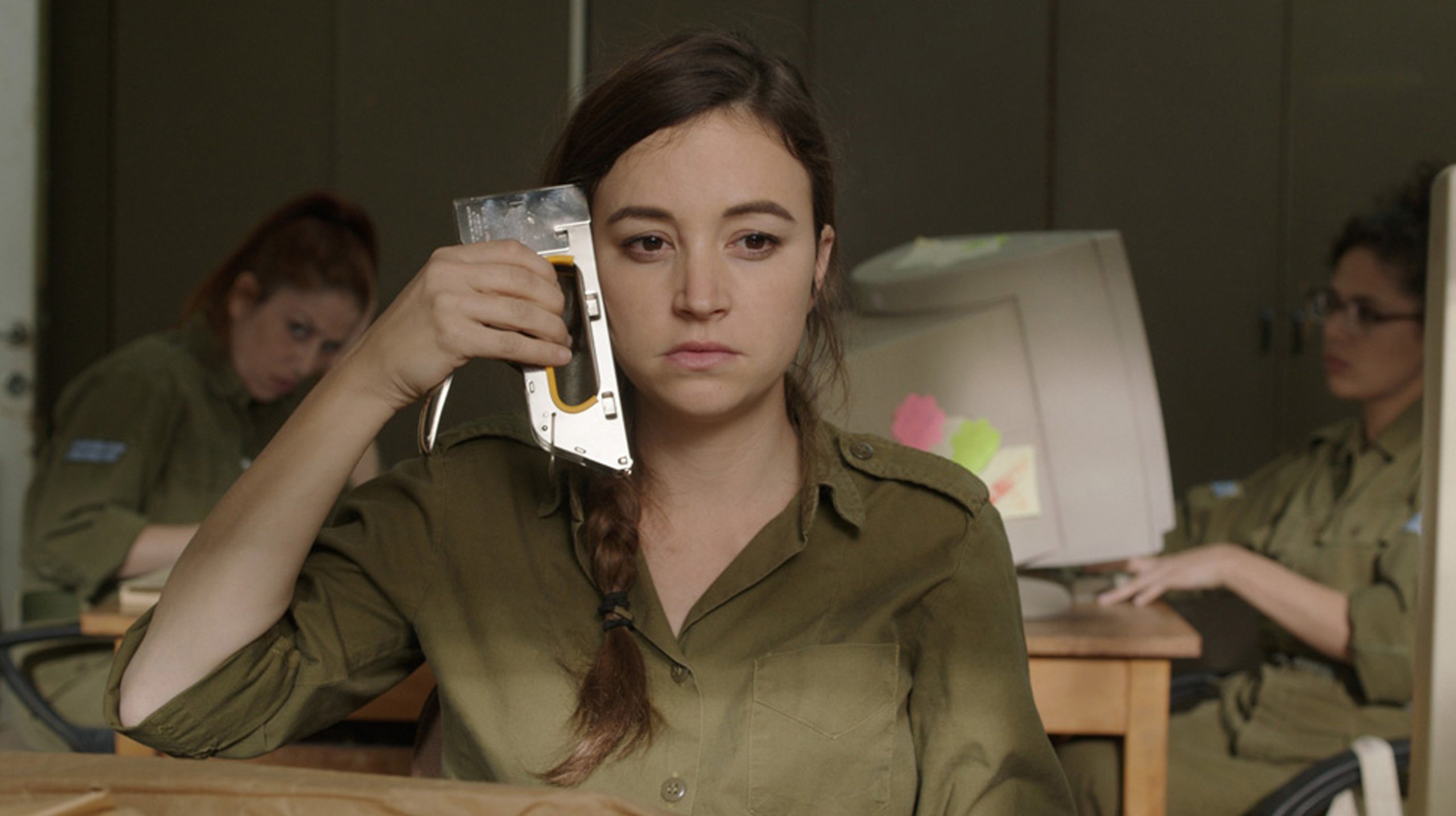 The Twin Cities Jewish Film Festival is spotlighting two female driven, award-winning films this week. Though the movies are completely different genres- Gett, The Trial of Vivian Amsale is a courthouse drama and Zero Motivation a dark comedy- they share the common themes of battle, survival and female empowerment. They also share numerous Ophir (Israeli Academy Awards) nominations including Best Actress and Best Screenplay. The critical acclaim comes as no surprise as both films have really struck a chord with audiences around the world.

Gett, The Trial of Viviane Amsalem tells the story of one woman’s journey to obtain a divorce from Israel’s Rabbinical Court. The entire film takes place in an Israeli courthouse where Viviane Amsalem, subtly portrayed by Ronit Elkabetz, fights for five years to be granted a divorce from her unwilling husband Elisha (Simon Abkarian). Through the Rabbinic Court, Viviane tries to persuade her husband to dissolve their marriage, because due to Jewish law a man must consent to the divorce.

Gett is a powerful film that illustrates the far-reaching and destructive effects of divorce. In a day and age where divorce is all too common, Gett has really resonated with moviegoers. Since its premiere at the Cannes Film Festival in May, it has received significant attention and accolades. Gett won the audience favorite award at the Jerusalem Film Festival and took home Best Picture at the Israeli Academy of Film and Television’s Ophir Awards last month. Those awards most likely led to Israel’s decision to nominate Gett as its entry into the Academy Awards for Best Foreign Language film. Its story of determination, strength, and perseverance, along with the powerful performances of its actors, has made Gett a strong Oscar contender.

Zero Motivation is also earning high praise, having nabbed two big awards at the Tribeca Film Festival this year. It is a zany, dark and comedic portrait of everyday life for a unit of young, female Israeli soldiers. Variety, referred to it as “a black comedy full of unexpected twists and turns that inventively recasts conflict in decidedly non-heroic, absurdist terms.” The film is an insightful, poignant look at what life is really like for women in the Israeli army. Rather than getting to join their male counterparts on the battlefield, the compelling action takes place between the female characters in an office where they must combat boredom by pushing paper and counting down the minutes until they can return to civilian life. Though the film mostly stays away from the politics of war, it delves into the toll it has on the personal lives of its soldiers. The real fight takes place when they wrestle with figuring out their identity in life.

Zero Motivation premiered on Saturday, October 25th at 7:30pm and has an additional screening on closing day, Sunday, November 2nd at 7:30pm.

Advanced tickets are $10. Same day tickets are available for $14. Space is limited so advanced ticket purchases are recommended. Tickets are going fast and you don’t want to miss your opportunity to see these much buzzed about films!

Additional information regarding Gett, Zero Motivation, and the other films featured in the Twin Cities Film Festival can be found at www.tcjfilmfest.org

Molli Mayeron is a Minneapolis native who worked for 10 years as a producer in New York and LA before returning to the Twin Cities last year. She has produced shows for networks including NBC, MTV, and VH1 and recently worked for E! Entertainment where she produced the red carpet for the Oscars, Emmys, Grammys, and Golden Globes for many years.

(Photo at top from Zero Motivation)