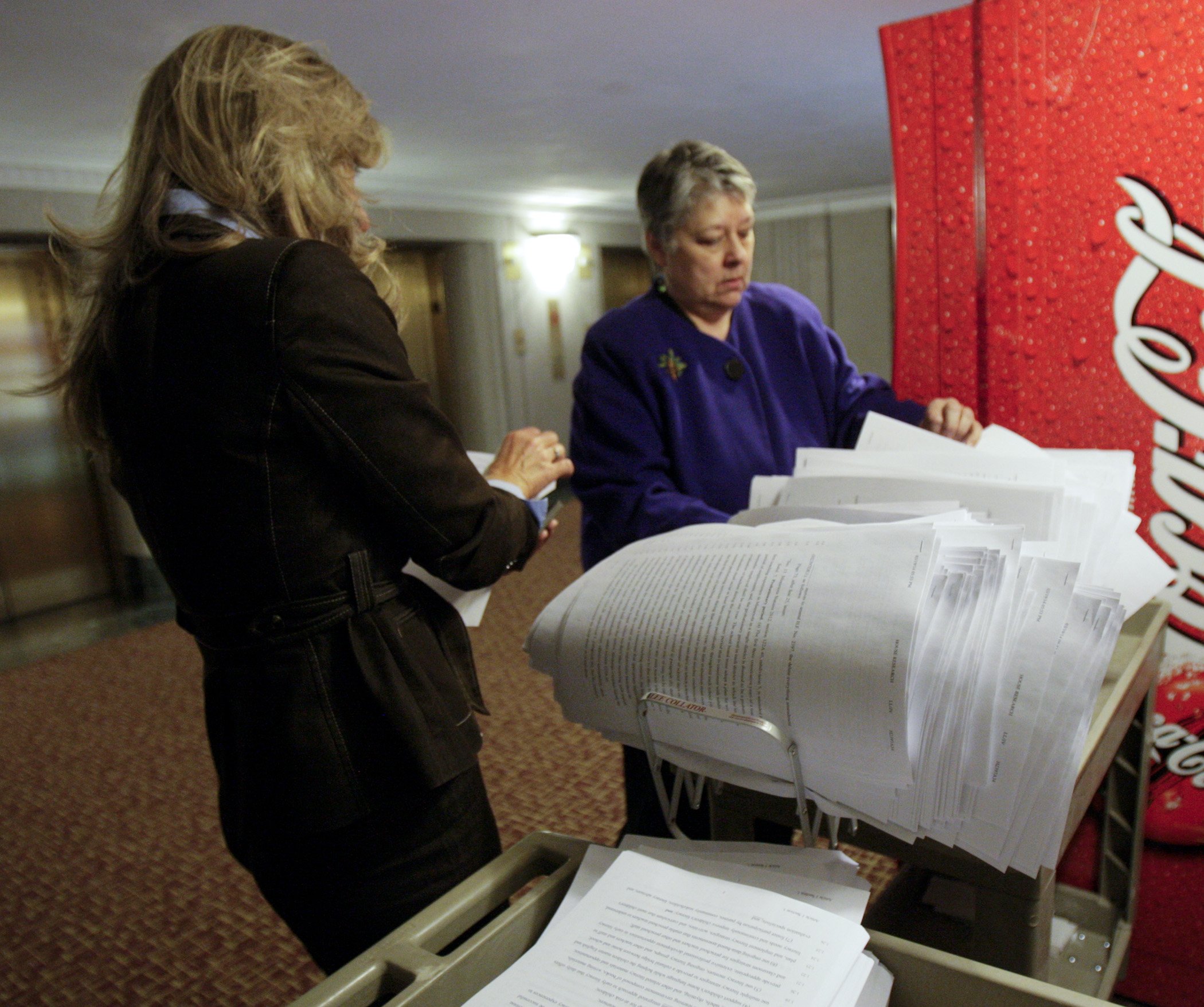 Some 23 amendments awaited HF2397 when the House Education Policy Committee began its review of the omnibus bill on Thursday morning. The bill is a diverse collection of policies dealing with bilingualism to lotteries and allowing schools to donate unused food. Sponsored by Rep. Carlos Mariana (DFL-St. Paul), discussion is expected to continue tonight and tomorrow where it will likely move out of committee.

An amendment sponsored by Rep. Barb Yarusso (DFL-Shoreview), and successfully added to the bill, deals with skills examination for teacher licensure. It drew heavy debate this the morning.

“At the moment, it represents the best point you can get,” she said of incorporating the student results of the ACT and SAT tests as a mean of verifying teacher competency.

The bill has a heavy emphasis on English language learners and world language proficiency.

It would have school districts and charter schools award elective course credits in world languages to students showing proficiency in languages other than English. It directs the Minnesota State Colleges and Universities system to award foreign language credits to students who receive a bilingual or multilingual state seal of proficiency.

In other provisions, the bill directs the education commissioner to review and revise state academic standards every 10 years, beginning in the 2015-2016 school year with the math standards.

The bill would require school districts with more open enrollment applications than available seats in a given grade level to hold a lottery to determine which nonresident may enroll in the district. It would require districts to give priority to certain students, such as the siblings of currently enrolled nonresident students.

In another enrollment provision, the bill would require certain charter schools to give enrollment preferences to students and their siblings living within a 5-mile radius of the school.

A bill provision put forward by Rep. Bob Dettmer (R-Forest Lake) would direct the Minnesota State High School League to adopt rules to reduce barriers for students with disabilities who transfer between school districts, making them immediately eligible to participate in varsity sports.

Under its nutrition article, the bill would allow school districts and community organizations participating in the federal nutrition meal programs to donate unused food to food shelves, under certain conditions.

The bill’s Senate companion, SF1889, sponsored by Sen. Patricia Torres Ray (DFL-Mpls.), has been referred to the Senate Education Committee.