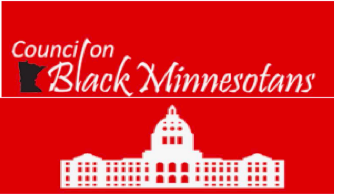 In the new movie Selma, Martin Luther King, Jr. works tirelessly to integrate Black Americans socially (education, opportunity), economically (jobs, housing), and politically (voting, holding office). He understood “American” refers not to race, religion or country of origin, but to the ideal of “truths to be self-evident, that all men are created equal…with certain unalienable rights.”

Our leaders have taken their eyes off this prize, turning the Civil Rights Movement into a rewards program for Black “leaders,” not Black communities. On March 8, 2015, this genie of truth was exposed when an “alert” message was sent by Council on Black Minnesotans (COBM) Executive Director Ed McDonald, identifying House and Senate bills calling for gutting the COBM’s power to look into the issues of diversity, affirmative action, or complaints of violations of the rights of Black Americans in Minnesota.

Mr. McDonald identified the legislation and the sponsors and asked his board to authorize him to file suit in the federal district court in St. Paul. The COBM Board, with the exception of two members, refuses to endorse this legal action.

Do not these actions reflect how Black American leaders and White Liberal leaders (Democrat Farm Labor/DFL Party) contributed to our Losing the Race: Self-Sabotage in Black America, and how The Dream [became] the Nightmare, as they try to shift blame in their finger-pointing at White Republicans?

For a decade I have written on the failure to integrate Black Americans with White Americans in stadium and arena construction (Twins, Gophers and Vikings). Is not H.F. 1353 and COBM’s refusal to file suit nothing more than an attempt to escape accountability regarding the lack of employment of Blacks on the stadium? Next week we will show in this column that a total commitment has been made by State officials to provide false information regarding the 32 percent participation doctrine. The Human Rights Commission of Kevin Lindsay supports this and is “coincidentally” being rewarded with $2 million in additional dollars for the Commission.

House File 1353 will block COBM’s right to review or retrieve all statistical data and other documentation pertaining to both the construction and procurement of services, goods and supplies, relevant to the construction of the Vikings stadium, whose cost has risen from its original projection of under a billion to $1.4 billion. (How much more and who pays?)

This comes three weeks after I asked COBM Chairman Laurence, on my radio program, to provide the actual figures by April 1, 2015. We heard rumors of retaliation against Chairman Laurence and Executive Director McDonald for stating they would retrieve the true numbers.

This comes on the heels of the Star Tribune retrieving documents and information from a civil rights violation complaint filed by this columnist in 2007 exposing the gross misdemeanor committed by State and City officials. (As of this writing, its findings have not been reported.)

As we have written since 2007, the investigative report is in the archives of the Minneapolis City Attorney. We encourage those interested in justice and fairness to request copies of the complaint and the executive summary issued in early 2008 and referred to in this column on a number of occasions since then.

H.F. 1353, if passed, will bring to an end the investigative powers of COBM as a functioning body within state government. It reminds us of the sneak attack on Pearl Harbor and the assassinations of Malcolm X and Martin Luther King, Jr., as this legislation, if passed, will dismantle the ability to account for promised labor inclusion of Black Americans.

I will continue my efforts to get accurate and correct information released, so help me God.