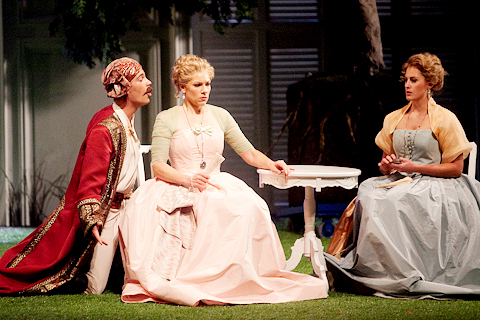 Prior to Thursday night, my experience with opera consisted of my grandmother’s ad naseum broadcasting of her Three Tenors cassette tape during our summer vacation visits, and seeing my sister perform part of Mozart’s Cosí fan tutte during her sophomore year of college. So, while it was technically just the final dress rehearsal, you could say that my attendance at the Minnesota Opera’s performance of Cosí fan tutte on September 22 was my first real opera experience.

Before the performance, members of the blogging community joined representatives from Tempo (an organization intended to make operagoing more accessible for young professionals ages 21-39) at Sakura for hors d’oeuvres and an opportunity to hear from conductor Christopher Franklin. Franklin gave us a bit of back story for the performance we were about to see. Così fan tutte, he explained, loosely translated means “they all (feminine) do it.” The storyline follows two gentlemen, convinced their fiancees will never be unfaithful. Overhearing their conversation, Don Alfonso bets them that their women, as all women, are fickle in nature and would betray them in no time. The men stage a departure for war, returning disguised as Albanians, and attempt to win the affections of the other’s fiancee. Encouraged by Don Alfonso and maid Despina, the women are wooed until they fall for the Albanian men and agree to marry them.

I’ll be honest, I wanted to hate the opera. Or, as far as I knew, I did hate the opera. Opera is an auditory assault, I thought, reserved for an upper crust elite to which I do not belong. I snorted each time I mentioned I would be attending and went prepared to unleash a Twitter stream of scoffing and mockery.

But I didn’t hate it. In fact, I rather enjoyed it. The opera, or at least this opera, was funny. It was smart and witty; subtle, yet over the top. Assisted greatly by the subtitles displayed via screen above the stage, I was drawn into the story. I laughed. Lines like “rage torments my soul until I die of anguish” appealed to my Scorpio’s burning inner nature and appreciation of cheap melodrama. The set design was simple yet beautiful, the costumes ornate, the acting charming and the voices impressively powerful. We were reminded that the singers would be saving their voices for opening night and official performances, that we weren’t to review them, but I can’t imagine what more they could have given us.

“Wasn’t that fun?” house photographer Michal Daniel said to me as the the show wrapped. And I could answer with all honesty that it absolutely was. I felt a little silly, a little late to the party to have discounted the entire genre, but pleased to have been corrected.

The show, directed by Peter Rothstein, plays through October 2 at the Ordway Center for the Performing Arts. If you are amongst the opera-unitiated as I was, I might suggest a viewing. 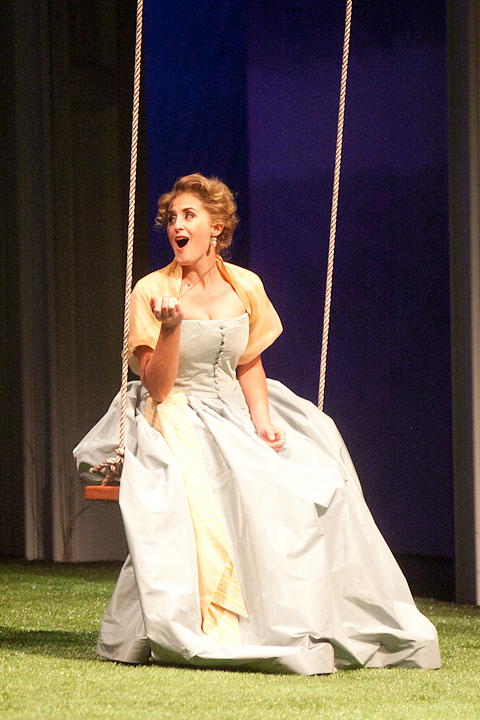 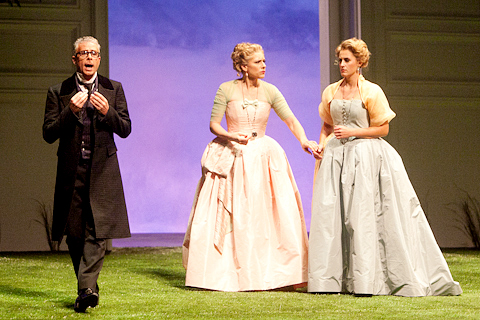 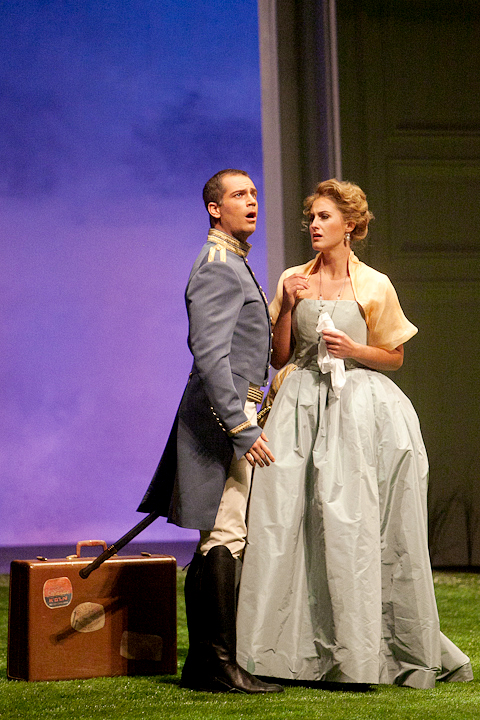 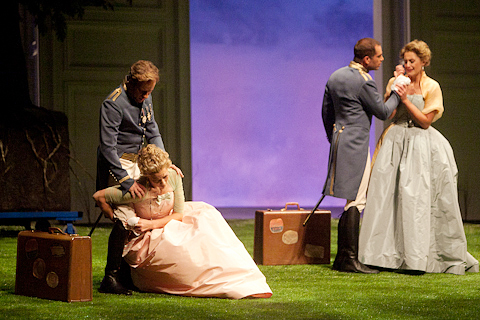 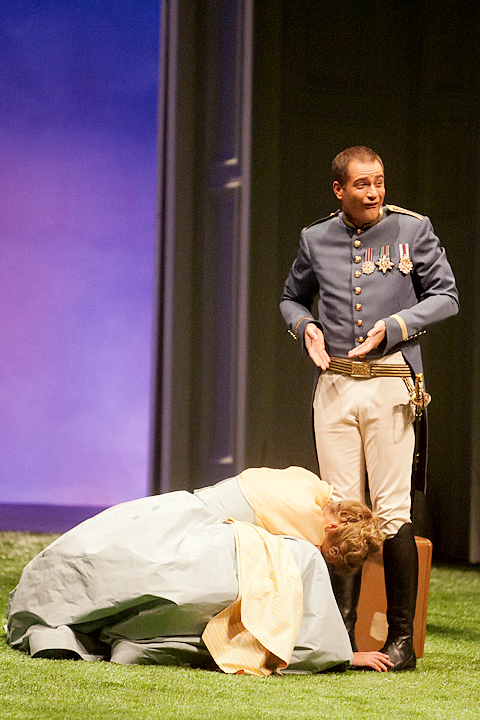 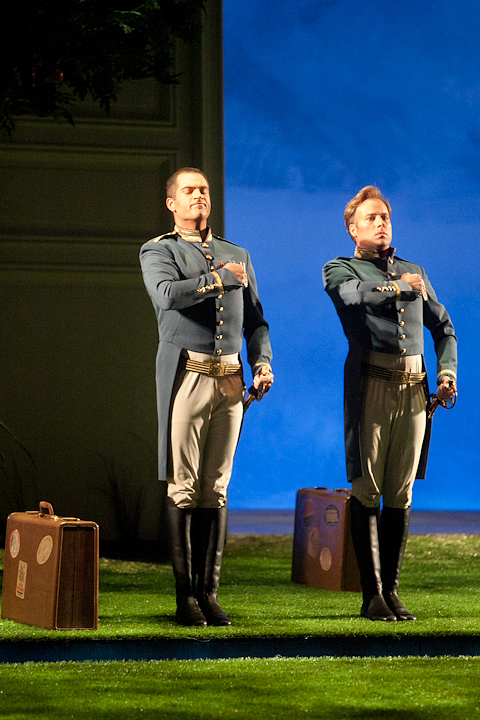 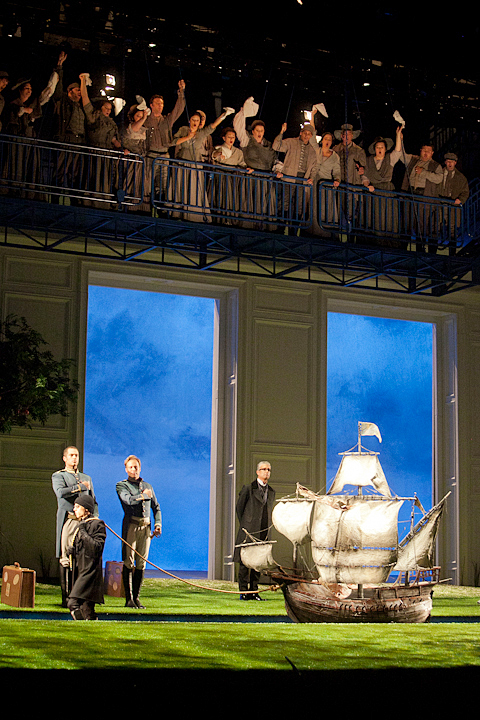 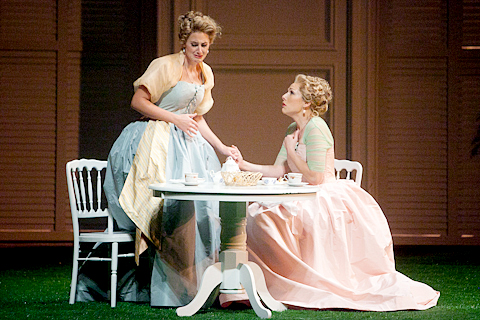 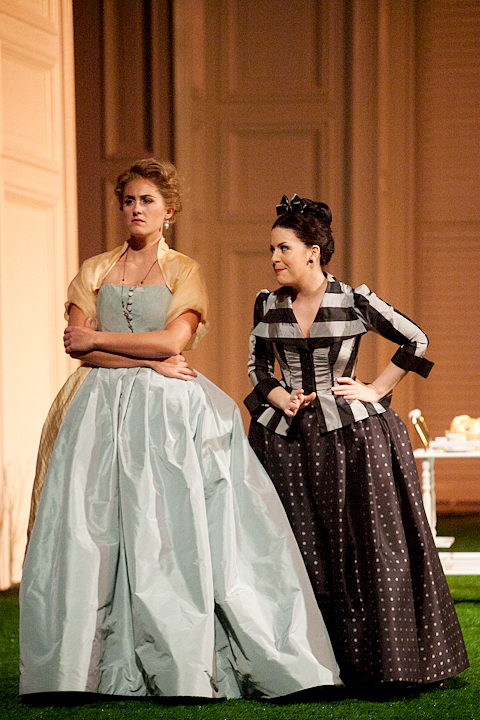 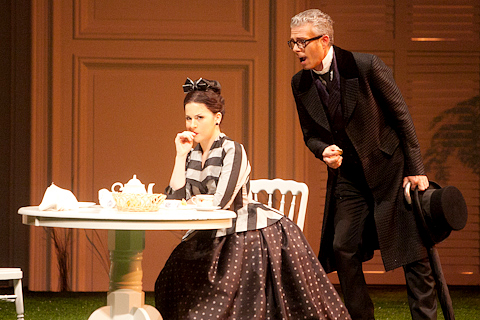 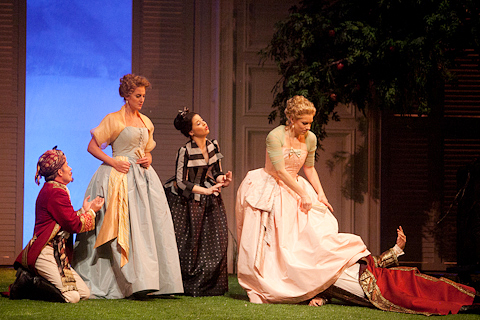 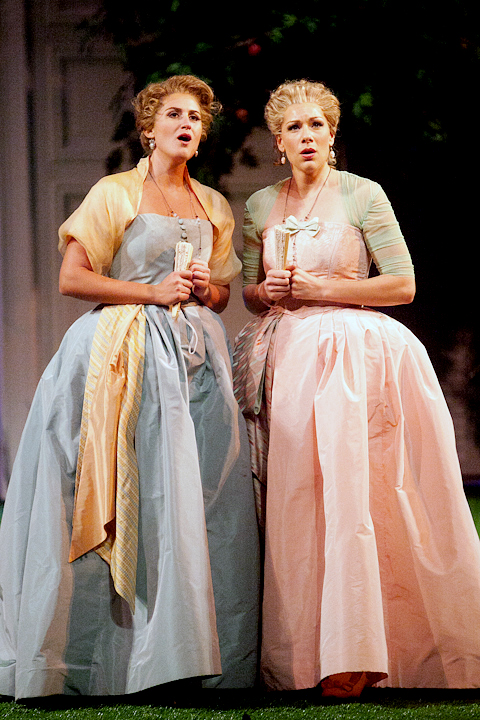 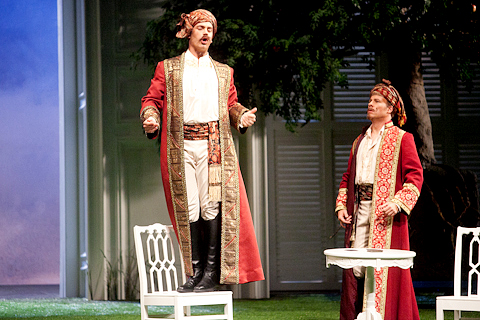 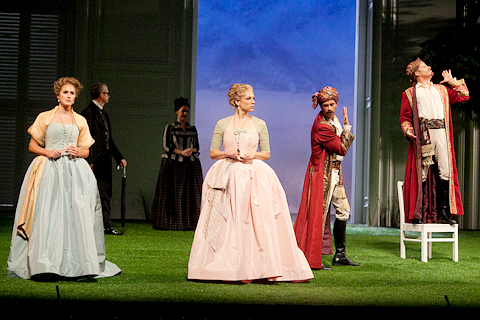 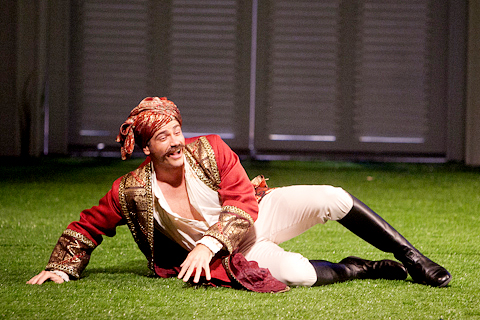 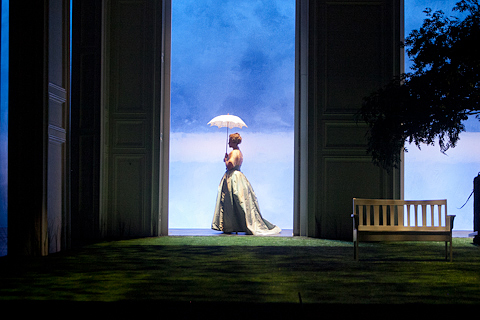 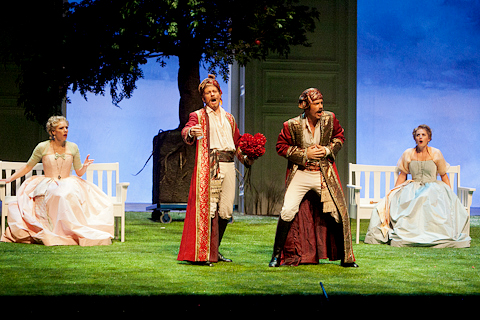 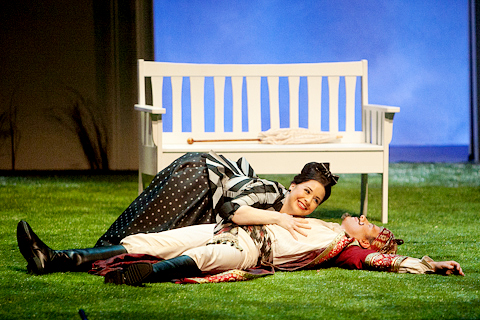 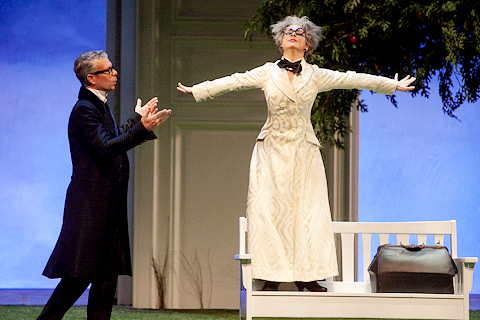 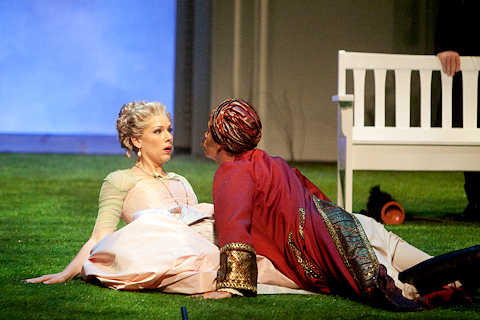 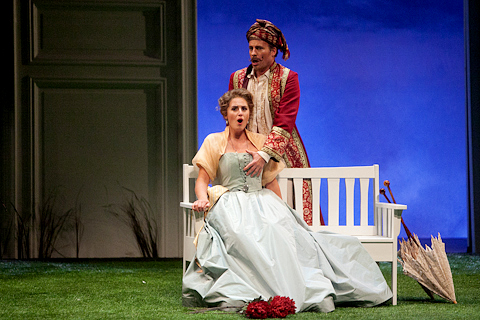 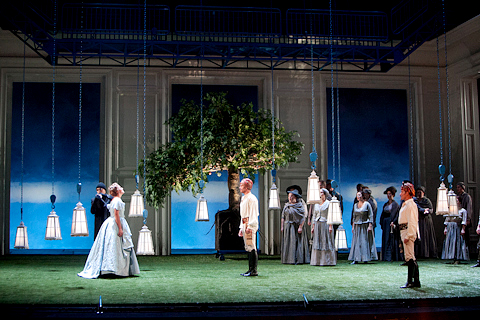 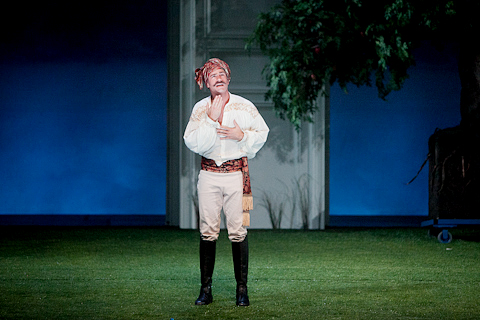 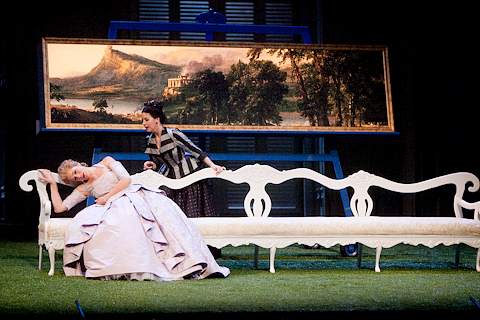 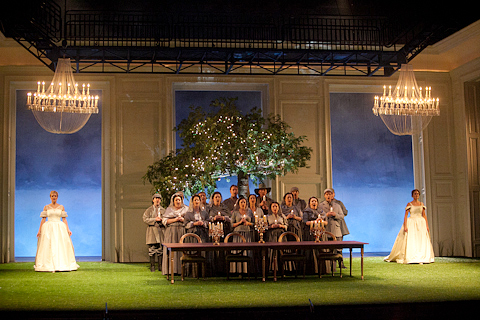 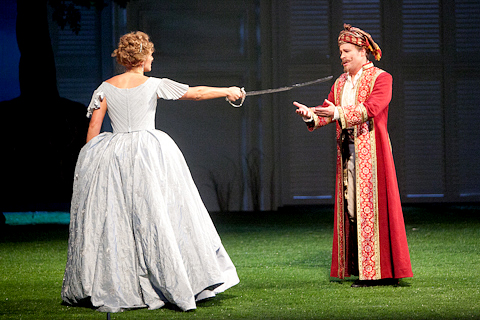