November 9, 2012: The final three Minneapolis precincts have been counted and reported, and the winner of the District 4 school board seat is Josh Reimnitz. The unofficial but complete count came in on Friday, after a hand count of three precincts where a defective border on the ballot prevented machines from counting the ballots.

November 7, 2012: In the Minneapolis school board contest, while initial results on the Secretary of State website showed Teach For America alum Josh Reimnitz winning, that may not hold. Though the website shows 21 of 21 precincts reporting, three of those precincts are being hand counted, and results will be announced on Thursday morning. 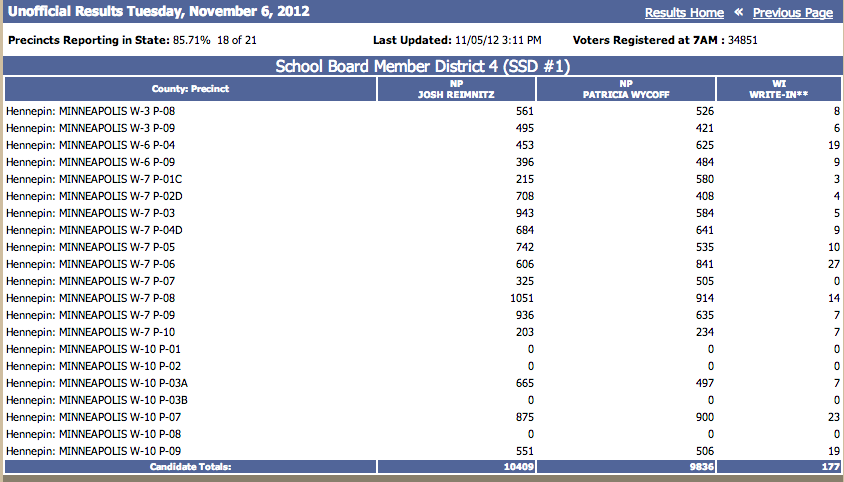 Incumbent Carla Bates coasted to victory with 73 percent of the vote, and Tracine Asberry and Kim Ellison both ran, and won, unopposed.