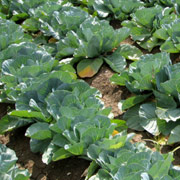 Subscribing to a CSA farm involves assuming risk. This is the community supported agriculture model in a nutshell. Because I value weekly deliveries of locally-grown fresh produce, farmed by a lanky guy who works an impossible dawn-to-dusk-and-then-some schedule, I shoulder a portion of the farmer’s gamble.

In farming, bets are rarely won or lost in absolute terms. During the 1870s in southwestern Minnesota, three successive years of Rocky Mountain locusts wiped out three successive crops. This experience drives Laura Ingalls Wilder’s “On the Banks of Plum Creek” novel. Her father was compelled to travel east, working as a seasonal laborer to earn replacement income, illustrating a rare complete farming loss.

Southeastern Minnesota is on the edge of the nasty national drought map. Houston county farmers aren’t staring at crisp, stumpy corn plants like Kansas farmers must endure but the heat and lack of rain affect this year’s crop. My risk has been realized.

Norm-the-Grower noted in his weekly newsletter that irrigation can’t truly offset rain.  Consequently, we won’t be seeing cabbage or cauliflower this year. The broccoli, he warned, tasted good but looked ugly. He was right on both counts.

Norm manages risk and serves his customers by planting a wide variety of produce. He clearly enjoys experimenting and, as his subscriber-partner, I benefit. As I noted in Cornucopia, Ch 9, the previously unknown tatsoi is now a valued leafy green in my diet.

Even without Norm’s cabbage and cauliflower, I’m still coming out ahead. As a family, we’re eating better. As a state, Minnesota financially benefits from CSA commerce. And, as a farm boy, I value a day-to-day farming connection in my life. That’s not a bad trade-off for drought-scorched cabbage.