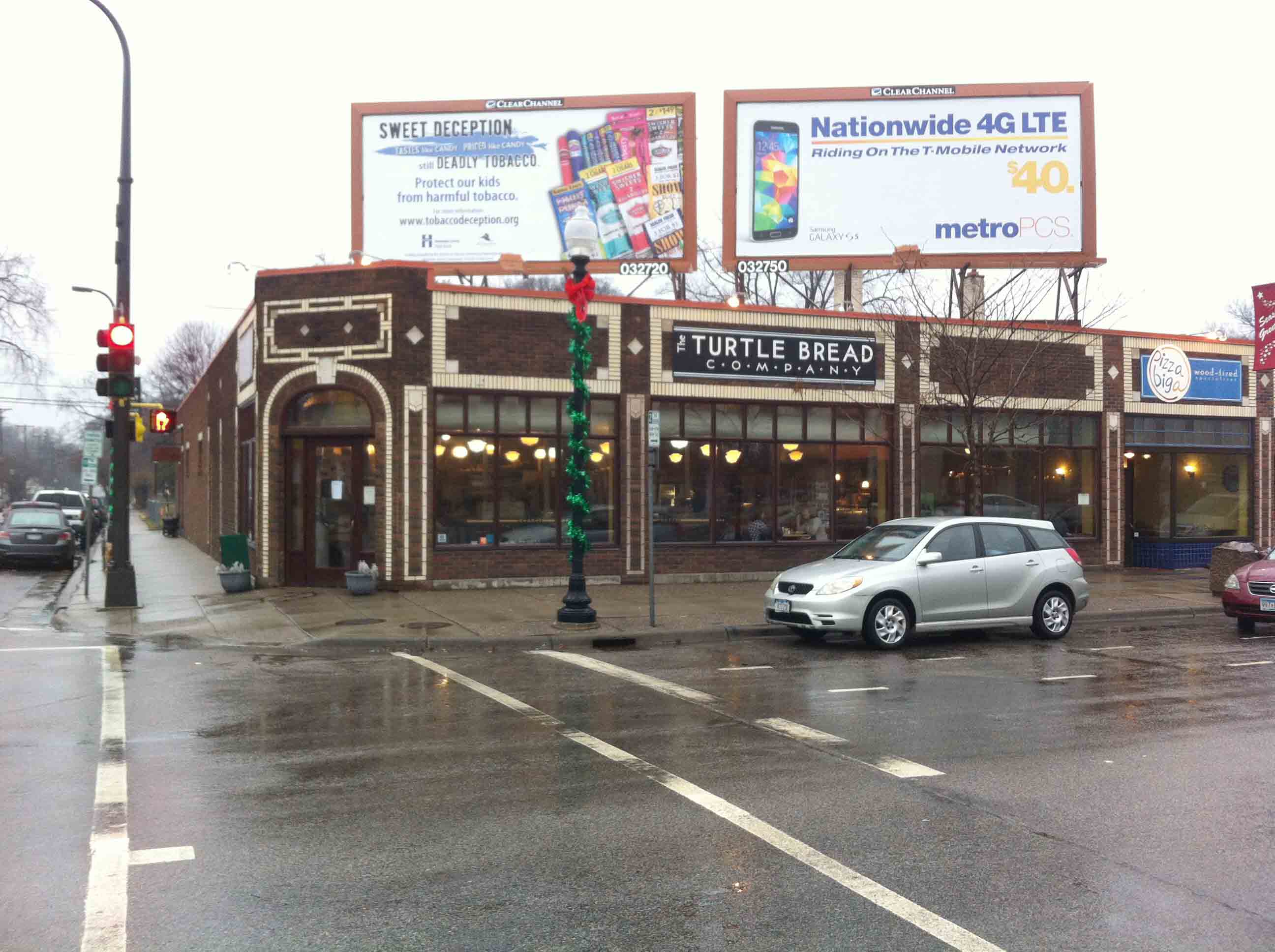 There are certain urban designs that cannot be improved upon. One of them is the neighborhood store with its doorway opening onto the corner. I recently discovered that one of the best examples was repeated a dozen times throughout the Minneapolis neighborhoods that developed in the 1920s. All feature the same decorative brickwork, including a white arch over the entry, which faces the corner at a 45 degree angle.

Having stumbled onto this obscurity, I had to find them all, so here they are. In fact there are subtle differences and I even found one with two stories. As the photos show, they can be adapted to any use and have attracted some notable tenants, such as Patisserie 46 at 46th and Grand, Turtle Bread at 48th and Chicago, and Victory 44 Café at 44th and Penn Ave. N. They can also be abused. Why anyone would paint over the brickwork is beyond me, but there you go. It’s fun to see such a utilitarian structure gussied up with some decorative masonry.

My search was confined to Minneapolis and revealed these locations.

If readers know of examples elsewhere, please chime in. One block is bookended by two of these storefronts. This is 34th Avenue S. at 45th Street. The other end of the block, at 46th Street. Why did they paint over the bricks? Inside Turtle Bread at 48th and Chicago. This is how you hold the corner. 46th and Grand, viewed through a rain-streaked bus window. 36th and Bryant Ave. S. Clearly I picked the wrong day to do this by bus. The corner space is actually a neighborhood grocery store, with the rest of the building a coffee shop and hardware store. The ice cream store on 28th Avenue S. at 50th Street, just east of Lake Nokomis, has a variation of the brick pattern.