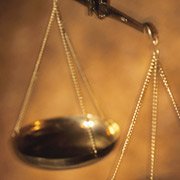 Cooperative business leaders and community development activists will study the almost invisible but 230-year history of African American experiences with co-ops, including credit unions and mutual insurances, at a series of major events this month in the Twin Cities.

This history continues to be relevant today because America’s population is changing. People of color are still marginalized and face barriers to accessing capital and markets, said Jessica Gordon Nembhard, author of a new book that traces African American cooperative action back to 1780 in Rhode Island.

“This is as much an economics book as it is racial (history),” she said of her Collective Courage: A History of African American Cooperative Economic Thought and Practice.” Even when new Minnesotans, or new Americans don’t encounter racial discrimination, they still face obstacles to accessing capital and markets from lack of credit records or other barriers to doing business, she said.

The book is an outgrowth of 15 years of research on African American business ownership and collective action to overcome business obstacles and counter political barriers and interferences from white supremists that continued into the 1980s.

“I was interested in community economic development, particularly for people of color and African American communities,” she said. “I started finding community actions that were family-friendly, that were supportive of each other. Of course, I found black involvement with the cooperative movement.”

Sarah Pike of Victoria, executive administrator of the Association of Cooperative Educators professional group, said Gordon Nembhard has uncovered “a hidden American history that is important for all of us.”

It parallels the history of Minnesota and the westward expansion of America. On the Midwestern and Western frontier, distance from markets and lack of competitive local markets spurred farmers and small town people to form cooperatives and mutual aid societies.

For black Americans and immigrant ethnic communities, barriers to access were not geographical but had the same stifling impact on economic development and prosperity growth.

Tom Pierson, an independent cooperative consultant in the Twin Cities and president of the board for Northcountry Cooperative Development Fund in Minneapolis, did some of the research for Gordon Nembhard’s huge undertaking. However, he said, most Minnesota ties to the African American co-op history weren’t found in time for her first edition.

“There is an interesting local history but it’ll have to wait for her second edition or be written by someone else,” he said.

Nonetheless, the Minnesota Department of Human Rights signaled this involvement in its “Minnesota Sesquicentennial—150 years of human rights in Minnesota” listing of events. It noted the 1927 formation of the Credjafawn Social Club in the Twin Cities that opened a cooperative food store and credit union, offered college scholarships, and was a source of social activism that included work on integrating hotels.

This reflects Gordon Nembhard’s national history. About 100 years ago, black residents of various communities started credit unions to skirt Jim Crow laws and practices. North Carolina was especially active in these start-ups and had 55 such local co-op credit unions in the 1940s. There is still an African-American Credit Union Coalition continuing the legacy.

This being America, not all collective actions led to success. Gordon Nembhard’s book recalls instances when African-American worker-owned factories were ruined when white supremists got railroads and other vendors to deny supplies or services. In the segregated South, people who feared competition, among other reasons, often victimized black-owned farm and consumer co-ops.

This continued up into the late 1970s and early 1980s—200 years after the African Methodist Church created the African Mutual Aid Society in Rhode Island as America’s first known black-owned co-op. Meanwhile, the oldest continuing co-op is the Philadelphia Contributionship, a mutual fire insurance company started by Benjamin Franklin in 1752, which inspired thousands of similar mutual associations along racial, ethnic and regional relationships over time.

The target of the latest, lingering opposition to black cooperation was the Federation of Southern Cooperatives (FSC). Two Alabama senators and a future senator unleashed General Accounting Office (GAO) and FBI investigations to harass the umbrella co-op group.

This is noted because FSC, credit unions and the Collective Courage book are turning September into a back-to-school month for cooperators and community developers in Minnesota.

The National Cooperative Business Association has a Sept. 11 session on “Cooperatives and the Civil Rights Movement” at NCBA’s 2014 Annual Cooperatives Conference at the Depot Renaissance Hotel in Minneapolis, Sept. 9-11.

At the end of the month, Gordon Nembhard will make radio interviews and three local appearances to discuss her book and research findings. She will visit with young cooperators Sept. 26 at the Cooperative Youth Council’s three day “Convergence” in Minneapolis. Registration for the CYC3CyC is still open.

The author will address faculty, students and the public at the University of Minnesota’s Humphrey School on Sept. 29 during her visit.

She then makes a major presentation on “African American Cooperatives and the Struggle for Economic Justice” at a community discussion for CoMinnesota cooperative advocacy group and co-op partners. That discussion and book signing is open to the public at the Capri Theater, 2027 W. Broadway in Minneapolis, but advance registration is recommended.