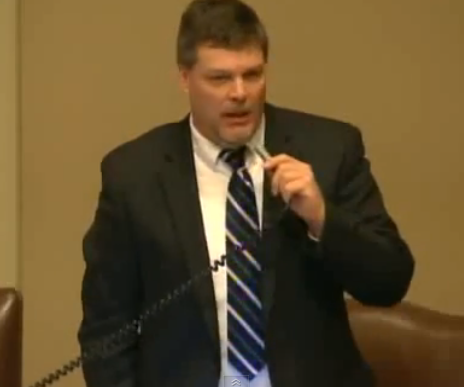 Rep. Jim Newberger (R-Becker) is against more funding for Minnesota’s North Star rail, a line that was originally supposed to go between Minneapolis and St. Cloud but has yet to be extended that far. During debate on a transportation bill Newberger said he’s against expanding the route because the tracks would go near St. Cloud’s prison.

“Boy, wouldn’t that be convenient, to have that rail line going from the prison to North Minneapolis,” said Newberger. After hearing some grumbling he quickly added, “or to any section of our state.” Boos were heard in the House chamber.

North Minneapolis is a neighborhood with a racially diverse population.

Newberger quickly apologized for naming North Minneapolis, “but that’s what came into my mind. It doesn’t matter, it could be any part of the city. But if you’re going to connect a large metro to a prison there’s going to be some concerns. I would be lying if I said there wasn’t.”

Newberger said in his “neck of the woods,” there’s a different name for the North Star. “We don’t call it North Star, we call it the black hole because that’s where all the money goes.”