The Anoka-Hennepin School District is defending its policies in light of lawsuits by six district students, unfavorable coverage on the editorial pages of area newspapers and a renewed national spotlight on the accusation of an unsafe environment for LGBT youth in the district’s schools. The district says its policies are not to blame for bullying in the district, but others have charged that the schools’ policy that limits LGBT discussions in schools is harmful to students.

“While polls show that Americans increasingly favor tolerance and equal rights for gays, Anoka-Hennepin is stuck in the past, hiding behind an ambiguous policy in the name of neutrality,” the paper wrote. “It’s simply wrong not to do everything possible to prevent harassment or bullying of children who may strike some of their peers as different.”

“Most teachers know the difference between leading a discussion and promoting personal opinions,” she wrote. “To think that inviting a frank exchange about relevant and urgent topics into the classroom is the same as endorsing a top-secret gay agenda (whatever that is) exposes an overly simplistic leap into faulty judgment. Children, especially teenagers, crave openness and candor.” 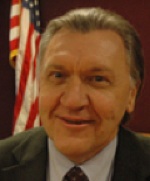 District superintendent Dennis Carlson (pictured, right) penned his own response to critics in a piece at the Star Tribune.

“In spite of all our efforts to be truthful and accurate, the wrong information was repeated in the media yet again,” he wrote. “So far, the role of those in media has been to pick a side and ignore all who might present information that doesn’t conveniently fit the one-sided story or editorial they are creating. We do not see gay students as living an abnormal lifestyle or as sinners. We see them as our students, accept them as they are and are proud to have each of them in our student body.”

While the district says it doesn’t see LGBT students as sinners, some who have rushed to the district’s defense do.

Janet Boynes, a self-described ex-lesbian whose book has been promoted by presidential candidate Michele Bachmann’s husband Marcus, penned a letter to the editor of the local paper.

“I rejected men and for 14 years lived in lesbian relationships. It was a counterfeit to God’s plan for my life. No one should be promoting Gay, Lesbian, Bisexual, Transgender (GLBT) behaviors. They are not born that way. There is no scientific evidence that proves they are. None,” she wrote. “If we really care about our young people, we will do everything to steer them away from homosexuality and transgenderism, and the unhealthy sexual acts that are a part of these lifestyles.”

On the other side, LGBT students in the district have taken matters into their own hands and hosted the first ever Anoka LGBTQ Youth Pride. About 300 people showed up to the event which was intended to show the district’s youth that the area is welcoming to lesbian, gay, bisexual, transexual and queer people.

Last Monday, a student filed a lawsuit against the Anoka-Hennepin School District, the state’s largest district, alleging that her school failed to adequately respond to bullying by classmates. It brings the number of students suing the district to six. CNN reported last month that the federal Department of Justice and the Department of Education are investigating reports of civil rights violations in the school district.