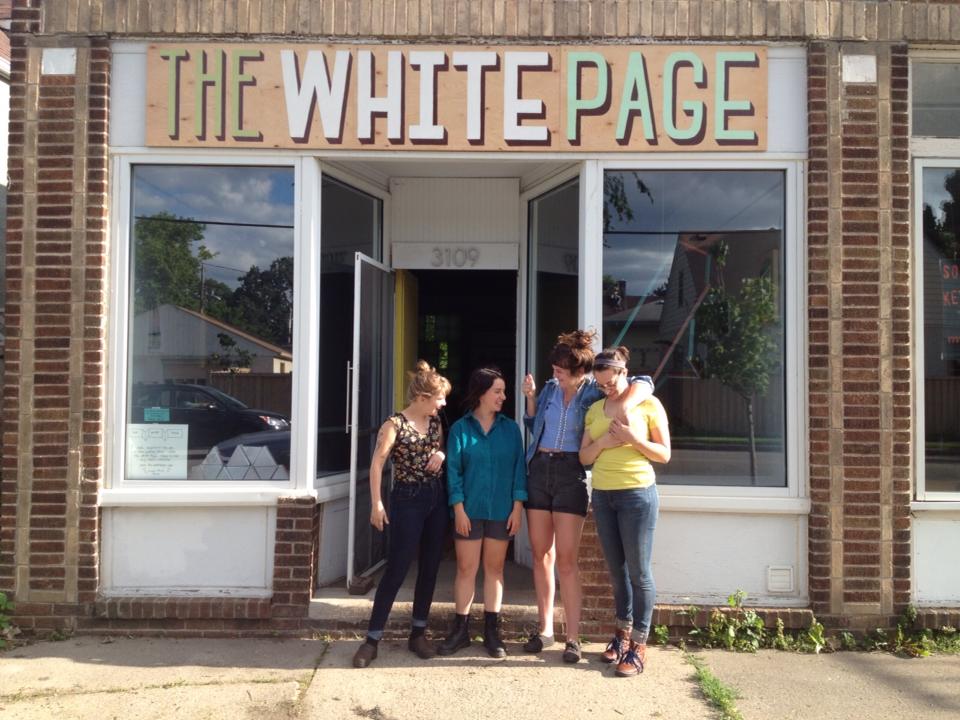 Plan to attend “Bring in the Indigo” at The White Page, a collectively-run art gallery, on Sunday, March 16 at 8 p.m.

Expect an evening of contemporary performance, spanning dance, theater, visual art performance, relational practices, music and hybrids of all of the above. The event is curated by Fire Drill (Emily Gastineau and Billy Mullaney).

The White Page is located next to Chris and Rob’s restaurant at 3109 E. 42nd St. in Minneapolis.

EVEN IF IT KILLS YOU
There’s still time to catch the exhibition “Even If It Kills You” by artist-in-residence Bryan Thomas Daly, which is up until March 8.

He says this about his work: “When I was a teenager and I wanted to leave society, I tried to use rock n’ roll as an escape hatch. So I tried to build a library of Alexandria from record stores, house shows and liner notes. I believed for a while that I was unearthing a secret lexicon: the true stories of race, class, sex and taste. For a long time I thought I had uncovered a more earnest mode of care, in opposition to the mainstream. Instead I had mystical visions of purity surrounded by only things I had bought. My version of rock n’ roll, I found, was not a secret but a merchandised path. Instead of escaping society, I became a more voracious consumer, a hard materialist, a secluded elitist and disenchanted with even pure experience. This work is of a love I built and found false, and a gambit to reclaim the feeling of something sincere.”

Daly grew up in Northampton, Mass. He attended Alfred University and received an English degree in 2011. Currently he resides in Minneapolis and is working as a teacher.

ABOUT THE WHITE PAGE
The White Page opened in the neighborhood last fall, filling the space emptied by the Mighty Swell vintage shop.

Sheldon is from Upstate New York. She studied painting at Alfred University. After school she spent a year in Sydney, Australia and then settled in Minneapolis.

Luger-Guillaume grew up in Waterbury, Connecticut. She went to Alfred University for art and education. She’s currently a lead toddler teacher at People Serving People.

Stiteler grew up in western Pennsylvania and northern Texas. She received her BFA from Alfred University focusing in ceramics; she works in a variety of mediums now.

Spangenthal is originally from western Massachusetts. She studied sculpture at Pratt Institute in Brooklyn, N.Y. where she received her BFA. She moved out to Minneapolis on a whim and found the cities to be a perfect place for artist growth.

These four artists have studio space in the basement. The fifth studio is filled by an artist-in-residence who changes every few months. Each artist-in-residence exhibits upstairs in the gallery space and collaborates with the four regular artists, as well as other Minneapolis artists. Apply online for the residency program.

Over $9,000 was raised through a kickstarter campaign to open The White Page.

Attend “Bring in the Indigo” at The White Page, a collectively-run art gallery, on Sunday, March 8 at 8 p.m.