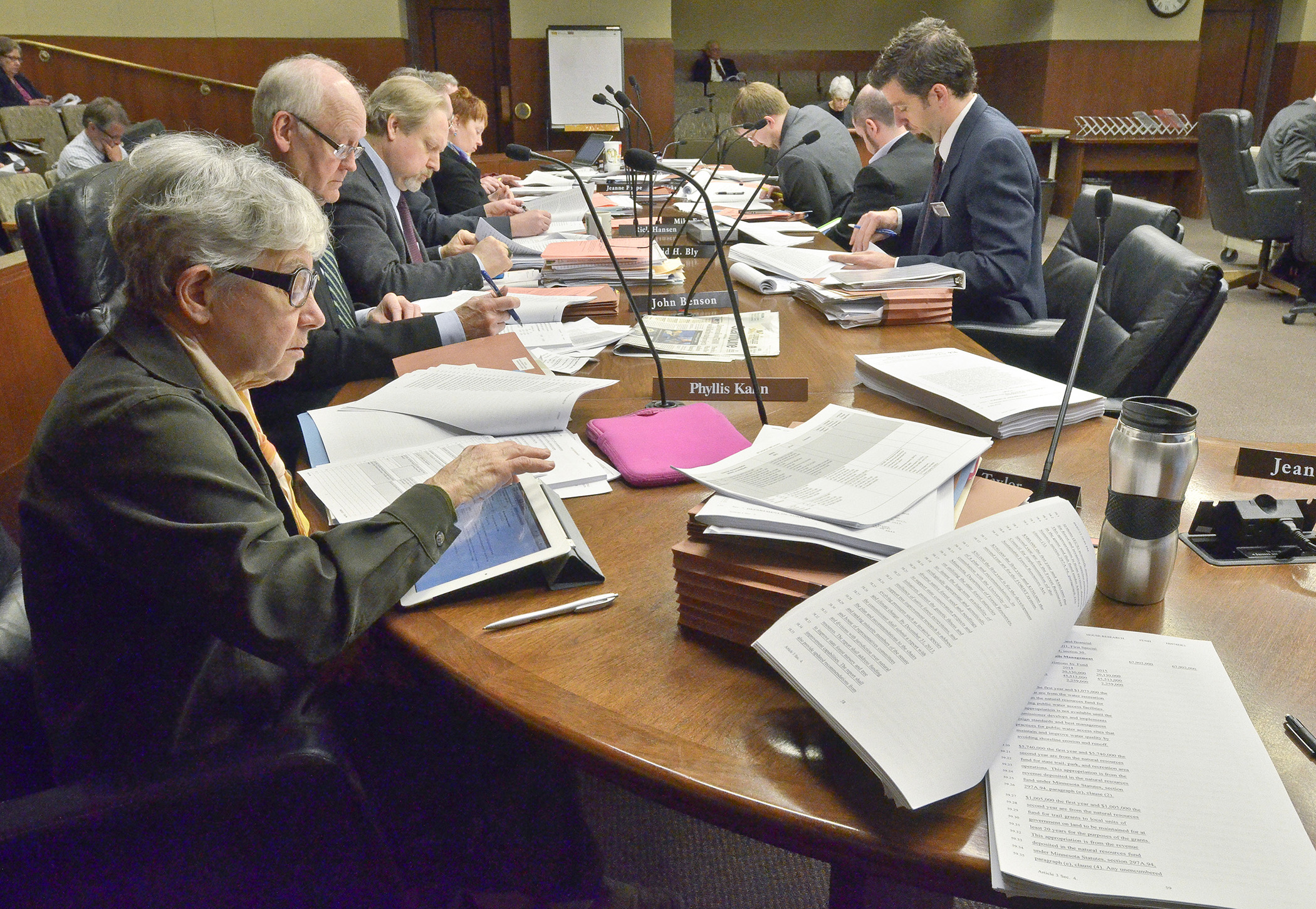 There’s $50,000 for commercial manure applicator manuals, $28.9 million for grants to county recycling efforts, and dozens of other appropriations proposed by HF976 — the omnibus environment, natural resources and agriculture finance and policy bill. Together, they total $837 million in expenditures for the coming biennium.

Much of the money would fund environment and natural resources programs and initiatives ($755.1 million), while the remaining $82.4 million is dedicated to agriculture.

The Department of Natural Resources would receive $476.5 million for the biennium in the bill, while the Pollution Control Agency would get $171.7 million and the Department of Agriculture $67.3 million.

The DNR would receive $13.2 million during the biennium to fight invasive species, and $20.4 million in appropriations are designated for the Department of Agriculture to, among other things, fund businesses and organizations working to produce bioenergy.

Other financial highlights of the bill include:

The committee is scheduled to meet Tuesday evening and again Wednesday morning for testimony on the bill, as well as amendments, before a vote is taken.