The federally subsidized student loan interest (Stafford) rate expires on June 30, 2013. At that time, the undergraduate loan rate doubles from 3.4% to 6.8%. Historically, rates were set at 6.8% for both undergraduate and graduate students, until, in 2008, undergraduate rates steadily declined to the present 3.4% Congress must act or undergraduate rates will automatically return to 6.8%. Congress should set the rate equal to the 10-year Treasury bill rate. Here’s why. 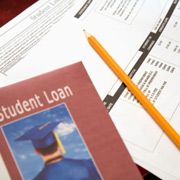 The conservative-led House Committee on Education and the Workforce (chaired by John Kline, R-MN) recently passed a bill to set rates, for both undergraduates and graduates, at the 10-year high yield Treasury bill–plus an additional amount. The rate will be fixed each year, as of May 31, for the subsequent year. For undergraduates, the rate for the first year on a new loan would be equal to the 10-year T-bill rate plus 2.5%; for graduates, the rate would be equal to the 10-yr T-bill rate plus 4.5%.

As of Tuesday, May 28, the 10-year T-bill rate was 2.15%, making undergraduate rates 4.65% and graduate rates 6.65%. Since market interest rates are presently low, it is likely that student loan rates will go nowhere but up in succeeding years. Kline’s committee rejected Democratic amendments to set the rate at the same level that banks receive from the federal government, and to extend the 3.4% rate for an additional two years.

In addition, Kline’s bill proposes “variable” rates. According to the House Committee Report, the bill “would change the interest rates for all new federal loans to students and parents made on or after July 1, 2013, from a fixed interest rate set in statute to a variable interest rate, adjusted annually.”

According to the Federal Reserve Bank of New York, almost 13 percent of student-loan borrowers of all ages owe more than $50,000, and nearly 4 percent owe more than $100,000. Economist Joseph Stiglitz notes that approximately 17 percent of student-loan borrowers were 90 days or more behind in payments at the end of 2012. If student loan interest rates go up, this problem is going to get worse.

There is bipartisan agreement that student loan rates should move with the market. The 10-year T-bill rate is most often cited as the appropriate benchmark. Congressman Keith Ellison and Senator Elizabeth Warren (D-MA) suggest loans should be set at the federal discount rate, currently 0.75%. While this rate has curb appeal because it is so low, such a rate does not make sense from a fiscal perspective.*

Every federal program should, unless there is a strong policy reason to the contrary, be self-sustaining. Since student loans on average are paid back in 10 years, the 10-year Treasury rate makes sense for this program. Perhaps more importantly, the 10-year Treasury rate is what it costs the federal government to borrow money. To be self-sustaining, the program should cover its costs—by charging to students the same rate it costs the government to borrow money.

The Congressional Budget Office projects that the Department of Education will earn over $50 Billion in profits in 2013 (and at least $8 billion per year through 2023) based on the current interest rate structure. While there is some debate about the accuracy of this number, under Kline’s proposal, DoE profits would increase. Curiously, his bill excludes this profit from the “Pay as You Go” requirements of federal budgetary law.

*Minnesota 2020 editor’s note: When it comes to the merits of the Warren Plan, Alex Christensen will argue an alternate view in a blog tomorrow.