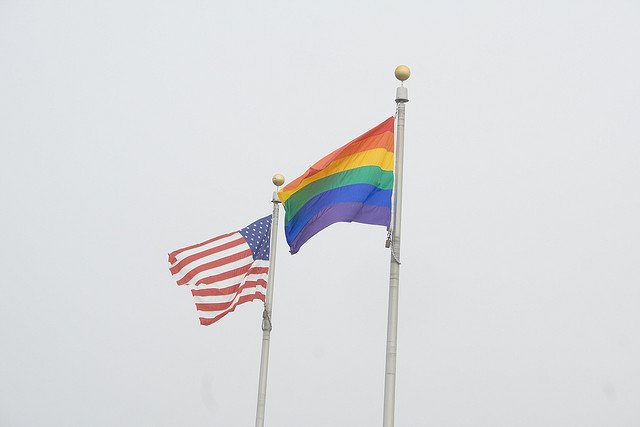 Two years after the Anoka-Hennepin School District entered into a consent decree with the U.S. Department of Justice after multiple suicides of LGBT students, and a lawsuit by six students alleging rampant bullying and discrimination, conservative Christian parents continue to fight the inclusion of LGBT students in the district.

At the June 30 school board meeting, the board heard the recommendations of the Anti-Bullying/Anti-Harassment Task Force, a group established by the consent decree. The task force is composed of 29 parents, teachers, principals, district administrators, and additional community members who are charged with making developing ways to make Anoka Hennepin Schools safer for students.

The task force presented 5 recommendations which included: Increase messages of kindness in the Anoka-Hennepin community, provide comprehensive communication about safety and inclusiveness for all people in our schools, increase adult presence in unstructured common places in middle schools through the use of volunteer school ambassadors, and increase awareness and acknowledgement of the variety of family structures & characteristics.

But it was Recommendation 3 that has caused outrage amongst Anoka-Hennepin’s conservative Christians. That recommendation reads:

Recommendation 3: Honor and celebrate the contributions of diverse people and families in our community, country, and world, including the LGBT community. In an effort to affirm and celebrate the diversity represented by district students, families, and employees, the Task Force recommends Anoka-Hennepin Schools recognize, affirm, and assess specific LGBT activities including, but not limited to, continuing to support student-led Gay Straight Alliance clubs; hosting school-related family nights for our diverse populations, including LGBT families and LGBT students and their parents; and creating public displays honoring LGBT history month each October beginning in 2014.

During the June 30 meeting, the school board heard from task force member Bryan Linquist who used thinly veiled language to urge the board to reject Recommendation 3 [find video of the meeting at the Anoka-Hennepin School District Streaming Media Archive].

Linquist notes that he opposed the recommendations even though he wasn’t there to vote on them. “I was not present for the voting or part of the 19 that voted to move all 5 recommendations forward.”

Beth Hentges is also a member of the task force. She countered Linquist’s statements to the board.

“Recommendation three does not tell anyone what to believe or how to believe or how to act. It’s simply an awareness campaign of the history of one particular group of marginalized people and is a way students who may be questioning whether they are LGBT to see themselves in the broader community and to feel less isolated and to learn our own history, and as a way for for elementary kids whose parents may be LGBT to see their families represented at school sometimes. School should be a window and a mirror and it needs to be both.”

While Linquist didn’t mention the LGBT content of the recommendations, his compatriot Barb Anderson, did. 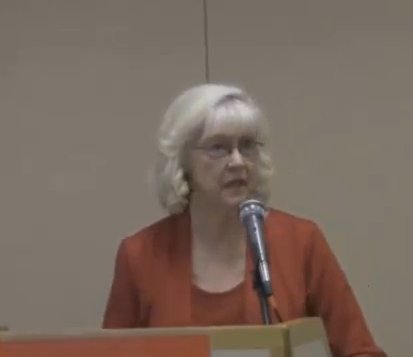 The Parents Action League is a group of conservative Christians led by Barb Anderson (left). Bryan Linquist is a member. The group’s rhetoric about LGBT people has been so misleading and damaging that the Southern Poverty Law Center has listed PAL as a “hate group.”

In a letter to the editor of ABC Newspapers on July 9, Anderson excoriated the recommendations.

“On June 30 the Anoka-Hennepin Anti-Bullying Task Force presented their five recommendations to the school board — four of which will be a detriment to religious freedom, and the safety of all students due to the unbalanced platform in favor of the controversial homosexual viewpoint,” she wrote.

She warned that the recommendations would lead to “exposing all school-age children to same-sex parenting and transgender families through curriculum and guest speakers in the classroom.”

She asked, “If one student tells another student that homosexuality is wrong and points out the exceptional health risks of certain sexual behaviors, will that content always be considered an unhealthy peer interaction?”

She added, “Students will not be able to escape the homosexual climate in the schools if pro-gay public displays and celebrations are everywhere….Tell your school board members to reject these dangerous recommendations.”

(You can learn more about Anderson’s anti-rhetoric in TheColu.mn’s Special Report: “The Right’s 5-year anti-LGBT campaign to stop safe schools”)

The Anoka-Hennepin School Board did not take action on the recommendations of the task force opting to wait for public input.