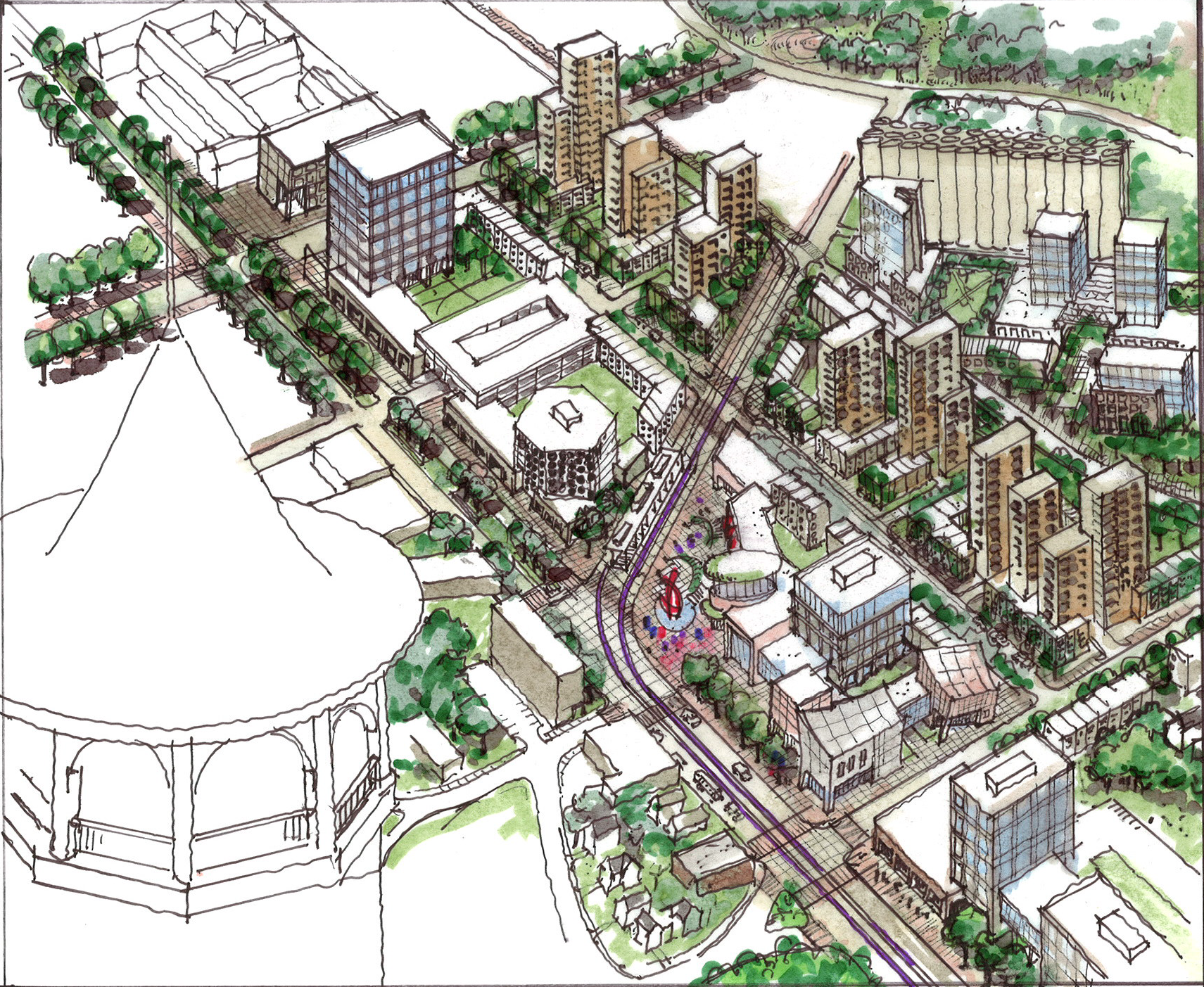 Minneapolis Conservation Districts are back in the news, and they look to have some broader support as the ordinance goes to a full city council next week. We’ve covered the topic at streets.mn before, with a dissenting take, some reasons to support them, and a fun podcast for those who hate reading. Even burgeoning news source The Wedge Times-Picayune picked up my annoying Twitter rant yesterday (side note: I’m still awaiting my signing bonus as an official correspondent).

I remain unconvinced that Conservation Districts are a good idea, both in theory and implementation. I share Bill’s qualms, so won’t re-hash them in detail here. But I urge city councilmembers to consider who the benefits of Conservation Districts will accrue to, who we’re leaving out of the discussion, and what unforeseen negative impacts could come about.

Not a Tool For Growth

Robin Garwood, aide to CM Cam Gordon, was kind enough to write a great piece here, provide thoughtful responses in the comment section, and record a podcast. As always, I respect our public officials and don’t envy the position they’re oftentimes put in. But that doesn’t mean I can’t respectfully disagree.

Robin’s post was titled “Conservation Districts can be a Tool for Smart Growth,” and he used the Prospect Park area plan as an example of using Conservation Districts to encourage growth. I can’t see a way we could frame limiting neighborhood change, whether bulk, architectural style, or intensity, to be a method for allowing growth. The type of plans (and developmentgoing on) like Prospect Park 2020 (while great) could exist without the words “conservation district” ever being muttered in a meeting. The massive intensification along the Midtown Greenway in Uptown, Dinkytown’s recent growth, and Northeast’s continued growth all exist without conservation districts nearby.

Yes, these neighbors are supportive of development… across University Avenue in an old industrial area and directly adjacent to a light rail station. Great! That’s where the market will probably go for housing, commercial, and other uses first. And we should support that all day long. But it isn’t the same as being supportive of allowing your actual street to see change. In 20 years, there may be enough residents to support more commercial space in the area – will it be allowed to creep south into Prospect Park? Do we not foresee (and encourage!) increased residential demand, particularly families who may be willing to trade their second car for a smaller condo in a 4 story walk-up near the University and LRT? I applaud the details of the area plan, but let’s not act like most development will be in the existing residential areas.

Robin linked to a study that lists preventing “commercial encroachment” as a positive aspect of these programs. Why is that a positive? Shouldn’t we be encouraging more jobs, retail, and other destinations within walking distance? As a side note, can we seriously claim “mansionization” is a bad thing when some of the most likely areas in our city to implement CDs are chock full of 4,000+ square foot, uh, mansions? Suburban-style mansions: we love them when they’re built in 1915 by flour magnates. But shame on that lifestyle if built today. (source: Google Streetview)

Who Benefits From Conservation Districts

Bill did a great job highlighting how this leaves renters – 50% of our city’s population – out of the discussion. If we believe the benefits of conservation districts apply to everyone, then everyone should have a voice. But we should ask who will be taking advantage of the program as designed, and we know the answer: fairly well-to-do single family home owners. If we had more 6-story walk-up condos or brownstones, I’d include them as well, but we don’t.

Apartment owners are likely at least somewhat interested in viewing their property differently than single family house owners. To them, the prospect of a neighborhood becoming desirable enough that they could build taller or sell to another developer is a positive. Single family homeowners who see the encroachment of taller and bulkier buildings as a threat to privacy and sunlight? They’re the ones who’ll be looking to proactively stop their street’s form from changing. Especially if they’re among the 75% of Minneapolitans who mostly drive and don’t see more people and commercial space within walking distance as a positive. I don’t mean to pick on you, Linden Hills. Really, I love you

We can also guess that wealthier people will be prime beneficiaries of Conservation Districts. The ordinance requires a $350 filing fee – no chump change for a small group of residents. But perhaps more important is the amount of time and effort required to make the case. Documenting all buildings with photos, gaining 1/3 (owner) neighbor consent to file, gaining 2/3 consent for final acceptance, and many other steps. A low enough barrier for families with predictable job hours (maybe even a parent at home) and lots of free time, not so much for low-income residents.

We also ignore the hidden constituent: those who would live in Minneapolis if regulations like these didn’t prevent development. Areas a little further from commercial corridors and major transit nodes tend to be a little cheaper. These are the places we might expect new construction of smaller apartments to be financially viable. Detractors may not agree, but the proposal at 2320 Colfax will be affordable (sub-$1,000/mo rent for brand new construction!) thanks to being slightly off the beaten path, a bulkier form than the neighborhood sports, and small units. Even smaller concepts are proving their affordability value in other cities, despite heavy neighborhood opposition. We need housing solutions like these, and they’re only likely to occur in precisely the type of places Conservation Districts will be sought after.

What are we Really Trying to Accomplish?

The preservation regulations that contains the proposed Conservation District language lists several goals: “promote the economic growth and general welfare of the city; to further educational and cultural enrichment; to implement the policies of the comprehensive plan, …”

Again, someone should help explain how a Conservation District will promote growth for a neighborhood. At best, a CD will dictate the architectural form or construction methods new structures should follow, still adding costs. At worst, they enshrine a level of intensity (ex. single family homes, one story commercial buildings, etc), even superceding zoning (and potentially informing future city-wide comprehensive plans on what area zoning should be). Does anyone think that the million dollar mega-homes near Lake Calhoun and Lake of the Isles are the result of the free-market, or that making those highly walkable places inaccessible to 97% of the population is good for Minneapolis’ economy?

As far as education and cultural enrichment, maybe we should take a step back and look across the globe. Japan has an average housing stock half-life of 38 years – less than half of the United States’ 100. Tokyo is building new housing at rates faster than almost any region in the developed world. Someone should ask them if they’re culturally enriched. Or if their architects (3.8 times as many per capita compared to the US) appreciate the ability to be creative and leave their mark on the world through design. Maybe they also appreciate having some of the lowest (and falling!) housing prices relative to peer-sized global megacities. If we’re looking for good urban design, let’s use the past as a guide-book but not limit the intensity. We can have good urban form that promotes walking, bicycling, and transit use within a given neighborhood and still allow the next structure in to be three times the size of the ones around it. Contrary to Robin’s statement, “Zoning, especially form-based zoning, should be a set of rules that are applicable citywide,” we should be using FBCs in targeted areas that will have high return. They should be used to dictate how development interacts with the public realm at multiple levels of intensity, not pick an existing one (even if it’s great!) and say “that’s it, this is how we want to look forever.”

I realize the ordinance makes it a lengthy process where multiple city bodies must approve a CD application. I’ll contend that the Heritage Preservation Commission has yet to vote against preservation, so they’re a pretty low hurdle. And yes, only 5 districts may be evaluated simultaneously, so practically we won’t see more than 5 implemented a year. But that simply delays the time scale of implementation for a given district, not make it any less feasible.

Ok, I’m reaching the point where maybe 4.3 people are still reading. I hope there’s room for some more thoughtful consideration to what this type of tool could actually mean for housing affordability, economic growth, diversity, equity, and a host of other factors. If you’re reading this and agree, try to contact your councilmember before the Friday, October 17th council meeting.