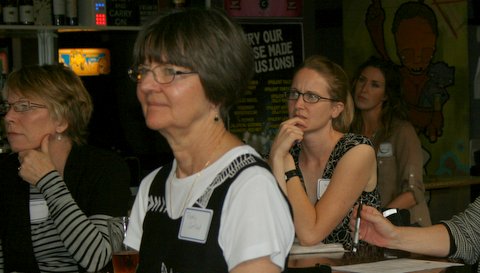 The League of Women Voters does not take voting lightly. In fact, the nonpartisan political organization was founded in 1920 during the convention of the National American Woman Suffrage Association, just six months before ratification of the 19th amendment, which granted women the right to vote. Ratification came after 70-plus years of struggle.

Gwen Myers, a former history and government teacher who serves as a board member and volunteer lobbyist for the state organization, spoke on behalf of the League of Women Voters Minneapolis to a group gathered at Cause Spirits & Soundbar for a Get Connected! event on August 22nd.

Myers, who has been an election judge for the past ten years, warned that the voter ID amendment being put to Minnesota voters this November is “definitely a threat to people’s voting.” She said that the process of acquiring an acceptable form of photo ID with a current permanent address is a burdensome and costly process for many state residents.

The League of Women Voters has come out strongly against photo ID requirements for voters, saying they create hurdles for otherwise eligible voters, are unnecessary for election integrity because no one in Minnesota has ever been convicted of voter impersonation, and would add significant costs to the whole election process. 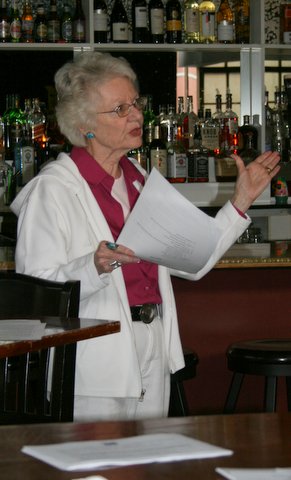 Among other consequences, Myers observed that the proposed requirements would effectively end election day registration as we know it, something that half-a-million Minnesotans typically take advantage of in presidential elections. Furthermore, those voters would be required to vote provisionally, making it uncertain whether their votes would be counted. Absentee voting as we know it would likely come to an end, too, as would the use of passports, military IDs and student IDs as proof of identity. No more vouching for relatives, friends, or neighbors either.

With no history of fraud, a voter suppression effort

For numerous reasons, the photo identification requirements would impact specific groups most harshly, including young people, students, low-income residents, the elderly, people of color, shelter residents, and others living in institutions or facilities where they have no fixed address.

Our Vote Our Future estimates that some 700,000 Minnesotans could be impacted if the amendment is approved. Minnesota would likely lose its status as the state with the highest voter turnout in the nation. If approved, the amendment will go into effect in 2015.

Given that there have been no voter impersonation convictions in Minnesota–the one type of voting fraud a photo ID would prevent–and virtually no cases (one one-hundredth of one-percent of votes cast) of voter fraud of any kind, Myers pointed out that this is a solution in search of a problem. It’s “the big lie,” she said.

“When you sign the roster you’re swearing to a number of things,” said Myers. “You’re told that it’s a felony to lie about your identity, a felony punishable by imprisonment and steep fines” of up to $10,000 and a year in jail.

Fraud, she said, is what lawyers for former Sen. Norm Coleman and his successor, Sen. Al Franken, were looking for in the contested 2008 election. Myers noted that Fritz Knaak, Coleman’s attorney, has said that no fraud was found.

If there’s no evidence of voter fraud, then what is the amendment’s real purpose? “This is a voter suppression effort,” said Myers. “Most of the groups affected are those who would likely vote Democratic.”

Former Gov. Arne Carlson, a Republican, and former Vice President Walter Mondale, a Democrat, have said that the proposed amendment is, “a product of an organization known as ALEC (American Legislative Exchange Council), which is the creation of the Koch brothers, who amassed their fortunes in oil and who live in Florida. The goal of ALEC is to influence legislators across the nation.” In its Proposing Constitutional Amendments: A Handbook for State Lawmakers, ALEC promotes the practice of amending state constitutions. It is currently pursuing voter ID amendments in numerous states as a way of giving Repubicans an electoral advantage.

Unfortunately, Myers told the crowd at Cause, amendment opponents aren’t well organized, so opposition “hasn’t been as robust as it should be.”

One way to become more organized, responded Marcos Lopez-Carlson of the Twin Cities Media Alliance, is through social media. With nearly a billion users worldwide, the equivalent of the third largest nation on earth, “Facebook is worth paying attention to for that reason alone.” Besides being a place to post cute cat pictures and videos, Lopez-Carlson said, it is one of the places where people are having important conversations, discussions and dialogue. 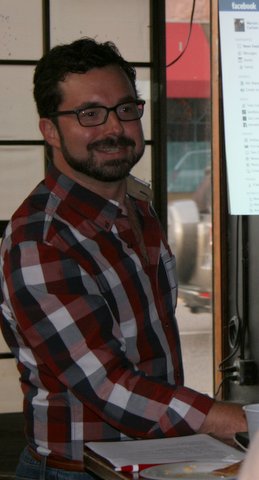 What people may not realize, he added, is that anyone can now create a Facebook group and select who they want to invite to participate and see posts. These more private spaces exist outside of the general newsfeed and their access can be controlled to invite in only those who share specific interests. Groups allow file sharing, polling, and a place where people can work on documents together.

Interest lists are another useful new feature that Facebook users may want to take advantage of, he said. Interest lists are good ways to organize news by topic feeds. This can help people manage and limit the clutter of general newsfeeds. That way a Facebook user is more likely to see the news they want to see, for example about proposed amendments.

League program manager Sharon Emery touted the Twin Cities Daily Planet as yet one more important online resource, offering multiple opportunities for people to become involved, get their message across, and reach a large and different audience from more traditional media outlets.

Get Connected! community meetings are part of a larger project of the Twin Cities Media Alliance and Daily Planet. With support from the Bush Foundation, each Get Connected! event is planned and co-hosted with nonprofit organizations that work on one of six issue areas: education, work, health care, immigration, transportation, and the environment.  Get Connected! meetings are scheduled through October, and culminate in an annual fall media forum scheduled for Saturday, November 10, at UROC, the University of Minnesota’s Urban Research and Outreach-Engagement Center.