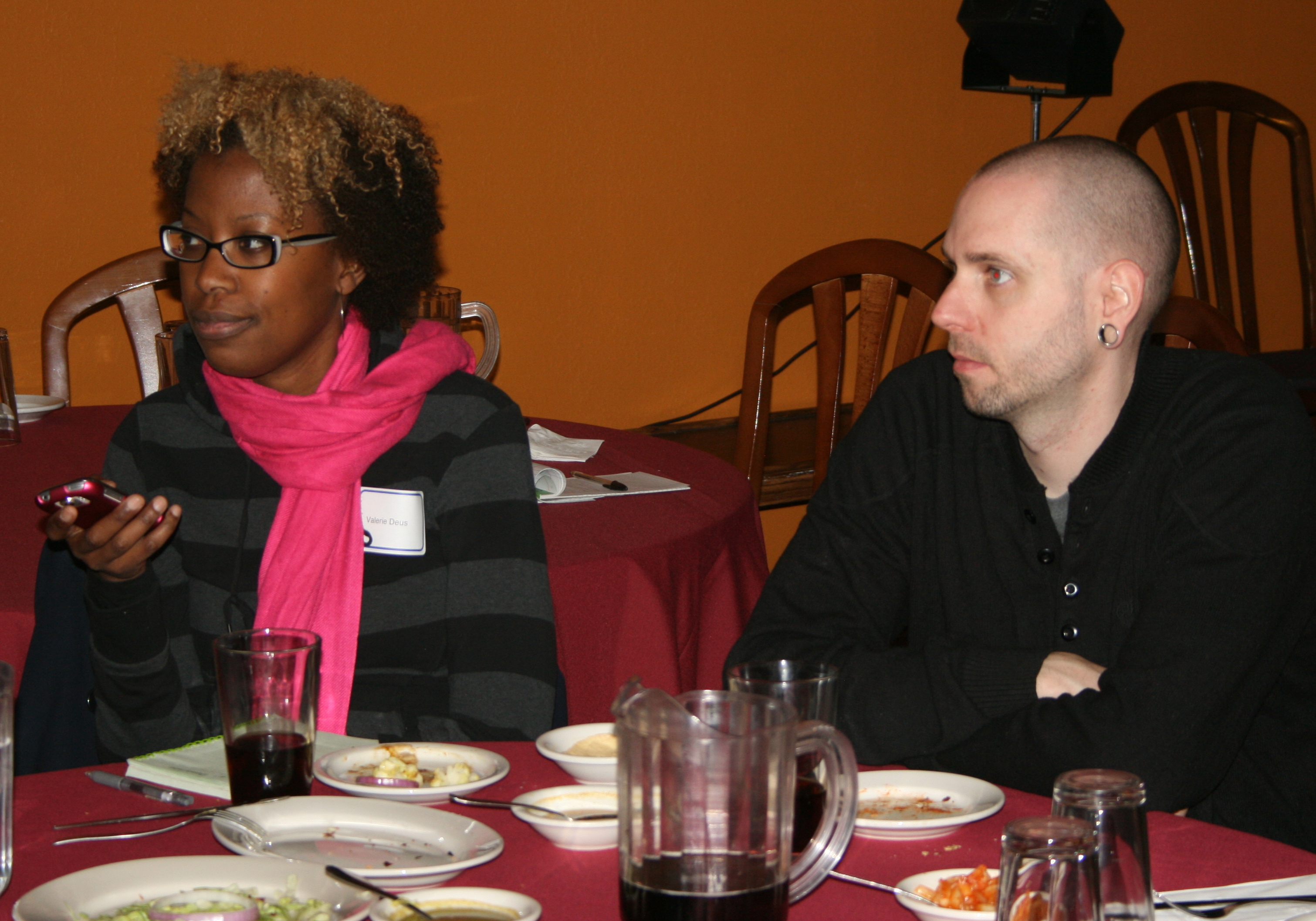 As a local foods organizer in the Big Stone Lake region of western Minnesota, Rebecca Terk has come to appreciate the power of new media tools.

In Terk’s work for the Land Stewardship Project (LSP), her Big Stone Bounty blog entries, tweets, and Facebook posts serve multiple purposes. They amplify the voices of farmers and other rural area residents, circulate important information about proposed development, and connect and organize citizens to help them determine what’s best for their communities.

Terk told a group gathered at Gandhi Mahal restaurant for a Get Connected! meeting on October 10 that new media tools allow her to hold a mirror up to a wonderfully rich culture.

Chipping away at dominant narratives

Terk’s work contributes to one of LSP’s core goals: challenging the dominant narratives about family-owned farms and rural towns in an era dominated by corporate agribusinesses.

Dominant narratives being promoted by powerful interests are that factory farms are “state of the art,” that they represent “the future of farming,” that “the family farm is dead” and that rural communities are “old” and fading away. 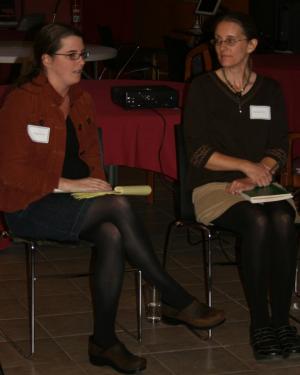 Telling different stories, showing people that they have choices as consumers, and revealing the implications of policies being promoted by corporations and their allies, are among the things that can be achieved, in part, through smart use of media tools. Bringing the voices of rural people into areas where they are not typically heard is another part of the work.

On its website, LSP profiles new farmers who have been through Farm Beginnings, “a farmer-led, community based training and support program aimed at getting more farmers on the land farming sustainably.” There been more than 500 graduates of the program, said Smith.

Creating food systems based on community needs, not profit, is a primary aim of LSP, a private nonprofit organization, said Mike McMahon, its director of individual giving. 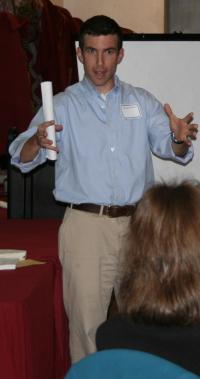 LSP sees the U.S. being in the thick of another such period, with big corporations taking control over our seeds, livestock, milk, land, and public assets. Even our democracy. It’s for this reason that the membership organization has been vocal in its opposition to a proposed constitutional amendment that threatens to suppress voting in Minnesota.

LSP joined Our Vote, Our Future, “a coalition of over 70 organizations working to oppose the voter restriction amendment to the state constitution.” In declaring its opposition, LSP explained that much of its work centers around the basic issue of democracy, “that people directly affected need to have a say in the decisions related to their lives.”

In rural areas, according to McMahon, Terk, and Smith, local control through democratic participation is critical for residents to have a say and oppose developments, including factory farms and frac sand mines, that tend to benefit corporations but not people living in the communities affected.

McMahon said it took a while for the organization, which just celebrated its 30th anniversary, to recognize the value of social media. However, once the staff acknowledged that LSP was behind the curve, there was a steady progression, beginning with Facebook and moving to Twitter.

According to Smith, someone may write a letter-to-the-editor or op-ed piece that’s printed in a local newspaper. That voice gains strength the more widely it travels. She told about a farmer named Betsy, who delivered a speech about access to affordable health care. Smith helped Betsy revise the talk and get it published in a local paper. Tools like Twitter and Facebook then allowed Betsy’s story to be amplified by circulating it to a much larger audience.

As an organizer living in a rural area, Terk said it would be impossible for her to phone everyone, including people she doesn’t know, to explain the complexities of issues LSP works on. What she can do is write something that she and others are then able to share via Facebook and Twitter. Something that starts on her blog, Facebook or Twitter easily moves across the state. Often, she said, a story is picked up by other media, including the Twin Cities Daily Planet and Bluestem Prairie: New Media for Greater Minnesota. Working with new media tools, Terk is able to track how widely a message is circulating.

Facebook, McMahon said, is valuable because it allows LSP a good deal of flexibility in framing messages. LSP can introduce an issue “more fully” by posting lengthier, more detailed content, especially helpful for an issue needing more prominence. Typically there will be two or three LSP Facebook posts during a given day. 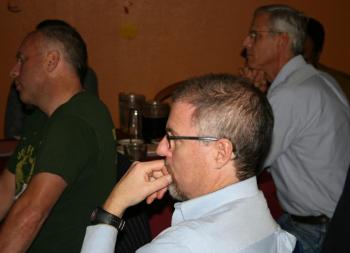 Marcos Lopez-Carlson, neighborhood engagement coordinator for the Twin Cities Media Alliance said that stories such as this illustrate Twitter’s potential for “community formation.” He recalled first being drawn to Twitter while seeking information about elections in Iran. Twitter, not mainstream media, he said, was where he could learn what was happening.

As opposed to old media that directs messages outward to an audience, Lopez-Carlson explained that new media allows everyone a voice, so is inherently more democratic. Twitter, he said, is especially valuable for helping users find “networks of interests” and connecting people with others who are having conversations about the issues they care about.

Bringing people together face-to-face is an important step in terms of connecting citizens, deepening their conversations and steering them to action.

Gandhi Mahal’s community room was an appropriate place to hold this Get Connected meeting. Owner Ruhel Islam, an LSP member, places great value of supporting local farmers. He can be found filling up carts with vegetables at the Midtown Farmer’s Market each Saturday during market season, and farms his own plot of land at a nearby community garden, in collaboration with HECUA. His family opened the community room as a way of bringing people together to engage around important issues.

Get Connected! community meetings are part of a larger project of the Twin Cities Media Alliance and Daily Planet. With support from the Bush Foundation, each Get Connected! event is planned and co-hosted with nonprofit organizations that work on one of six issue areas: education, work, health care, immigration, transportation, and the environment. Get Connected! meetings are scheduled through November 8. They culminate in an annual fall media forum scheduled for Saturday, November 10, at UROC, the University of Minnesota’s Urban Research and Outreach-Engagement Center.