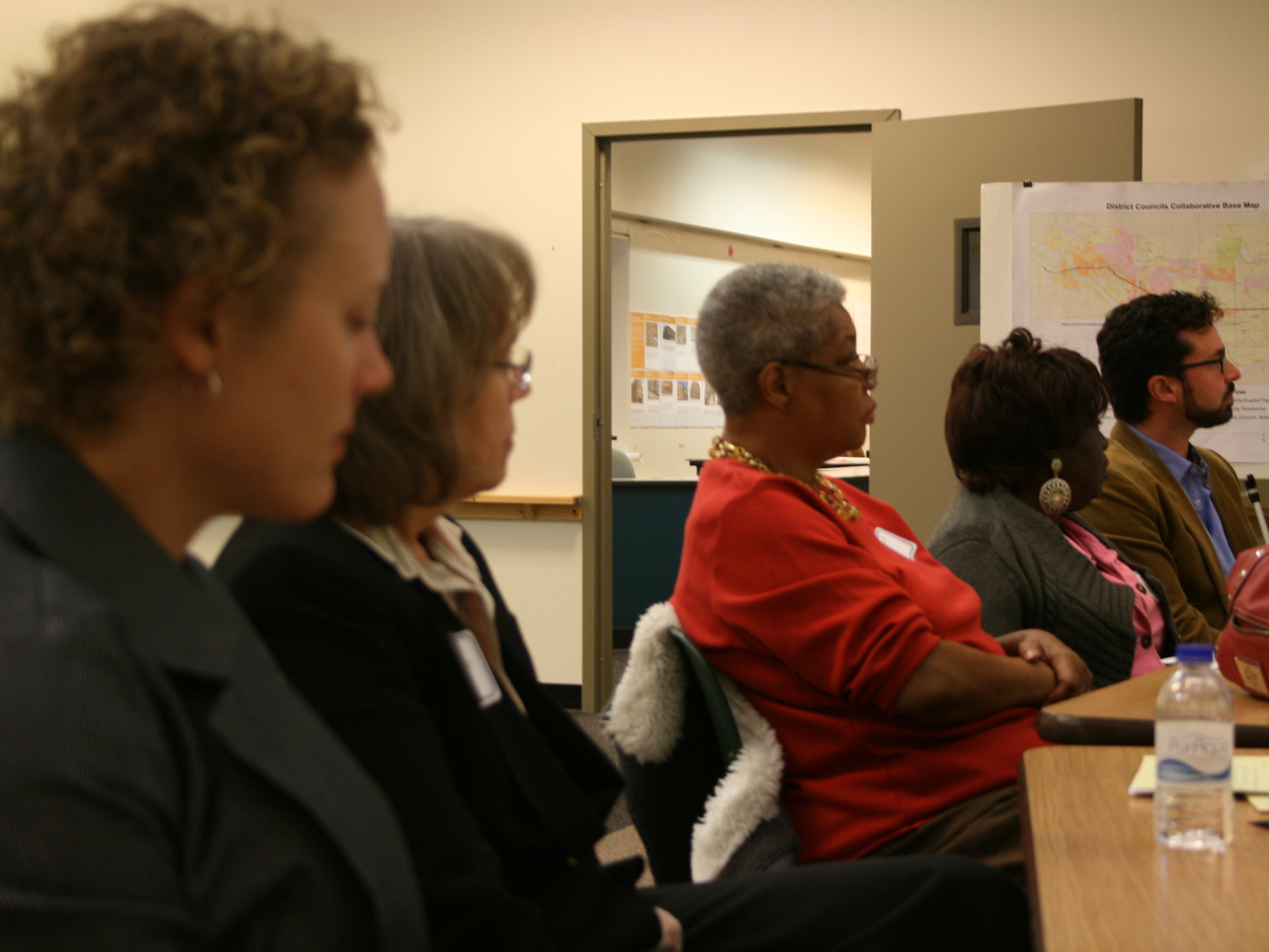 The District Councils Collaborative (DCC) of St. Paul and Minneapolis is all about connecting and engaging members of communities along the Central Corridor, ensuring that residents and business owners’ voices and concerns are heard so that the new light rail green line benefits everyone. At a Twin Cities Media Alliance-sponsored Get Connected! event held on September 18, DCC’s executive director, Carol Swenson, explained that the organization has been active in environmental review processes and the Stops for Us campaign, which added three stops to the line. DCC, which represents the coming together of all St. Paul District Councils and a handful of Minneapolis neighborhood associations along the Central Corridor, has devised several innovative ways of amplifying area residents’ concerns, including a walkability survey that was spotlighted at the Get Connected! meeting. DCC also recognizes how valuable video-sharing and other new media tools can be for keeping citizens informed and connected. 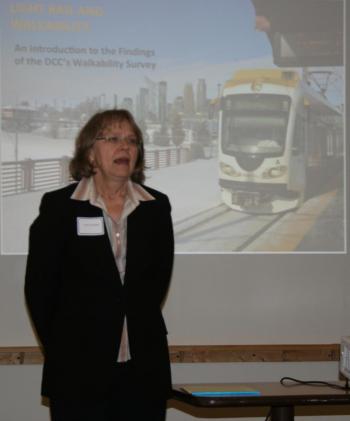 Anne White, board member from the Union Park District Council of St. Paul, pointed out that the vast majority of green line users—50 to 80 percent—will arrive at their station on foot. If the walk is fraught with challenges or feels unsafe it may prevent people from riding the light rail trains, which will make the project less successful. Recognizing the need for data to pinpoint which areas pose challenges — and which ones do not — was the basis of DCC’s four-page walkability survey. Participants, some 450 in the end, identified and ranked the top three positive and problematic aspects of their walks. This information has been mapped and is being passed on to public officials and government agencies, so that problems may be addressed proactively. White added that the walks also helped stir excitement about light rail and the experience of walking to stations.

To celebrate the walkability survey’s kickoff, Charles Landry, an authority on urban revitalization, led the Twin Cities’ first ever Jane Jacob’s Walk, named for the renowned urbanist, in May. Scott Vargo, a DCC intern from Macalester College, offered examples of findings from the surveys at a variety of green line station areas, and showed how those finding were then plotted on maps. Vargo explained that the focus was on the physical environment leading to stations, safety and security surrounding them, accessibility, and the overall walking experience. Comments were coded and then fit into categories. Analyzing and sharing findings, and then making sure that problems are resolved, are among the next steps, said Vargo. 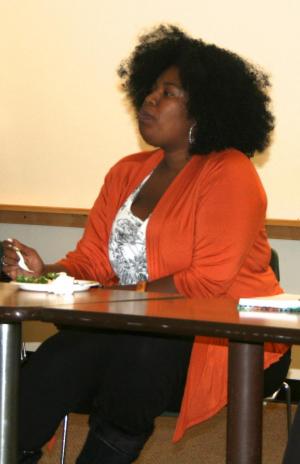 Karyssa Jackson, DCC’s communications and outreach coordinator, emphasized the urgency of creating broad community support for projects like this one and bringing communities together to advocate for improvements. To help foster engagement, Jackson organized and led a team of “Trusted Advocates.“ As members of specific communities along the Corridor, with deep connections to their communities, advocates were contracted to engage fellow community members in a public process. The team then worked with the DCC and Metro Transit planners to develop an engagement toolkit to help them gather and document information and feedback from their communities to ensure that community voices and ideas were being heard. 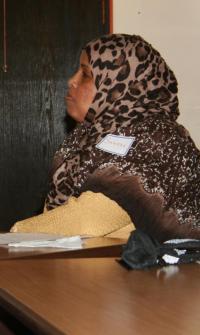 One of Jackson’s primary roles as communications and outreach coordinator is to make sure that information is circulating, and that community members who are confronting the most severe challenges around light rail, and who promise to reap the benefits of living, working, or owning a business along the Central Corridor are heard, in their own words. The Walk Talks blog is the tool most directly related to the walkability survey. It allows participants to share their stories through short videos.

Jackson, an avid user of new media tools, showed videos made by Suado Abdi, one of the Trusted Advocates, and Amy Hyat-Blatt of Minnesota Public Radio. Online discussion forums have been important, too, said Jackson. She noted that neighborhoods along the Central Corridor each have their own E-Democracy forum. Jackson, who also assembles a monthly newsletter, said that she is always searching for new ways to share information. What’s most important, she added, is keeping conversations going, and keeping people connected with one another, which is where new media tools come into play.

Marcos Lopez-Carlson, neighborhood engagement coordinator for the Twin Cities Media Alliance, closed the meeting with a presentation about new media tools, which prompted a lively discussion and questions from others in the room. Few of the people attending the event had or regularly used Facebook, Twitter, or other social media. One participant observed that she would “really need to be charged up” to engage in an online conversation. “I take it in.” However, she pointedly acknowledged that, “you do need to be connected online, or you’ll be left behind.” She and others were interested to learn about the classes and social media clinics regularly offered by the Twin Cities Media Alliance and Twin Cities Daily Planet.