Individuals with disabilities have been historically underserved, underrepresented, and the programs to address their needs underfunded. 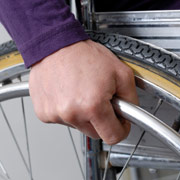 According to the National Bureau of Labor Statistics the national unemployment rate for individuals with disabilities is nearly twice that of those without disabilities and their workforce participation is nearly three times less. Note: This is accounting for only the noninstitutional population of ages 16 or older. Due to lack of employment opportunities and disproportionately high costs of living, over 1 in 4 individuals with disabilities live in poverty.

In 2006 St. Paul set a disability hiring goal of 10%, but a recent Minnesota Public Radio article exposed that less than 1% of employees identify as disabled. Despite establishing the goal St. Paul did not collect data and was unaware of just how short it had really fallen until last year.

There is still a lot more work to be done before individuals with disabilities will be offered equal employment opportunity, but these recent changes are certainly a step in the right direction.