According to the Minnesota Department of Corrections’ (DOC) latest reporting, there are 1,428 total sex offenders in the state. Of the 134 registered Level 3 Sex Offenders (L3SOs) in Minneapolis, 37 percent live in the 55411 and 55412 ZIP codes, which are located on the city’s North Side. Residents objected to this concentration at a June 25 community meeting at North Regional Library.

Hinchliff said that the state legislature made “tremendous changes” to the state sex offenders law in 1997 and established a three-level registration or “risk factors” that the DOC assigns the convicted individual, including where they will live after release from prison and mandatory posting of their status on the agency website.

“We have the responsibility of reviewing each registered offender before they leave the prison and making a determination about what their risk level will be,” noted State DOC Community Notification Supervisor Mark Bliven. “One if they are a low risk, two if there is a moderate risk, or three if they are a high risk.” 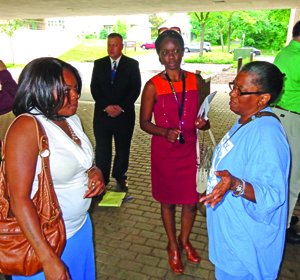 Bliven added that his job is to notify local law enforcement at least 60 days prior to their release from prison when a Level 3 registered individual is to move into their area. “As soon as they leave prison and go off into the community, then your local supervising agency takes over.

“In Hennepin County, you have the Hennepin County Corrections, and they are responsible for supervising the offender, making sure that they are complying with their requirement. If they don’t comply with that, then Hennepin County can send them back to us and ask that that person be returned to prison. 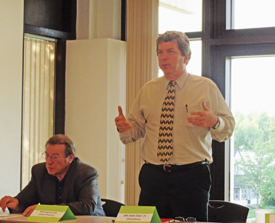 “We think one of the biggest advantages for the public is that you know about these guys,” Bliven continued. “Even though we call them high risk, they actually have a very low-recidivist rate. You may not like these offenders in the community, but people realize that these actual identified offenders aren’t committing new offenses. Our biggest primary goal is to prevent these offenders from recommitting crimes.”

However, this didn’t satisfy many of the nearly 25 persons who attended last week’s nearly two-hour meeting, which at times got testy and led to finger-pointing on who ultimately needs to address the problem. 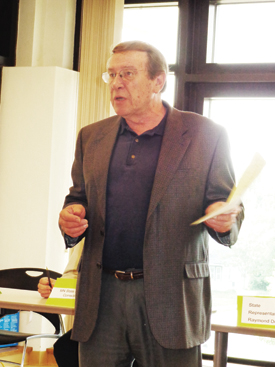 “People had very strong opinions, and people were really upset,” observed De’Vonna Pittman, who moderated the meeting. “It was a lot of real tension in the room.”

“I don’t feel like folk heard each other,” said community activist Kenya McKnight.

Some strongly suggested a possible lawsuit to force an end to the North Side’s apparent “dumping ground” status for registered Level 3 offenders while other communities have few or none at all. Others advocated that an ordinance be passed in Minneapolis on the density of Level 3 registered offenders similar to what 10 other cities and towns in Minnesota already have done.

Jordan Area Community Council Executive Director Cathy Spann pleaded that “enough is enough” and requested an immediate stop to placing Level 3 registered individuals in North Minneapolis. “What are the next steps?” she asked the panel.

State Senator Bobby Joe Champion responded, “We already know it’s a problem,” adding that everyone should be “intentional” in finding a solution to it.

State Representative Joe Mullery warned that “homeless sex offenders” would be created if every city were to pass an anti-sex offenders ordinance.

“We should not have to take a single person until everybody with zero [Level 3 individuals] — in their county or whatever — takes one,” stated Saundra Crump, one of about 10 Blacks at last week’s meeting. She complained afterwards about the current three-block radius where residents are notified of a Level 3 registered offender moving in. 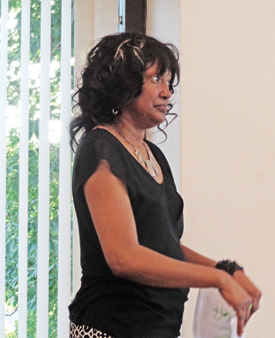 “A three-block radius is not enough. I think these three zip codes should be notified, and something should go into my email box like notice of this meeting did,” she said. “I’ve been living [in this area] for almost seven years, and this is the first one that ever came to my email box. We need to be notified by ZIP code.”

Nelima Sitati of the Harrison Neighborhood Association, however, said that she has attended many community notification meetings, but most of them were poorly attended. “There has been very low community turnout all around North Minneapolis,” she recalled. “The one time there were a lot of people was because it was near a school, so a lot of parents came.”

Her 55405 neighborhood also has Level 3 registered offenders, added Sitait. “We are also part of North Minneapolis,” she pointed out.

Sen. Champion told the MSR afterwards that what is needed is “a policy that reduces the concentration of Level 3 sex offenders in one geographical area” that is worked on by each governmental entity. “I just think it is a comprehensive approach that would cause everyone to not point fingers but use the various tools of our municipal, state and county governments in order to move this issue forward,” he said.

“Tonight was an opportunity for the legislators, elected officials and the community to come out and talk about an issue that we are all concerned [about],” said Pittman. “What happened tonight was good for the community.”

McKnight suggested that the reason other city neighborhoods such as Southwest and Nokomis don’t have a concentration of Level 3 registered offenders similar to the Northside’s is “because they have a direct connection and engagement with their neighborhood association who bring these issues to the forefront. I think we need to place more local accountability on our neighborhood associations, but also on ourselves as residents to engage…and help set the priorities on what they are doing where public safety is part of our focus.

“I felt we could have had this meeting among ourselves first to flesh out our issues and have clarity about who we need to connect with around solutions…who are directly responsible for engagement in our neighborhood around these things,” McKnight said.