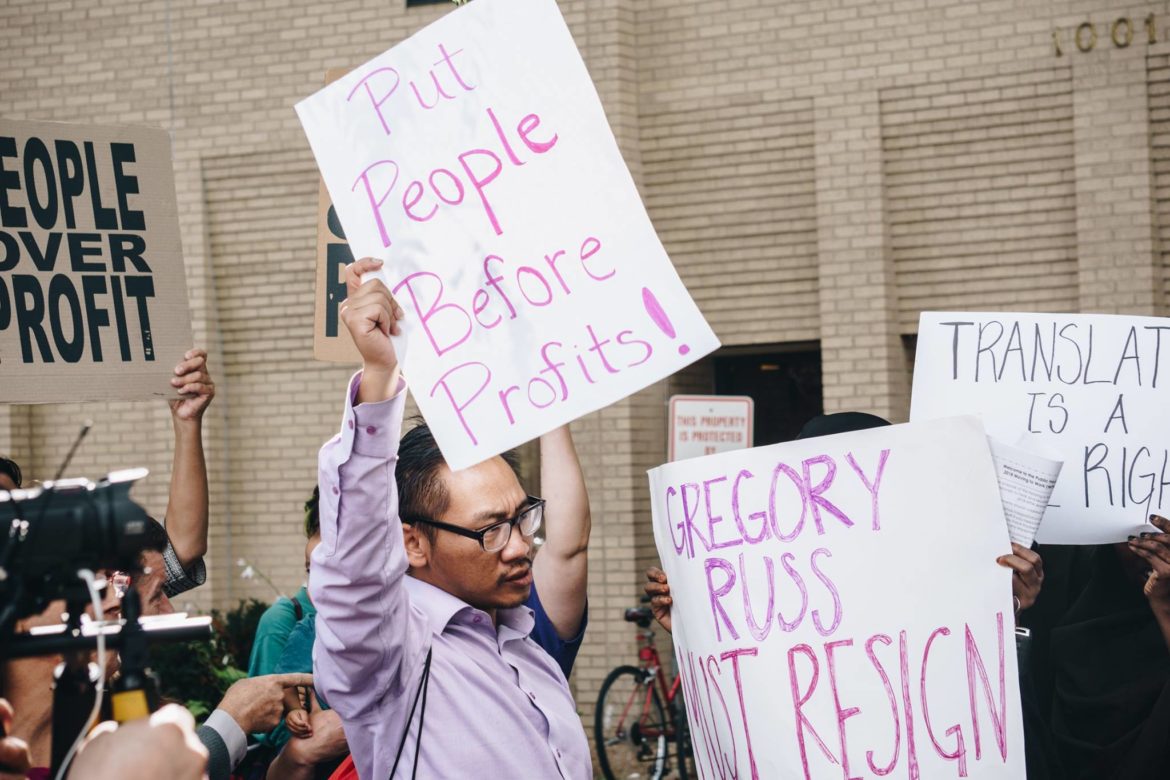 In late 2016, Gregory Russ was appointed the new executive director of the Minneapolis Public Housing Authority, (MPHA). According to a Nov 10, 2016 Star Tribune article announcing the appointment, Russ worked previously as the executive director of Cambridge Public Housing Authority, as well as a “consultant to public housing agencies both on his own and for Abt Associates.”

Who are Abt Associates? Clark Abt, a former Raytheon engineer and manager, started Abt Associates in Cambridge in the 1950s. Abt Associates is a for-profit consulting firm that contracts primarily with corporations, nonprofits, and governmental agencies (including the Department of Housing and Urban Development (HUD) and local Public Housing Authorities). With a revenue of $501 million in 2016, Abt Associates has close ties to both the financial and government sector. Gary Perlin, the current chair of Abt’s Board of Directors, is the former CFO of both Capital One and the World Bank, as well as the former vice president and treasurer of Fannie Mae.

Abt Associates is “in the forefront of efforts to measure the condition of the public housing stock and the costs of bringing this resource up to a standard state.” According to their website, they presented some of their findings to Congress in 2011. They claim in their December 2014 report that there are $26 billion in large scale capital improvements needed for public housing across the country – this came from Meryl Finkel’s 2010 “Capital Needs in Public Housing.” Is this behind the push to Moving to Work and privatization?

Jeff Lubell (director of housing and community initiatives for Abt Associates) wrote a book with Henry Cisneros, the former HUD director and defendant in Hollman v. Cisneros, which claimed that the defendant’s administration of Minneapolis public housing programs created and perpetuated racial segregation.

Cisneros is founder of CityView “a premier investment management and development firm which targets complex multifamily housing opportunities in densely populated urban markets primarily in the Western United States. The firm prides itself on its ability to be a part of revitalizing neighborhoods within metropolitan areas while at the same time striving to generate meaningful returns for its institutional investors.”

A 2015 article in the Cambridge Day highlighting a pay increase for Russ revealed that, on top of his nearly $200,000 annual salary, his contract with the Cambridge Public Housing Authority allowed him to work up to 80 hours a year as a private contractor.

So who does Gregory Russ really work for? Is he accountable to the residents of MPHA, or is he working for a government contractor controlled by the same large financial interests that prey upon ordinary people and low-income families? Is Russ an agent of Wall Street and the 1 percent, or a public servant that is here to keep public housing public? The residents of MPHA, residents of Minneapolis, elected officials from City Hall and the Minnesota Legislature deserve an answer!

Ladan Yusuf is a campaign organizer with Defend Glendale and Public Housing Coalition.