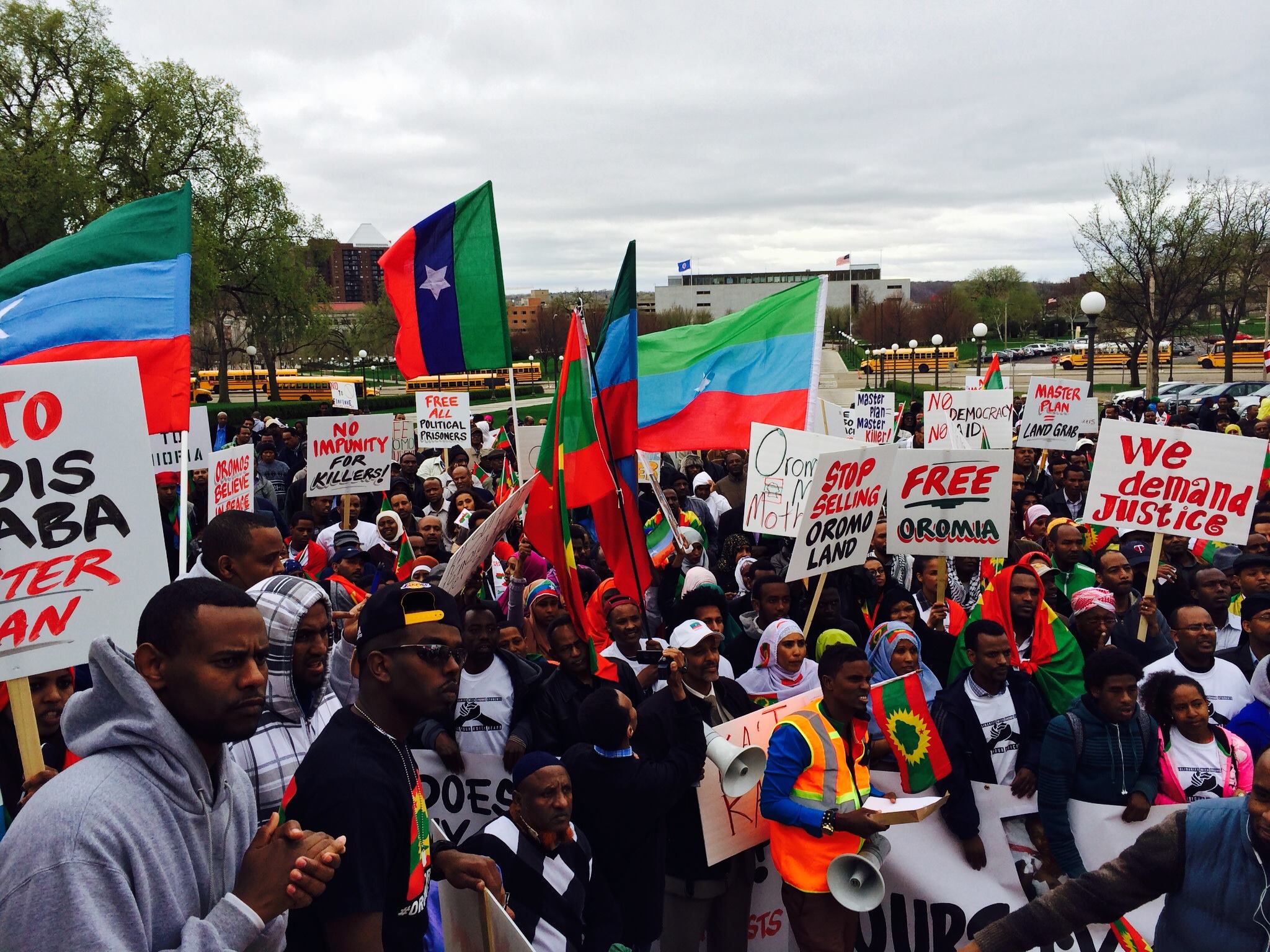 In the bracing chilly winds Friday morning May 9, 2014, the Oromo community of Minnesota began their 3-day demonstration, hunger strike and 24 hour vigil, seeking to end the killing of innocent people who are oppressed by the Ethopian regime, Tigrayan People’s Liberation Front.

“We are together here to voice our opinion against the killing of the students back home in Ethiopia,” said Lalistu Woyesa, a young mother, who along with her children, husband and family, came to show support.  “There are teachers, families, and students who are imprisoned unjustly.  We are showing up here to encourage democratic political change.”

At least three Ethiopian regions were represented on the steps of the Minnesota State Capital at the demonstration: Gambella, Ogaden and Oromia.  The approximately 250 people gathered in the early morning, were led in multi-denomination prayer. More demonstrators continued to arrive into the afternoon.

Mr. Merga, an Oromian-American for 17 years, came to draw attention to the senseless killings. “Even a 10 year old orphan, Abdiisa Guutu, was gunned down by the Ethiopian regime army.”

Opposition was also strong against the Addis Ababa Master Plan, which is viewed as a land grab by those in power. As an American since 1998, Hambissa Homa, had strong words against the master plan. “Lands are taken from the Oromians to expand Addis Ababa. The land is given to the government party members, increasing the size of the city by 20% … leaving the farmers and their families without homes or work.”  He added that European and U. S. aid money is diverted.