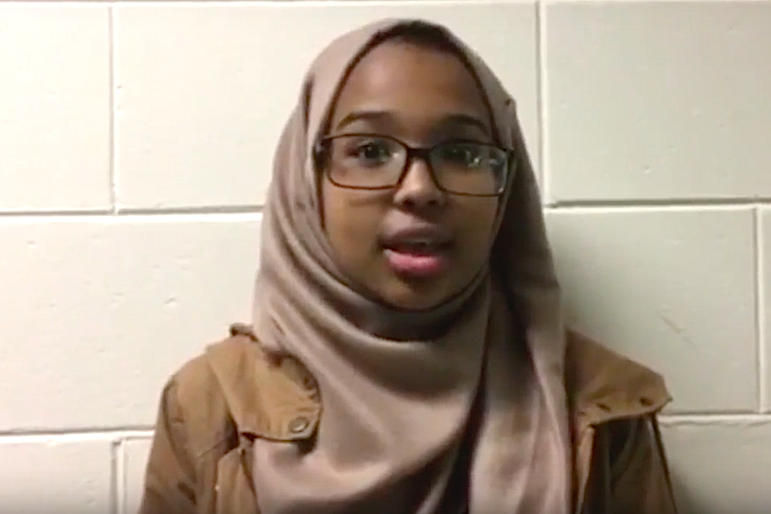 After the election of President Donald Trump and his recent executive order to ban refugees and restrict immigration from Muslim-majority countries, discrimination and violence against Muslims in America has reached dangerous levels. Ignorance and stereotyping of Islam and Muslim people keeps many of people from recognizing the positive contributions of this group in our community. In this video made through Minneapolis South High School’s 2016-2017 VOICES class, students Sagal Muktar, Elias Salad, Hamdi Osman and Yahya Noo showcase the complexities of Muslim identity, from microaggressions and media portrayals to the successes of local businesses and government officials like state Rep. Ilhan Omar. See how these students want to reframe greater understanding around Muslims in this video.