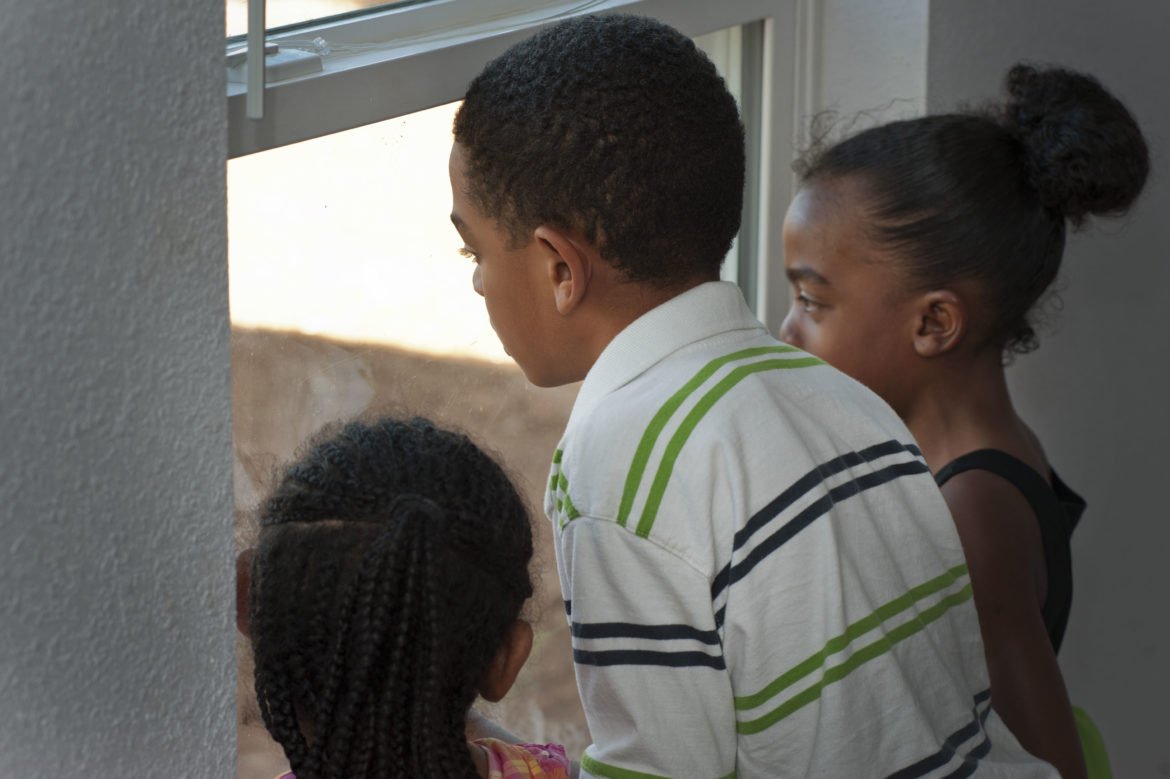 As we look to the future, how can we build up resources for a regeneration of Black folks? Photo courtesy of Habitat for Humanity via creative commons license.

If you seek to learn about reparations specifically for Black people living in what we call the United States of America, you will see a contentious debate. One argument tracks the history, showing the ways that those enslaved in this country, their descendants and folks that looked like them were disadvantaged throughout the occupation of this land.

In the end, generally the most “radical” proposals are focused at local, state and federal governments for systematic changes or on truth-telling efforts to recognize the history. Without disregarding these elements as part of a path forward, I will present a reframing of reparations while introducing an opportunity for people of color and white folks to do valuable work with The Yarn Mission to further disrupt the harms of capitalism and white supremacy and patriarchy.

I often encounter terms that have gained negative connotations over time due to misuse. Typically, I would rather reclaim words than disregard them for others. However, at the root, “reparations” does not sit well with me. Reparations are commonly understood to be a method for oppressors (directly or as benefactors of oppression) to pay harmed persons for the violence they inflicted on them. However, the word itself suggests that something (or here some people) will be repaired. That would require an entire system shift. Can money do that? Nevertheless, rather than disregard the method outright, I propose a reframing. What I propose is for the regeneration of Black people’s economy, health and education. For this, it is necessary that systems be completely redesigned and that there be a redistribution of wealth.

I call for regeneration. We (Black folks) are an incredible people. We present a clean breath of complexity. We are Black Excellence. Without demeaning our resilience, our collective demographics reveal the disadvantages we have faced and continue to face. They are true. Black people have lower life expectancies, employment rates, educational attainment, and wealth than many other groups in this country. Yet considering our current and past environments steeped with white supremacy and patriarchy, we are surviving and thriving in many conventional ways. It is through simple calculation that we should all realize that our potential has not been met because of oppression. It is impossible to know where we could be without it. Therefore, rather than seeking a repair to a prior place that we cannot return to, I call for a regeneration, a new beginning in the arenas where our potential has been stifled.

I call for systematic and individual efforts. I call for equity practices on our path to liberation. Simply, things will not be equal, they never have been. An example that is near and dear to me is that due to repeated findings of racial bias in criminal justice proceedings, the government instituted mandatory sentencing guidelines. These sentencing guidelines removed discretion from judges in deciding sentence lengths. It reduced this process to a calculation that could be represented by a chart. Take a look at the 2017 sentencing guidelines for Minnesota. Few sentencing guidelines take into account criminal history and severity of offense which are considered to be legal factors and is supposed to erase the influence of extralegal factors such as race, gender, personality, etc. However, considering that racial bias was acknowledged in the past, including criminal history embeds the past racist and patriarchal practices. The government has since adjusted this slightly by removing the mandatory element. Judges are able to deviate if they can explain their reasons for doing so. Again this does not address the reproduction of past discriminatory practices; furthermore this does not address the fact that prosecutors have a great deal of power in determining how to classify an offense and therefore the severity of the offense. It is important to note that this example reflects the complexity we see in other arenas.

More simply, imagine that a teacher gives relaxation time to students according to their performance. Since the beginning of the school year, she has been giving white students two minutes of relaxation time for “good days” and Black students one minute for “good days.” Now she’s learned that her differential distribution of minutes was racist (let’s say she was shocked and offended but administration insisted that she must change her ways. No discussion of firing happened of course). So now she has corrected her ways and is giving two minutes to all of her students for good days. Equality? Perhaps, but not really. First, the Black students were not repaid for their past denied minutes. However, calculating that will not repay them for the cumulative effect of having relaxation minutes. It is very likely that the relaxation minutes had positive effects that extended beyond the one or two minutes and that the two minutes had even more positive effects. It is also very likely that the Black students noticed the inequality which in itself could have a very negative effect. It is also very likely that the way that “good days” were defined for Black and white students differed to the advantage of white students. I’m afraid that this hypothetical is not so hypothetical. Nevertheless, again it should be apparent that equality neglects history and that the harms of inequality cannot actually be calculated. This does not mean that we must accept how things are or leave things in place. Systems must be dismantled and rebuilt without the oppressive foundations and supports. Individuals must participate in a redistribution of resources that will not be equal.

Amongst people of color, I hope to see, encourage and participate in cooperative economics. Listen to Jessica Gordon Nembhard explain the important findings and motivation for her book “Collective Courage: A History of African American Cooperative Economic Thought and Practice.” Read Ta-Nehisi Coates lay out his argument against systemic housing discrimination in The Case for Reparations. Finally, pick up Waziyatawin’s book discussing the fight for Dakota land rights titled “What Does Justice Look Like.”

From white folks, I hope to see and encourage a heavy and challenging redistribution of personal wealth, resources and access. For The Yarn Mission this will begin with a call for white folks who want to have a more active role in organizing white folks within and from The Yarn Mission’s Intersectional Black Liberation framework. Redistribution of wealth, resources and access, will look like ongoing donations, a list of spaces that can be used for liberation organizing for free, investment in liberation work and people and an understanding that all marginalized folks are worthy of money and resources without scrutiny or expectation. Perhaps this faction will work to educate with other white folks and thereby remove this burden from those of us who bear the impact of racial oppression.

Ultimately, we will all be pushed to think about community wealth rather than personal wealth. We will be expected to give up notions of equality and embrace liberation through purposeful redistribution.