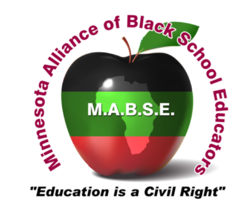 About 30 community members, including several former educators, attended the August 8 community public hearing sponsored by the Minnesota Alliance of Black School Educators.  Some expressed anger and disagreement with the effectiveness of current practices and strategies in Minneapolis Public Schools. They were confused as to how new programs would help and just how their involvement would increase effectiveness as they’ve not really been given the voice that MABSE is promising them.

The August 8 hearing at the Minneapolis Urban League was hosted by Minneapolis Public Schools superintendent Bernadeia Johnson, Minnesota Department of Education commissioner Brenda Cassellius and MABSE president Francine Chakolis as speakers. As the Minneapolis Public School district is a member of the National Alliance of Black School Educators, Johnson spoke of the district’s connection and ongoing partnership with MABSE. The hearing was the first of three in a series titled “Reclaiming our Village from the Pipeline to the Penitentiary.”

Community members at the meeting had a variety of connections with Minneapolis Public Schools. Some were former students, or had children who were or are students in MPS. Some taught or advocated in some way for the district.  One man was responsible for writing a proposal for Franklin Middle School Afrocentric program. Some of the community members wanted to know where the black teachers were, why black culture isn’t really incorporated in predominantly black schools and also how MASBE and MPS will achieve giving parents the opportunity to speak to teachers, principals and people in the district about concerns without feeling that those concerns go unheard.

Betty Ellison-Harpole a 36-year elementary school teacher, said, “At North Star there’s not one person of color teaching in the classroom. We’re so busy trying to regiment our babies, we have no idea about development. I taught math with hot wheel cars, because that was the interest of the child.”

Minneapolis Public School Superintendent Bernadeia Johnson explained that over the years, diversity of educators has trickled down on MPS’s list of priorities. With school closings and declining enrollment in Minneapolis, African-American educators hired by diversity programs were the first to be cut when budgets shrank.

Relying on parents — and the community — to enforce academics was a strong theme at the hearing. In a plethora of ways, community members inquired about MABSE’s efforts to cement parent and teacher partnerships.

“If you’re looking at the attendance rate and think about the academic results that we’re getting — this is where the community can help us,” Johnson added after mentioning Native-American and African-American kids in MPS have the worst attendance records. Ninety-five percent of the time, only 59 percent of these students are in school.

Maryann Robinson, a mother who is very involved in her daughter’s education, doubts that the parent involvement strategies MABSE promotes will be reflected in every school.

“I’ve had experiences where teachers talk down to parents. They don’t think parents can comprehend [nor offer help],” said Robinson.

“We’re here to help the parents be engaged in their child’s education,” MABSE president Francine Chokalis responded. “I realize there is some anger, but we want to talk through it and we’re looking for people to connect the resources. We want to connect so we can work together.”

Chakolis’s daughter, a pharmacist and former North High student, spoke about going to suburban schools and sharing the road to her career, but being turned away by schools in the Minneapolis district. Another community member volunteered to start a tutoring program, but didn’t get the support to actually implement it.

“Our department is investing in a program called Parent Aware that has recommended practices,” said Cassellius. “Kids have to play and they have to do social learning with academics. It’s about the environment and the relationship with the family. There’s a myriad of indicators so we are focused on that.”

“There’s still a lot of work to be done, but we’re seeing progress with the strategies that we’ve put in place. Students aren’t doing well. Not because they can’t learn, they haven’t been taught,” said Johnson. “What you’re being taught should not be different based on your zip code. What you know at one school, you should know at another school.”

One of the first and completed initiatives Johnson pointed out was removing entry exam barriers at schools like Southwest that offer special or advanced courses. Since doing so, from 2007-2012, the percentage of African-American students participating in AP and IB courses statewide has increased from 19 to 47 percent.

Also noted was the MPS increase from five to 25 High Five programs, which emphasize kindergarten readiness.  The High Five improvement was not supported by state or federal dollars, but rather established out of necessity to encourage early education.

“We’re creating a teacher evaluation that helps us understand where the best teaching is taking place so we can replicate practices and understand where teachers need support,” Johnson said. “If the teachers have the right mindset we make sure we give them the skills they need to be successful. Where teachers don’t have the interest, will, intent and skill to do better, we’ll help them find a respectful way out of the profession.”

“That means you’re not waiting until the end of the year to give a test or exam. [Teachers are] assessing students’ learning with more frequency. So far this summer, we’ve had 1,000 teachers go through this development training,” Johnson added.

Chakolis says MABSE differs from other educational organizations in the district as they seek community input by holding public hearings and community conversations and getting feedback from parents.

Officials at the hearing were open to listening, however it was clear that they couldn’t provide the hopeful answers or solutions that community members wanted to hear. Based on the current programs and lagging academic achievement, community members left unconvinced.