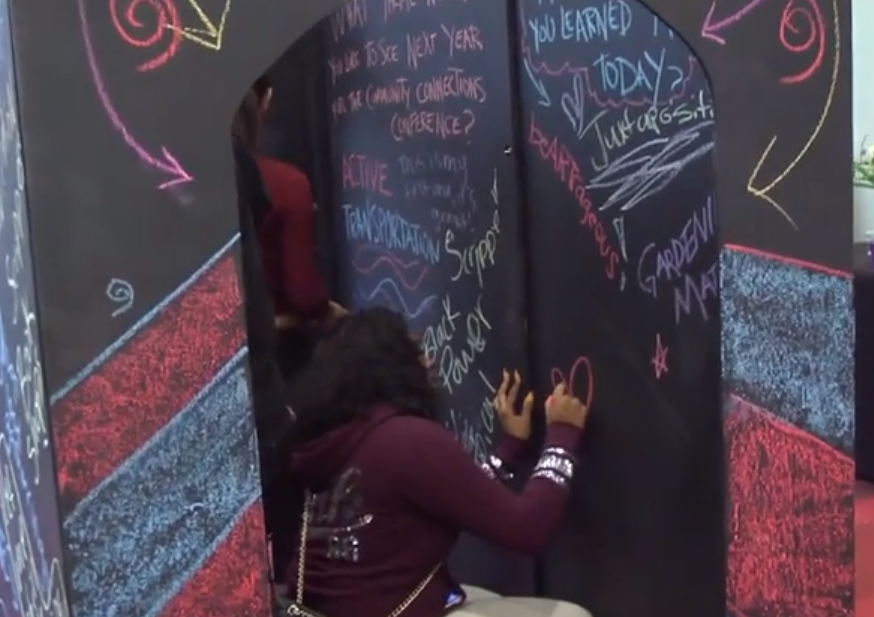 The third annual Community Connections Conference attracted over 500
people to the Minneapolis Convention Center on March 21 to meet, learn,
and get inspired for the work of creating a more equitable and connected
city of Minneapolis. The Conference, organized by the city’s office of
Community Relations and a committee of volunteers from across the city,
was subtitled “Creative Engagement and Action Using Arts and Placemaking.”
Neighborhood groups, community non-profits, arts organizations and city
departments exhibited at the “Village Square.” Many of them held
interactive exhibits, such as artist Aldo Moroni’s citymaking project at
the Bottineau Neighborhood’s space.

This year’s conference was called a “nonconference,” because it dispensed
with the uaual keynote address and workshops, instead holding a number of
“Learning Labs” on Placemaking, and performances.

This video shows just a small part of what went on during the day.