Organizer William Panzarella, awake since 4 a.m., was making sure everything was in order. “It’s a great turnout, better than expected,” he said.

It was dark and it was early, but excitement filled the restaurant as Oscar-winning actress Mo’Nique and Academy president Tom Sherak unveiled the nominations, which were displayed on several large screen televisions.

Pham and his staff prepared and served a family-style breakfast of Dim Sum to about 50 guests. “I love to cook and I love being here. It’s fun. Restaurants and bars are in the entertainment business too. I love Hollywood and I love movies. When I don’t work I watch movies,” said Pham, Azian Kitchen owner and executive chef.

The announcement breakfast was truly a community event. Attendees enjoyed an Oscar-worthy couture fashion show by local designers Christopher Straub, Emma Berg, Jenny Carle, and Carmichael Claith. The menswear came from the Minneapolis store Elsworth Menswear. Models walked to Rat Pack music and wore clothes in the theme of the film Breakfast at Tiffany’s. Handmade jewelry was worn by designer Bionic Unicorn of Minneapolis. Vita.mn and l’etoile magazine stylist Jahna Peloquin created the fashion show look. All the hair was fashioned by Jennifer Gullickson from The Hair-e-tic salon in Minneapolis.

In keeping with the upcoming Oscars, swag bags were handed out by Smart and Chic Beauty Lounge of northeast Minneapolis.

The Announcement breakfast was held to jump-start Minnesota’s Oscar Night America on February 27 at the Hotel Ivy. Cities across the United States vie to hold official Oscar telecast viewing parties during the Academy Awards ceremony, donating all proceeds to charity. The Twin Cities has an 18-year tradition of hosting Academy-sanctioned Oscar parties. For the second year, the Aegis Foundation is the official 2011 Red Carpet host. The two charities designated this year are the SMILE Network and The Link, said Panzarella, Aegis’ founder and executive director.  Pham said he donated the food and space for the Awards announcement in support of Oscar Night America, Minnesota. 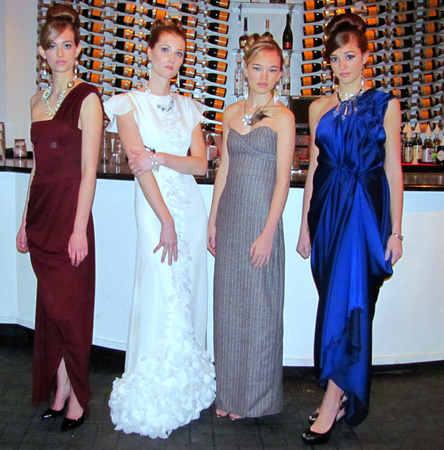 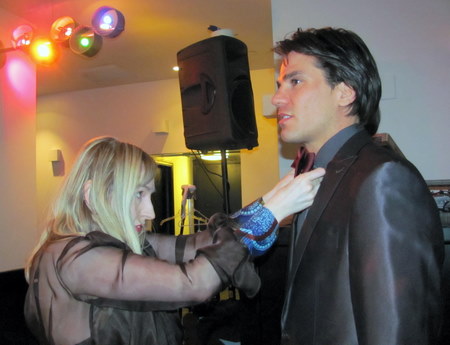 (Above) Stylist Jahna Peloquin fixed the bow tie of model David Rettler before he walks the runway at the Oscars nominations announcement breakfast. 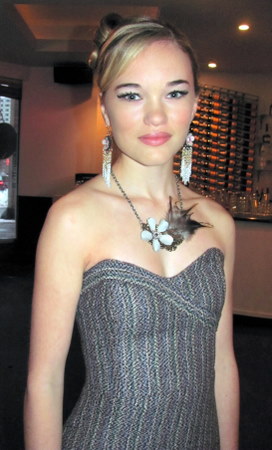 (Above) Handmade jewelry by local designer Bionic Unicorn of Minneapolis adorned the models at the Academy Awards nominations announcement breakfast. 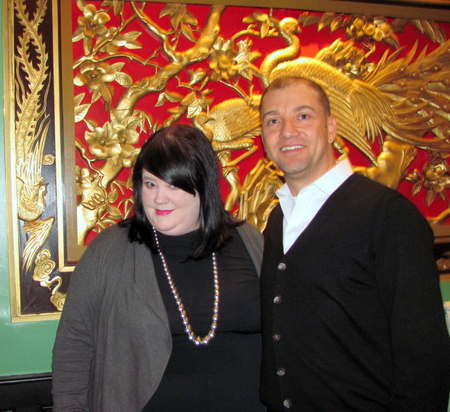 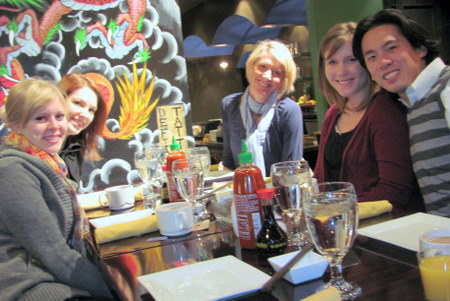 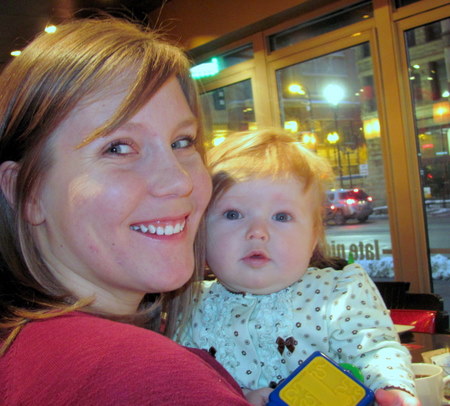 (Above) The youngest Oscar announcement attendee: Quinn Madison, eight months, who is held by Kelly Schumacher. 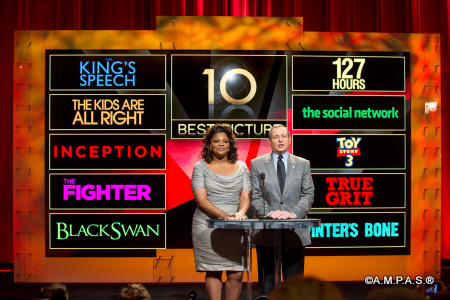 Nominations for the 83rd Academy Awards

Performance by an actor in a leading role

Performance by an actor in a supporting role

Performance by an actress in a leading role

Performance by an actress in a supporting role

Best motion picture of the year

Academy members from each of the branches vote to determine the nominees in their respective categories: actors nominate actors, film editors nominate film editors, etc. In the Animated Feature Film and Foreign Language Film categories, nominations are selected by vote of multi-branch screening committees. All voting members are eligible to select the Best Picture nominees. Nominations ballots were mailed to the 5,755 members in late December.

All active and life members of the Academy are eligible to select the winners in all categories, although in five of them—Animated Short Film, Live Action Short Film, Documentary Feature, Documentary Short Subject and Foreign Language Film—members can vote only if they have seen all of the nominated films in those categories.

Academy Awards for outstanding film achievements of 2010 will be presented on Sunday, February 27, 2011, at the Kodak Theatre at Hollywood & Highland Center, and televised live by the ABC Television Network beginning at 5 p.m. PT/8 p.m. ET.