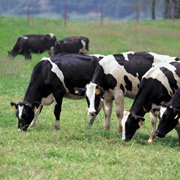 For several years running, livestock producers struggled with production costs as everything from droughts in cattle country to high feed costs in dairy, pork and poultry areas made producing profits a big challenge for farmers and ranchers.

Consumers with a taste for certain foods were whipsawed as well when producers cut back on production and sold off herds in response to either lack of pastures and feed or to lower operating losses.

Meanwhile, grain and oilseed farmers have had record years of profits from selling corn, soybeans, wheat and some specialty crops. Household budgets were pinched, and government feeding programs and nonprofit food shelves have struggled keeping up with demand for services and assistance.

This blog won’t tell people involved with agriculture and food anything they don’t already know. Instead, it is intended to remind other Minnesotans that a big flip-flop has occurred in the agricultural economy that still makes accessing proper foods difficult for lower income Minnesota families.

Simply put, prices for meats—especially beef—have skyrocketed from shortages and the cost of all high-protein foods are high. This takes meat off tables in some households. At the same time, profits from raising major Minnesota field commodities are disappearing with each trading day at the nation’s commodity exchanges.

In time, lower commodity prices that translate into lower feed costs will prompt farmers and ranchers to rebuild herds. Be forewarned: barring other unforeseen circumstances, rebuilding of meat supplies will take from 18 months to three years with poultry being the quick turnaround and substitute for other meats along the way.

Having watched commodity markets oveer the years, let’s say consumers and people involved with the Minnesota food and ag economy should be ready to receive conflicting news about food, household budgets and the broader economy as we close out 2014 and move into a new year.

It has already started. While meat prices were climbing to new highs, the Labor Department reported this past month that overall consumer prices grew at the lowest rate since February. The Los Angeles Times article on the CPI noted lower energy costs offset higher prices for food and shelter. That dropped the CPI measure of inflation to just 0.1 percent in July from 0.3 percent in June.

Such a low inflation rate is helping the Federal Reserve maintain its expansionary monetary policies to keep America on the path of recovery from the Great Recession. But that’s the big numbers picture. Here’s what it means in Minnesota:
Some farmers who were losing money in recent years will be making heaps of money this year and in 2015. Some farmers who socked away record earnings from grain and oilseed production in recent years may be dipping into reserves to cover production losses.

And all this is meaningless to the quarter of Minnesota’s population with the lowest household incomes. Accessing food and shelter will continue to be a huge problem no matter how the segments of the CPI change from month to month.