Law enforcement officials, state pharmaceutical regulators and prosecutors from across the state on Tuesday called for toughened laws to tackle what they said is a growing — and dangerous — synthetic drug problem in Minnesota.

Often more potent and unpredictable than their controlled substance cousins, testifiers before a House panel laid out the extent of the state’s synthetic drug problem to a handful of lawmakers. They offered suggestions on how to combat increased use of substances such as synthetic marijuana and bath salts that mimic the effects of traditional narcotics.

Rep. Erik Simonson (DFL-Duluth), chair of the House Select Committee on Controlled Substances and Synthetic Drugs, sponsored HF1464 late in the recently concluded 2013 session to beef up the state’s prohibition of synthetic drugs passed in 2011. He termed that legislation a “lookalike bill” that would target the intent of the chemical sold, not its specific chemical makeup. 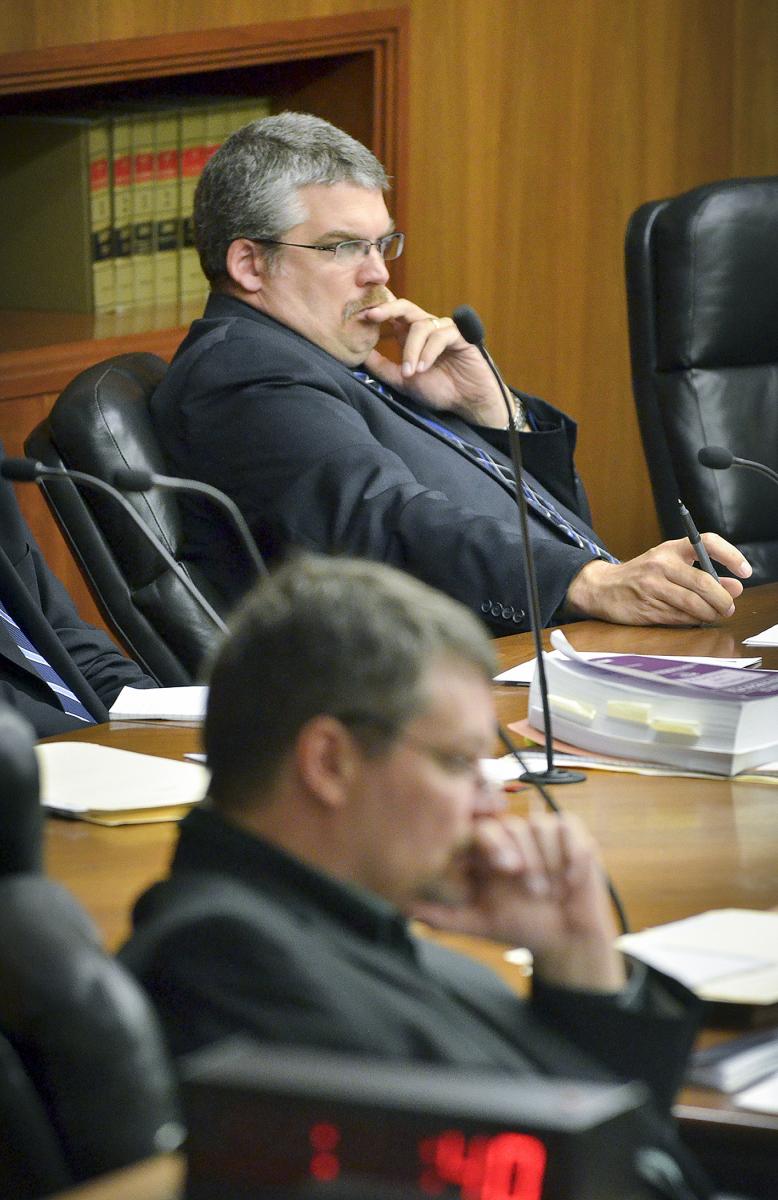 Too often, Simonson (pictured at right; photo by Andrew VonBank) said, state law enforcement officials and prosecutors are playing catch-up with slightly altered substances that can skirt existing law and continue to be sold in retail stores.

Tuesday’s hearing was the committee’s first formal meeting. Other members of the committee are: Rep. Kathy Lohmer (R-Stillwater), Rep. Jim Newberger (R-Becker), Rep. Dan Schoen (DFL-St. Paul Park) and Rep. John Ward (DFL-Baxter). Members gathered last month for a public hearing in Duluth, a city that has been at the forefront of the state’s struggle with synthetic drugs since officials there confronted the owner of a head shop over the sale of the substances in 2011.

Lawmakers are scheduled to meet again on the issue at a public hearing in Brainerd Aug. 22 and will begin discussing detailed legislation at a hearing in September, Simonson said.

From there, the committee will recommend action to the full Legislature “that, (a) we think will work; (b) will be effective; and, (c) that will pass,” he said.

Synthetic drugs are often “far more dangerous” than more traditional drugs like marijuana or cocaine, testified Cody Wiberg, Minnesota Board of Pharmacy executive director. That, he said, is because the substances are manufactured “by people who do not know what they’re doing.”

As a result, synthetic drug users don’t know what they’re getting from package to package, both in terms of ingredients and strength. That leads to numerous overdoses. Wiberg said users can experience effects like vomiting, cardiac arrest, seizures and severe agitation.

“Sooner or later, if you keep doing it you could kill yourself,” he said.