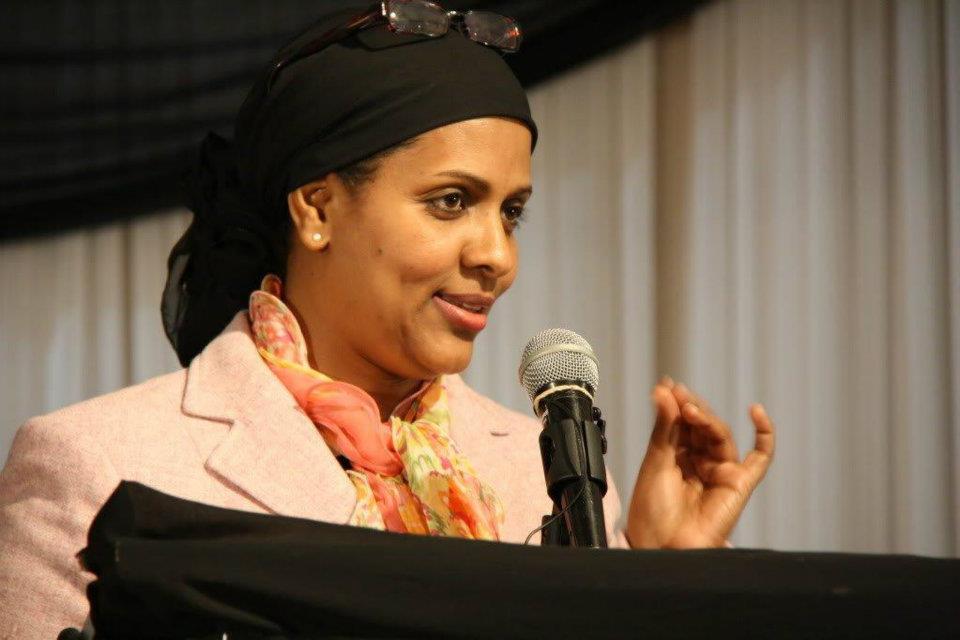 Walking through the Sabathani Community Center in Minneapolis, a long, winding hallway greets me. The lighting is dim and the walls are bare. Women of color stand in front of different doorways and little kids run around without mothers.

Behind a door with no signage lies the office of Isuroon. The Twin Cities organization, founded by Fartun Weli, stands for advocacy and community outreach in Somali communities.

Specifically, Weli is motivated to provide Somali women with emotional support and health resources to help ensure their success.

“We just want to make sure that the struggle of first immigrant, first generation Somali women is addressed and that they have every opportunity to succeed,” Weli said. “That will also mean that the second generation will succeed.”

Weli, originally from Somalia, struggled financially while growing up. But thanks to an involved and present mother, her life turned out a lot more hopeful than others.

Weli credits her mother for instilling a deep need to give back to the community as an advocate. Her mother also emphasized the importance of education in order to be successful.

After obtaining a masters degree in public health, Weli pushed hard to make change upon arriving in the Twin Cities. She started her own nonprofit organization, Isuroon, in 2010 to address cultural issues within the East African community.

Weli and several volunteers also worked hard to eliminate the vicious cycle of poverty and joblessness in the Somali community by making sure the people they helped were self-reliant. There was some resistance, though.

“We had a lot of complaints about school systems, especially nurses, about sexual education for Somali youth—teaching young kids about sexual health, “ Weli said.

She also received some flak from Somali elders who were wary of the organization. That led to her biggest breakthrough while working on sex education initiatives.

“Long story short, it was the final day of the report I had been working on, and I sat down with the elders because I wanted to bring them in. I shared the report, and I was just holding my breath, because it was the final minute. And then Uncle Ali, who had a red beard (a sign of tradition and wariness of Western culture), he called me over and said, ‘You did a good job,’ Weli said, laughing.

“That was a huge breakthrough for us.”

They also had to win over Somali men. As an organization that reaches out to women who may not have any other place to turn or someone they can trust with their issues, Weli also didn’t want Isuroon to seem anti-male.

“At the beginning, men were put off by the women’s rights issues, but as we proved ourselves that no, men were important—that they’re part of the emotional support of keeping families together—now they understand,” Weli said.

As for what she’s learned about youth while at Isuroon, Weli keeps her advice to Somali teens simple.

“You have to come back to your community,” she said.

Growing up in the United States as a teenager and being pressured by so many different parts of adolescence, it’s difficult to remember your culture. It’s much easier to blend in and be part of the melting pot.

It’s the message that stuck with me the most since I can also identify with balancing two different lives. It creates an identity crisis, and personally, was something I also struggled with in high school.

I spent most of my childhood in the suburbs and faced a lot of identity issues. Part of me wanted to show my hair and listen to Hilary Duff just like the other neighborhood kids, but I felt held back by my cultural restraints. I felt embarrassed by my mom’s broken English and the strong smelling foods we ate.

But as I grew older, I began cherishing the very things that made me different from my peers. I felt more comfortable in my skin after learning that speaking another language is actually an asset—not a negative thing. My hijab became a symbol of pride to me.

When Weli tells me, tells Somail teens—“Don’t lose your language. It’s your identity”—she isn’t scolding us. Instead, she wants us to be true to our roots, to take advantage of opportunities that will reward young, successful Somalis who are bilingual and can give back to the community.

Talking with Weli gave me insight on the great things that are being done in my community, all right under my nose. I am proud to say, as a Somali woman myself, that our community needs voices like hers.