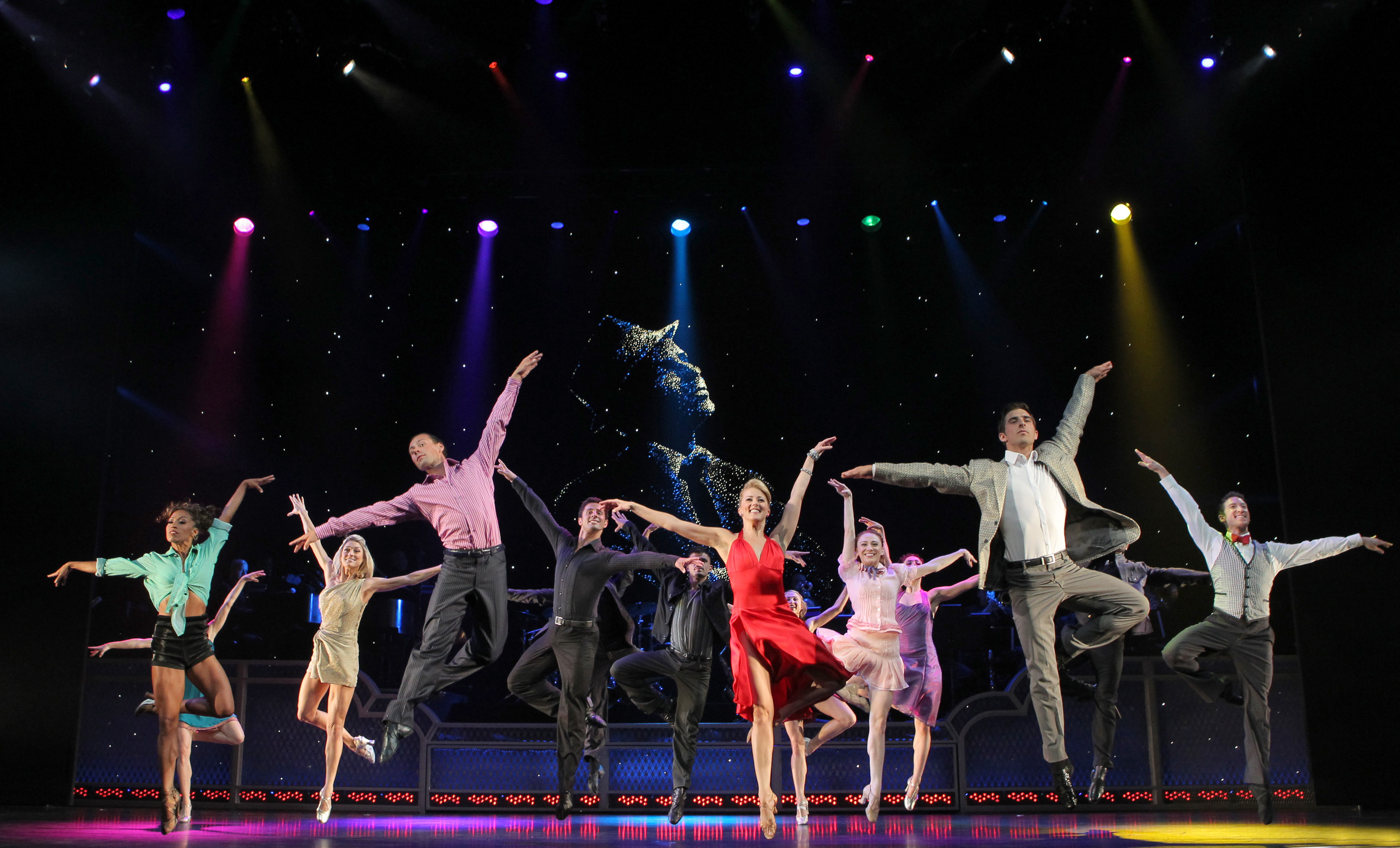 The Ordway opens its 2011-2012 theatrical season with Come Fly Away, a dance revue showcasing the choreography of Twyla Tharp and the music of Frank Sinatra. Tharp also conceived and directed Come Fly Away, which opened on Broadway in March 2010.

To set the scene, imagine a timeless night club with a great band that plays only Sinatra songs. Then add the voice of Frank Sinatra singing those songs from some unidentified source. Bring in a very nimble bartender (Ron Todorowski) and an innocent young woman (Mallauri Esquibel) who accidentally collide and experience love-at-first-sight. Then finally add an assortment of unattached men and women out on the town who arrive searching for love and a great dance partner. Overall, I found the show enjoyable but was disappointed in the lack of any connection between the characters and the audience. With no dialogue and really no music lyrics to suitably carry a story the interpretation of the story was left to me. Knowing that the program mentions four couples I found myself trying to identify the key players and by halfway through the show the relationships had developed to the point where I was able to do so. The costume design by Katherine Roth helped in that  each dancer had a signature color that was carried through the show.

Having seen two jukebox musicals—Movin’ Out, which took the music of Billy Joel combined with the choreography of Twyla Tharp; and Mamma Mia, which used the music of Abba—I thought I knew what to expect from Come Fly Away. However, instead of telling a story, this show is a series of relationships formed and broken through dance. I took a friend to the show with me; my friend pointed out that Frank Sinatra’s song lyrics were very narrow in their themes: love, break-up, love, disillusionment, love. With these lyrics to work with there was really only one story to tell, and that is what Tharp did. The other thing that was unusual was that, for the most part, the dancers on stage were connected as couples but not as a whole. There were some songs where the ensemble performed a traditional choreographed group dance but most of the time they were dancing around each other rather than connected—as they would do in a night club.  I felt that the dance was very athletic—incredible lifts and flips—but that there was very little variety. The standout for me was John Selya as Sid. Not only was he a strong dancer he also threw in some breakdance moves during one song, which impressed me as well as the rest of the audience. I also felt that Todorowski and Esquibel had great chemistry as well as a fun comedic interpretation of their innocent love blooming. My friend also mentioned the fact that the dance evolved from modern to ballet as the show progressed. As Tharp was quoted in the program saying, “A lot of people insisted on a wall between modern dance and ballet.  I’m beginning to think that walls are very unhealthy things.”

Time passing was marked by the costume changes: the dancers started with suit coats and cocktail dresses and by the end of the night the men had removed jackets, opened shirts and Todorowski was actually down to romping in his jockey boxers. The women transitioned to shorter dresses and most were down to lingerie by the time the evening was over. The dance done to the reprise of “Makin’ Whoopee” was not only sensual but, as my friend commented, as close to sexual intimacy as she had seen on the stage. The entire ensemble reverted to original costumes for the final song “New York, New York” which had the audience on their feet.

If you are a lover of Frank Sinatra music you should certainly see this show. Go into it looking for a music and dance revue rather than a “musical” and you will have the right mindset to enjoy this show for what it is: pure entertainment.