2014 was a year marked by significant advances in equity for the LGBT community, but the news wasn’t all positive. Violence against members of the community was a significant news story in 2014, as was the rise of anti-LGBT groups who despite failing to block equity efforts, disseminated false information about LGBT people. The Column has put together the winners and the losers for 2014.

Changemaker of the year: OutFront Minnesota

No organization has had a bigger impact on LGBT equity this year than OutFront Minnesota. The organization completed a strategic plan that moved from equality to equity, helped shepherd through the Safe and Supportive Minnesota Schools Act and a transgender-inclusive athletics policy. The group mobilized at Twin Cities Pride to ensure participants were safe from an evangelical group that was using deception to try to convert members of the LGBT community to become “ex-gay.” 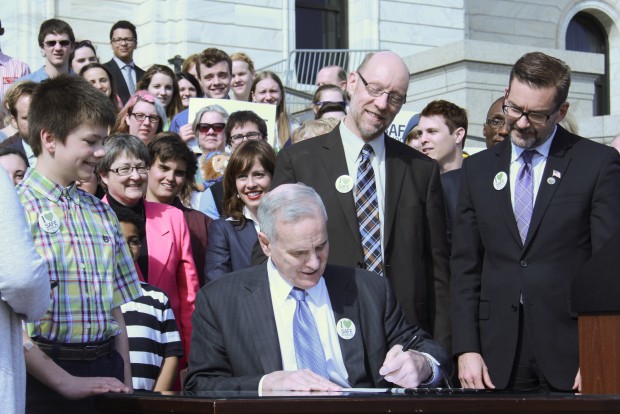 Dibble and Davnie took the lead on the Safe and Supportive Minnesota Schools Act. Spearheading a bill that would make schools safer for students and reduce bullying should have been an easy job, but with the rise of the anti-LGBT Minnesota Child Protection League, it was anything but easy. MNCPL spread false information about the bill, and organized Republican opposition to it. The bill had passed the Minnesota House in the 2013 session, and though no Republicans voted for it, the rhetoric was calm. In 2014, Dibble and Davnie dealt with claims that the bill would introduce pornography to students, that it was an affront to the Bible, and that it would harm student. Dibble’s and Davie’s responses to that rhetoric was patient, calm, and reasoned and by contrast made the opposition look foolish.

Other stories with a positive impact on 2014

Max Malanaphy, a Minneapolitan, will appear on RuPaul’s Drag Race in Jan. 2015.

Friends, family, and the community gathered resources in 2014 to remember Joel Larson, a dynamic young man murdered in a Loring Park hate crime in 1991. A park bench memorial is planned for 2015.

Community pressure led the Hennepin County Board of Commissioners to reverse course and allow the Lowry Bridge to be lit for Twin Cities Pride.

Minneapolis Mayor Betsy Hodges performed a wedding ceremony that ultimately led to a lawsuit to overturn South Dakota’s ban on marriage equality. A court is expected to take the issue up in 2015.

The Child Protection League emerged in 2014 as one of the most anti-LGBT organizations in Minnesota. Comprised of member of Education Liberty Watch, and the Parents Action League (which the Southern Poverty Law Center has labeled a hate group), the group claimed a mission to “protect all children from exploitation, indoctrination and violence.” But all of it’s work went to blocking LGBT equity and demonizing LGBT people. The group spread falsehoods about the Safe and Supportive Minnesota Schools Act.

MNCPL placed ads in Minnesota newspapers, including a full-page spread in the Star Tribune, that insinuated that transgender students were sexual predators. The group’s leaders ran to television, radio, print, and anybody else who would listen to decry the “LGBT Agenda” and paint the LGBT community as unsafe, unhealthy, and bent on the indoctrination of children.

Runner-up for Villain of 2014: Trinity Works

Trinity Works, a largely unknown evangelical outfit, made itself well-known to the LGBT community in 2014 after the group threatened to rent out the Gay 90s during Twin Cities Pride. The group wanted to mega-gay bar in order to evangelize and convince LGBT people to “leave the lifestyle.” During the Ashley Rukes LGBT Pride Parade, the group set up a corn feed promising water and food to parade attendees without acknowledging the group’s true intent: converting LGBT people. Trinity Works’ leader, Steven Uggen, also made some startling claims as he trained his disciples at the group’s “Messenger Boot Camp,” including the claim that his disciples would cure people living with HIV at Twin Cities Pride, and that 30 churches would come together to defeat the LGBT community like “David beat Goliath.” The group claimed to have converted dozens of LGBT people during Pride and have promised to return in 2015. 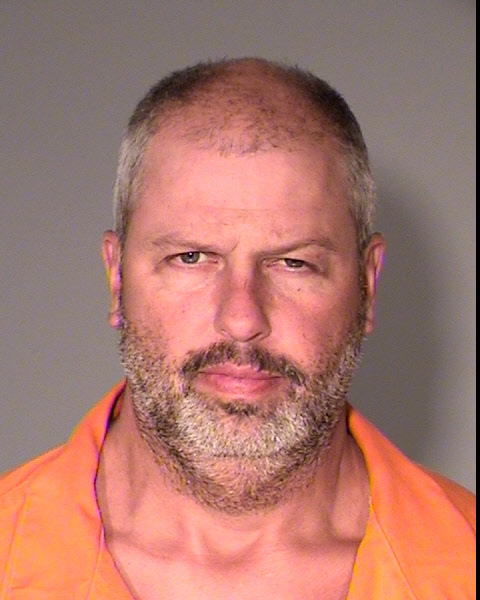 Ty Hoffman, Devon Strauss, and Wayne Steven Odegard all committed acts of violence against members of the LGBT community in 2014.

Two people at the 19 Bar were injured when the were shot by alleged gun man Devon Glen Michael Strauss.

Ty Hoffman allegedly shot and killed Kelly Phillips at a gas station in Arden Hills. Hoffman and Phillips had a prior business and personal relationship, most notably Lush Food Bar where Phillips served as owner and Hoffman as manager. Hoffman then lead police on a month-long chase where he robbed a bank before being caught outside a Shakopee Arby’s. His trial will begin in Feb. 2015.

Wayne Steven Odegard hurled anti-LGBT Bible verses before he opened fire on Saloon patrons with a BB gun. Odegard is currently serving 6 months in the work house for the incident.