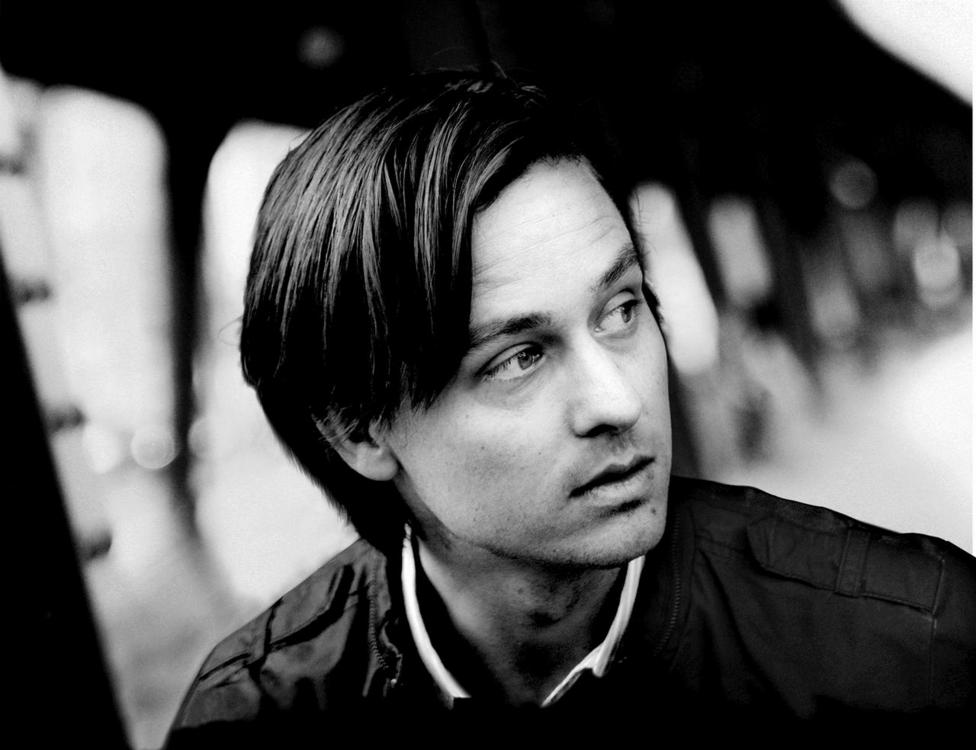 Despite the growth of café culture across the United States, we are often reminded by our movie heroes that a basic black coffee )“a damn fine cup of coffee”) offers distinct pleasures. A Coffee in Berlin, the debut feature from German director Jan Ole Gerster, concerns a young man’s search for that very thing.

Nico (Tom Schilling) is a law school drop out who has broken up with his girlfriend and moved into a new apartment. He’s unemployed and begins the first day of the rest of his life by going out for coffee at a nearby café. His simple desire is thwarted by the lack of cash in his pocket and the uselessness of his debit card. This sets off an absurd journey that is equal parts Ulysses, Slacker and Italian Neo-Realism with a dash of Woody Allen thrown in for taste. Each goal is met with frustration and it appears his life is a series of “first world” curses cast upon him. For Nico, it isn’t just one of those days, it’s an existential echo of his own malaise.

Shot in black and white in and around contemporary Berlin, this is one of those movies where the city itself is as much a character as the humans moving through it. The film offers a view of the city that is street level and sets mundane struggles against the backdrop of the city’s larger role in history, both recent and distant. Despite this, the essence of the story, if not universal, certainly feels very American. Not only that, but it feels like United States circa 1992. Which presents interesting issues for audiences who aren’t from the generation the film is supposedly about and for. The problems of “Generation X” are an inheritance.

The film pulls you in and entertains even though there doesn’t really seem to be any reason for it to do so. This is one of those movies where nothing really happens, and it is so lo-fi that part of me wonders what makes this one different from the many, many, other student films that cover the same ground. Part of the success comes from the classic style that emphasizes photographic composition as a storytelling device. Everything about this film challenges the notion that YouTube has deadened young filmmakers’ understanding of visual technique. Nothing groundbreaking though, at times looks a little too much like a commercial, but it is a solid bit of production that is sadly a window light in a room darkened by quickie filmmaking.

Most interesting about A Coffee in Berlin is the way the film addresses Berlin’s ubiquitous place in World War Two history. The first encounter comes when Nico meets an actor who plays a “sympathetic” German officer who is having a romantic affair with a Jewish woman in hiding. When asked if it was a true story, the actor tells Nico “it was WW2”, as if the term is a mystical catchphrase. Maybe in Germany, it is.  Later in the film, Nico meets a man with a more direct connection to the Nazi era, and this encounter places all of his struggles of the day in stark contrast. (Literally, in fact, as the film takes on a noir tone.)

Eventually, Nico does find his coffee. This conclusion is delivered in a manner that is a bit too artful, and calls out the poetics in a way that is alien to the rest of the film. Even so, this ending does cast the rest of the day in such a way that you feel like your slight contempt at this aimless youth is shared by the film’s point-of-view. Yeah, Nico’s walking around in a city that was in total ruins sixty years ago, feeling bitter because he can’t get a coffee, and it is okay to think he’s a little spoiled, because on some level he knows that himself. As much as this shares with classic stateside indie slacker film, this kind of reflection and history is absent from those movies, so A Coffee in Berlin adds something to that sub-genre.

A Coffee in Berlin doesn’t offer many dramatic fireworks or inspire convulsions of laughter, and it doesn’t cover much new narrative ground. The film is in a position of reflection; looking back at the recent past, looking back at film history, looking back at historical roots. In effect, it is very much like a simple cup of black coffee. A dark and somewhat bitter drink that makes you pause as it prepares you for wakefulness in the time to come.