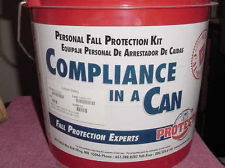 Not too long ago, the city looked into acquisition of a property in the Jordan neighborhood. The likely intent would be for demolition, so I went over to take a look. The house was listed for sale on the MLS, so we were able to get inside and look around. The house had suffered severe water damage throughout, and the smell of mold was overpowering. Mold, even pervasive mold, is not necessarily grounds for tearing a house down. But could the water damage be so extensive that it affected the structural integrity of the house? We couldn’t ascertain that in one visit.

The housing committee in Jordan recommended acquisition by the city for demolition, but only if an approved contractor deemed it unsalvageable. Before we could take that step, the house went into multiple offers, and the city likely lost out on its bid.

The dilemma we faced was a common one for distressed properties that could go either way. Namely, if it’s NOT torn down, then who will wind up buying the house? Will it be a known slumlord, or the next generation of problematic owners? Or is there a chance that a good owner might come along? The property is viewed in the community as beyond repair, not because of structural deficiencies, but because the community sees it as highly unlikely that a good owner will come along.

In this case, as well as many others, that dichotomy should not even rear its ugly head. This house was condemned, and therefore before it is occupied–even by an owner-occupant–it has to go through the code compliance process

In theory, the code compliance process should be the same for every owner and for every property. Take my home as an example. GMHC did the rehab work. The lead contractor was very good and very conscientious. The buyer was one of the staunchest housing advocates in the entire city. My Realtor was a northside resident and housing activist as well. There wasn’t a single person in that transaction who wanted to do anything except fully comply with whatever the city wanted from us.

And yet the first “final” inspection from the city resulted in new findings for code compliance. These were not items that were on the original list of repairs the city gave, that were overlooked or done incorrectly. These entirely new work orders that nobody knew about until that day, even though the initial code compliance report was done six months prior. That happened twice. We had three “final” inspections before ultimately passing code compliance, in spite of the fact that the property owner has a wealth of experience in navigating this process and nobody else involved wanted to skirt any rules whatsoever. And when I brought up my experience with other developers that do similar work, like Urban Homeworks, Project for Pride in Living, and Habitat for Humanity, I got nods of familiar agreement that they had all been there before.

Contrast that situation with someone like Mahmood Khan. Somehow he is able to glide through the code compliance process like a dolphin on a slip ‘n’ slide or a White Castle through the lower intestine. He gets out of the process untouched, even though it’s widely known that he thumbs his nose at code compliance and will have poorly-managed properties after that.

This, however, is not a rant about the apparent unfairness of that process, but rather how such inconsistent applications of code compliance contribute to demolitions in north Minneapolis. Here’s how that happens.

When a property is condemned and will require the full code compliance to be done in order for it to be brought back online, neighbors should actually be able to place their faith in that process. Either the owner will bring the house up to an objectively acceptable standard, or he will not. If not, then the house won’t get its occupancy permit, much less a rental license. If the property continues to languish in such a condemned state, it would eventually be demolished.

However, that is not the reality in north Minneapolis by any means. Substandard homes, owned by known bad actors, clear the code compliance process on a regular basis. Every time that happens, neighbors’ faith that a good owner will come along, or that the city will ensure a quality home, is diminished.

Because we as a community have arrived at a point where we feel we cannot rely on the city’s code compliance process, neighbors often wind up supporting demolition because at least that step keeps more immediate problems at bay. In essence, homes are being torn down, not because they are structurally deficient or beyond reasonable repair, but out of fear. If the code compliance process worked, we would have fewer demolitions and a better quality of rehab work in north Minneapolis.