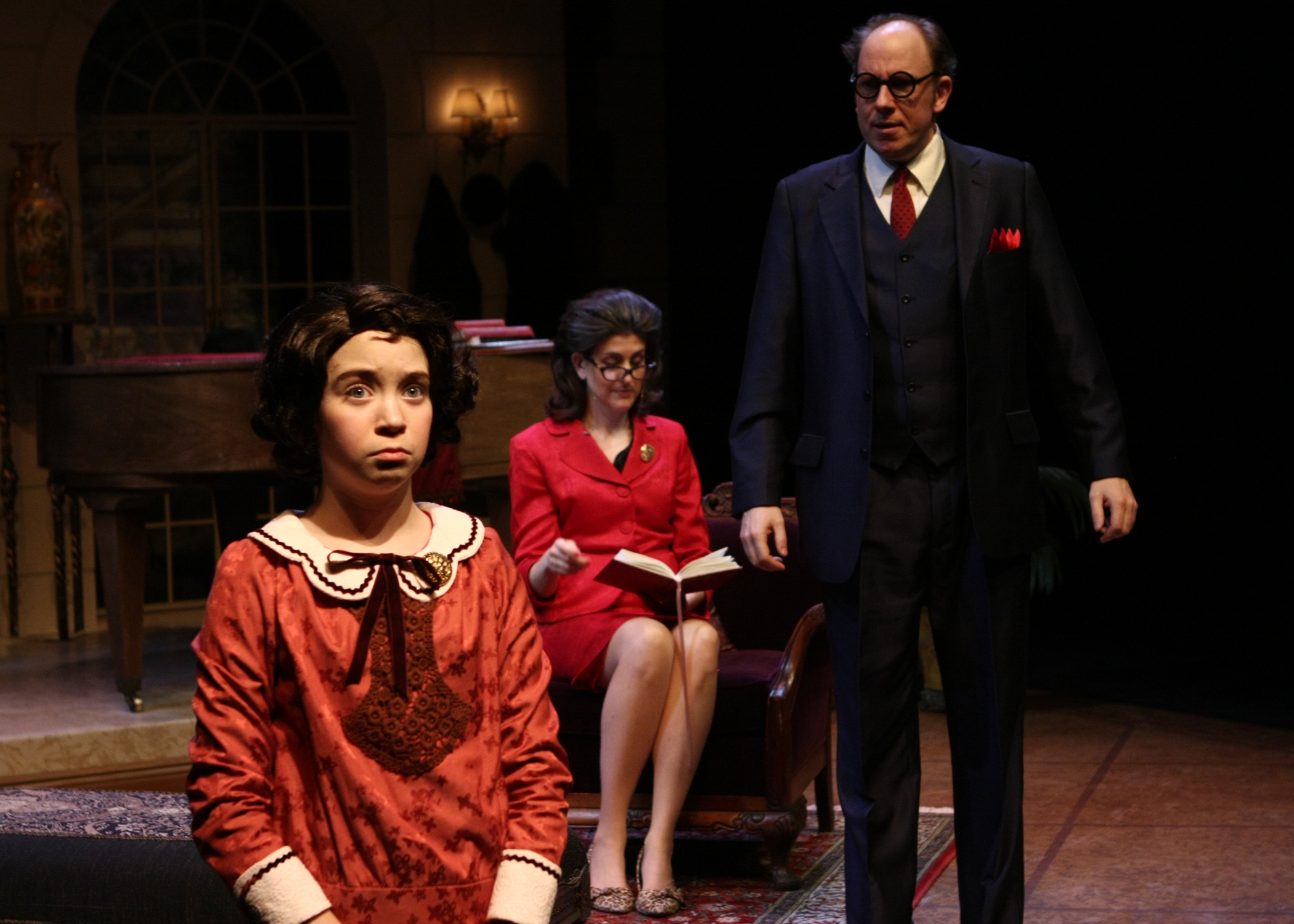 A delightfully charming slice of life in 1920s Minnesota is offered in the Minnesota History Theatre’s presentation of Coco’s Diary. The play was sparked by the discovery of 13-year-old Clotide (“Coco”) Irvine’s diary which was transformed into a book. Peg Meier, formerly of the Star Tribune and author of numerous Minnesota History books, brought the book to the attention of History Theatre’s Artistic Director Ron Peluso.  Peluso and Bob Beverage adapted the book for the stage under Peluso’s direction.

Like the diary, the play centers on the year 1927—the year that Coco was 13 years old and faithfully kept a diary. Like other literary works, such as Booth Tarkington’s classic Seventeen, the play conveys a particular time period through a coming-of-age tale. Coco was from a wealthy Minnesota family and she had the distinction of growing up in a home on Summit Avenue that later became the Governor’s Mansion.

The play opens in 1965 with the adult Coco and Tom are closing out the family’s mansion on Summit Avenue. Once Coco discovers her diary, the precocious lead character emerges and the play leaps into the year of 1927. Under Peluso’s direction, the trio effortlessly interchanges lines and roles with hilarious results. The core of the show rests on the shoulders on Riddle who handily plays the multiple moods and rebellious nature of Coco. She is flawless in delivering Coco’s one-liners that frequently broke the audience up with laughter. Endres plays his alternate roles with relish, especially Coco’s young suitor and her teenage brother Tom. Endres also spends time at the piano weaving popular tunes of the 1920s with the action. His and Riddle’s rendition of Frankie and Johnny was especially fun to watch. Despite the distraction of  her striking 1960s bouffant hairstyle, Wollenberg does a masterful job shifting between the roles of Coco, Coco’s mother, and Coco’s eight- year-old sister Oliva.

The most earth shattering events that occurred for Coco was being caught driving by her mother and setting off the school fire alarm. But the charm of the show comes from the everyday events that are surprising transferrable to this age of IPods and cell phones. At times, Coco’s thoughts reminded me of the diary kept by Anne Frank, the young girl who died in a death camp in World War II. Unlike Frank, Coco did not live under the ever looming threat of annihilation. But the striking similarities between Coco and Frank in their efforts to be independent, conflicts with their mothers, curiosity about boys, and general optimism about life show the universality of 13-year-old girls. Although the play runs a little long, it is entertaining and I highly recommend it to anyone who was once 13 years old.