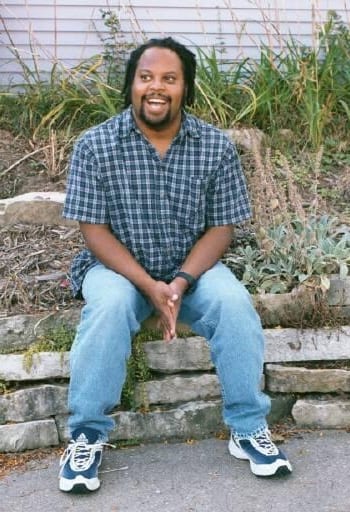 Jeff Bragg, before he lost his marketing job at Dunwoody College of Technology 16 months ago.

Minneapolis resident Jeff Bragg, 45, is nervously watching his Byetta supply dwindle. The injectable drug is one of three medicines the laid-off marketing professional uses to manage his type 2 diabetes.

He refilled them all last month, when he could still afford health insurance. But on Oct. 1 his federal COBRA subsidy ran out, making his monthly bill skyrocket from $230 to $650.

“At first I thought OK, I’m just going to take my medicine every other day, so it will last longer,” he said.

Until now Bragg was helped by the American Recovery and Reinvestment Act-generated subsidy, which cut his monthly premium costs by 65 percent.

When the stimulus was enacted in February 2009, workers could get up to nine months of subsidized benefits. A later amendment extended this to 15 months. To be eligible, employees must have lost their jobs between Sept. 1, 2008 and May 31, 2010.

Between one-quarter and one-third of Americans who collected unemployment benefits in 2009 used the subsidy, according to a U.S. Treasury Department report. Across the country, the subsidy has especially helped middle-class families keep their health care coverage, the report said.

In June, Senate Republicans thwarted another attempt to extend the program, among other benefits for unemployed workers.

That leaves people like Bragg, whose 15 months passed before he found another full-time job with benefits, facing suddenly insurmountable health care bills.

Kate Stanley, a former columnist and editorial writer for the Star Tribune, stands to face that critical point at the end of October.

She’s been through two COBRA cycles, she said, that illustrate the subsidy’s importance.

In the first, her 27-year position at the paper was eliminated — but this was in 2007, before the subsidy was in place. Her former employer paid the full price for her first six months of premiums, while she covered the next twelve.

After 18 months, she was no longer eligible for the costly coverage.

“I realized then that, given my medical history and the insurance rules at the time, I absolutely had to find a job (any job) with health insurance straightaway — or I’d forever be closed out of the employer-based insurance system,” Stanley wrote in an email.

She started working as a communications specialist for an area nonprofit. The job provided her with health insurance, but it ended up laying off its entire staff only four months later.

“And there I was again — in COBRA Land,” she said. “But this time things weren’t so monumentally costly.”

The ARRA subsidy reduced her premiums from more than $600 to nearly $200.

But as was the case for Bragg, this too came to an end after 15 months. She paid in full for the last three, drawing again on limited reserves.

And now, once again, she’ll soon have no coverage at all.

“Surely this is a problem for lots of people like me: long-time middle-income workers who have become jobless in middle age, have had great difficulty finding work in their field, and face fixed expenses they can neither realistically meet nor easily eliminate,” she said.

In the coming months more Minnesotans will meet their subsidy deadline. Some will have found jobs with health insurance by the time their 15 months is up. Others will have low-enough incomes that they qualify for subsidized programs, like MinnesotaCare, or they’ll be able to enroll in and afford high-risk pools like MCHA.

But still others will find themselves with no viable options, as they have too much money for MinnesotaCare but not enough to obtain private coverage. Like the people laid off after May 31, when the program stopped covering the newly unemployed, their choices are limited: They can pay the rent, or pay for health insurance.

That’s why Bragg is currently going without insurance, squeezing the most from his medicine reserves and hoping for the best.

“Why do you create a system,” he asked, “where you have to spend three-quarters of what you have to keep your health up?”

Reporter’s COBRA story: As a type 1 diabetic, I’ve been a very grateful recipient of the federal subsidy since September 2009, when my reporting position at The Daily Press of Ashland, Wis. was eliminated. Several months later I read about the state subsidy at Minnesota Budget Bites – thanks, Budget Project! – and immediately enrolled. I’ll lose my affordable COBRA after November and am applying for MinnesotaCare.