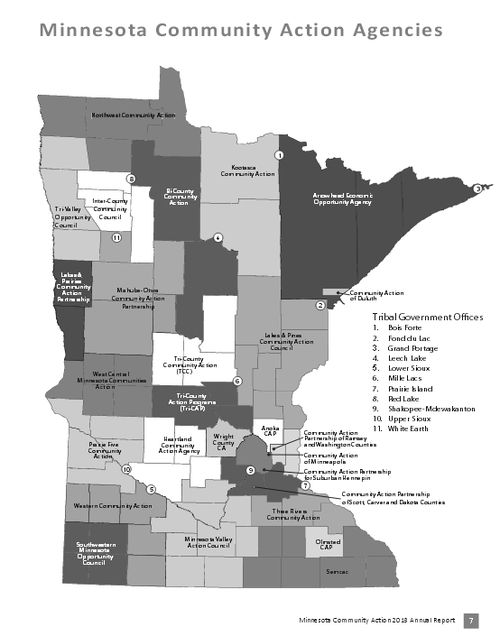 Like many Minnesotans, we read Alejandra Matos’ story in the Star Tribune with consternation.

In Audit scolds Community Action of Minneapolis for misspending hundreds of thousands of dollars, she reports:

Leaders of a Minneapolis nonprofit that serves low-income residents used taxpayer money to pay for a celebrity cruise and trips to Palm Beach and the Bahamas, according to a recently completed state audit.

Along with the trips, the audit by the state Department of Human Services found that the nonprofit’s leaders spent public money on bonuses, golf, spa treatments, furniture, alcohol and even a personal car loan.

The audit concluded that the organization’s longtime chief executive, Bill Davis, misspent hundreds of thousands of dollars from 2011 to 2013.

“It was deeply concerning how the dollars are being used,” Chuck Johnson, DHS’s deputy commissioner, said in an interview with the Star Tribune. “These are funds that are intended to serve low-income people, and they are entrusted to these agencies to make wise decisions about using those dollars.”

. . . The unusually critical audit throws in doubt future funding for a high-profile group that doles out federal and state aid to low-income families for heating assistance, weatherizing homes and providing services aimed at teaching self-sufficiency.

As well it should be: those dollars need to go toward programs to heat homes and teach people to be independent.

Matos reports that other community action programs in Minnesota do indeed spend much, much less on administrative costs and more on programs:

As Matos notes, the out-of-whack spending caught state workers’ attention and that of the DHS auditors:

DHS’s audit office decided to investigate because of concerns by state workers over the growing administrative costs within Community Action. [Note: that would be Community Action of Minneapolis]

We suspect that the research interns at the Republican Party of Minnesota headquarters on Franklin Avenue didn’t read that far down in the story and thus believe that there’s only one Community Action Program in the state–the one that was the focus of the state audit and Matos’ story.

And so the Republican Party jumped into action!

A kind friend forwarded us a RPM email blasted out Tuesday afternoon:

Corrupt or Clueless?
Mark Dayton Was Biggest Cheerleader For Taxpayer Funded Nonprofit, But Now He’s “Appalled” By It

An audit of a taxpayer funded nonprofit, Community Action, discovered corruption and misuse of hundreds of thousands of taxpayer dollars by Democrat leaders on luxurious trips to Palm Beach, spa treatments, and even a celebrity cruise. (Star Tribune, September 22, 2014)

Amid the corruption, Governor Mark Dayton has been a huge supporter of Community Action.

Click on the links–and you’ll learn that all three of Dayton’s actions were not specifically targeted to Community Action of Minneapolis, but all community action programs across the state.

Given this fact, we’re wondering whether the Republican Party of Minnesota is simply playing a bit of class warfare here.

Let’s examine the links cited as evidence of clueless corruption, one by one.

While the state only received $7.5 million through the federal program in 2010, Dayton notes that it helped leverage $500 million in other program funding , while enabling over 93,000 volunteers to donate 1.63 million hours of their time.

During 2010, Tim Pawlenty was Governor of Minnesota. Is Keith Downey suggesting that the state of Minnesota ought to have turned down funds via the Community Service Block Grant program–and that Dayton ought not to have fought against the proposed cuts? Did this money simply become a problem when a DFLer took office?

On to the next point:

Once again, the declaration concerns ALL Community Action Programs in the state, most of which use funds wisely–indeed, their low administrative costs provide state workers and the DHS auditors the benchmark which prompted the audit of Community Action of Minneapolis.

Moreover, the proclamation was prompted by the 50th anniversary of the creation of community action program across the country, not the single agency that is the focus of the audit and Matos’ article.

That being the case, the third point is based on a press release publicizing the proclamation:

Has the Republican Party of Minnesota decided to decry the corruption in a single nonprofit, corruption exposed by state auditors doing their jobs, prompted by the observations of public employees?

Or are they joining Jeff Johnson in arguing that somehow the fact of the state auditors exposing the corruption at Community Action of Minneapolis is reason to spend more–on private auditors?

Or is this the Republican Party of Minnesota opening up a war on the poor? Or are they simply clueless?

Screenshot: Minnesota’s Community Action Programs, via the 2013 Annual Report. As the Star Tribune article pointed out, “There are 26 community action groups across the state. Administrative costs typically account for 15 percent of their budgets.” But as far as Keith Downey and the RPM go, if state auditors have busted one program, they’ve busted them all.