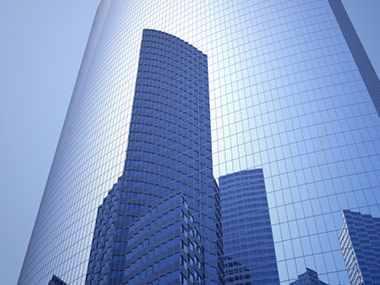 Minnesota legislators are working to close a corporate tax loophole that places smaller business at a competitive disadvantage to larger multi-state firms. Adoption of a corporate throwback rule would close this loophole while generating badly needed revenue that could be used to increase state investments or reduce other taxes.

As explained by the Institute for Local Self-Reliance (ILSR):

Federal law does not allow a state to tax a corporation that does not have physical facilities or “nexus” in the state. Simply making sales to a state’s residents, without a factory or other tangible presence, does not create nexus and therefore exempts the corporation from tax liability in that state. As a result, many multi-state corporations have “nowhere” income — profits that are not taxable in any state.

The growth of “nowhere income” creates an opportunity for large multi-state corporations to avoid paying their fair share of state taxes. According to ILSR, “Companies with factories in states that have adopted single-sales factor formulas may not be paying enough tax to cover their use of public services, such as state highways.” ILSR goes on to argue that the “nowhere income” loophole is particularly unfair to smaller businesses.

If a business has all of its property and payroll in one state, it is not allowed to attribute any of its income to other states, regardless of what kind of apportionment formula the state has or where the firm’s sales occur. Because their larger rivals may not have to pay state taxes on a significant portion of their income, this places small businesses at a competitive disadvantage.

Most states that have a corporate income tax have enacted a “throwback rule” to mitigate the problem of nowhere income. The throwback rule specifies that sales from a corporation to a state in which it does not have a physical presence or to the federal government are thrown back to the state of origin for the purpose of determining corporate income apportionment. The Institute on Taxation and Economic Policy notes that “When legal reformers sought to create a uniform and fair system of state corporate taxation in the 1950s, they included the throwback rule in their recommendations, known as the Uniform Division of Income for Tax Purposes Act.”

Despite this recommendation, Minnesota does not have a throwback rule. Thanks to Representative Joe Mullery of Minneapolis, this may change soon. Mullery has introduced House File (HF) 37, which would bring the throwback rule to Minnesota, thereby closing a big corporate tax loophole and generating a projected $87 million in revenue for the state in the upcoming biennium (FY 2014-15).

In a discussion of this bill during the February 13 House Tax Committee meeting, conservatives complained that this would increase taxes on 700 Minnesota businesses. However, the other 145,000 Minnesota businesses that do not have “nowhere” income will see no tax increase as a result of the throwback rule, but will benefit from either an increase in public investment and/or a reduction in other taxes. Minnesota’s tax system is made simpler and fairer when we get rid of tax loopholes that benefit a handful of taxpayers at the expense of the state as a whole.