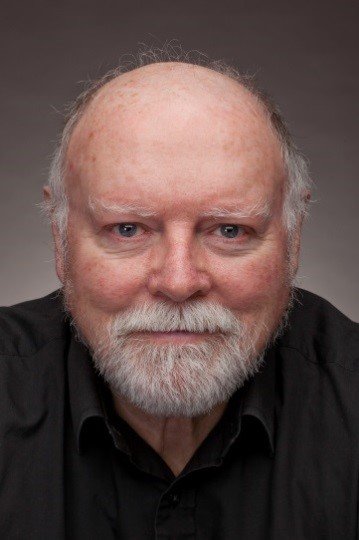 Clive Geraghty, one of Ireland’s finest actors, will be bringing his self-authored script A Celebration of Seamus Heaney to the Irish Fair as an Ouroboros Theatre, Ireland, production. His presentation will evoke the spirit of the great Irish poet and world famous Nobel Laureate who passed away in August, 2013.

Mr. Geraghty was involved with the Abbey theatre, Ireland’s National Theatre, from 1962 to 2005 offering thousands of performances in hundreds of plays. Some of the highlights from his extraordinary career include playing the roles of Charlie (1985) and later Da (2006 Irish national tour) in different productions of Hugh Leonard’s autobiographical comic masterpiece, Da; playing Malvolio in Shakespeare’s Twelfth Night (directed by Joe Dowling currently the Guthrie Theater’s Artistic Director); presenting Hickey in Eugene O’Neill’s scorching The Iceman Cometh; portraying the terrifying Irish patriarch in Tom Murphy’s A Whistle in the Dark, and appearing in six different productions of O’Casey’s towering portrait of Dublin city and its denizens in 1916, The Plough and the Stars. He won the Best Actor award in the early 1980s for his portrait of the concentration camp martyr, Maximilian Kolbe in Kolbe.

Mr. Geraghty was also a director for two years with the Abbey and one of its shareholders for a quarter of a century. His reminiscences, anecdotes, and stories evoke the huge camaraderie and spirit of Ireland’s most important theatre. In the view of Cathy Belton, an actress currently playing in Brian Friel’s Aristocrats on the Abbey Theatre stage who was mentored and encouraged by Mr. Geraghty when she joined the National Theatre in 1995, “Clive is simply one of the greatest Irish actors. His inimitable stories carry the culture and memory of that great theatre and pass them along to the next generation of actors.” He has also worked in film and television in such productions as The Tudors, Ballykissangel, The Real Charlotte, Widow’s Peak, and Into the West. With his permission, we excerpt a section of his script, A Celebration of Seamus Heaney.

[Note: the script at this point discusses Heaney’s awareness of how language and identity are interlinked in Ireland.] Seamus makes his own feelings on language very clear in his introduction to Beowulf. If the young WB Yeats was comfortable in the skin of the English language, young Heaney wasn’t. He tells us ‘And yet to persuade myself that I was born into its language and that its language was born into me took a while; for somebody who grew up in the political and cultural conditions of Lord Brookeborough’s Northern Ireland, it could hardly have been otherwise.

‘Sprung from an Irish Nationalist background and educated at a Northern Irish Catholic school, I had learned the Irish language and lived within a cultural and ideological frame that regarded it as the language that I should by rights have been speaking but I had been robbed of.’

He goes on to tell us about the thrill he experienced when he stumbled upon the word Lachtar in his Irish-English dictionary, and found that this word, which his aunt had always used when speaking of a flock of chicks, was in fact an Irish word, and more than that, an Irish word associated in particular with County Derry. Yet here it was, surviving in his aunt’s English speech generations after her forebears and his had ceased to speak Irish. The little word he tells us, was like a rapier point of consciousness pricking me with an awareness of language loss and cultural dispossession. He tended he says to conceive of English and Irish as adversarial languages and this was an attitude that hampered the development of a more confident and creative way of dealing with the whole question of the relationship between nationality, language, history and literary tradition in Ireland.

The problem was solved for him by a lecture by Prof. John Braidwood in Queen’s University on the history of the English language. Braidwood pointed out that the word for water in Irish and in Scots Gaelic is ‘uisce’ and that the river Usk in England is therefore to some extent the river Uisce. And Seamus says, “In my mind the stream was suddenly turned into a kind of linguistic river of rivers issuing from a pristine Celto-British Land of Cockaigne, a riverrun of finnegans wakespeak pouring out of the cleft rock in some prepolitical, prelapsarian, ur-philological Big Rock Candy Mountain –and all this had a wonderfully sweeting effect on me. The English/Irish duality, the Celtic/Saxon antithesis were momentarily collapsed.”