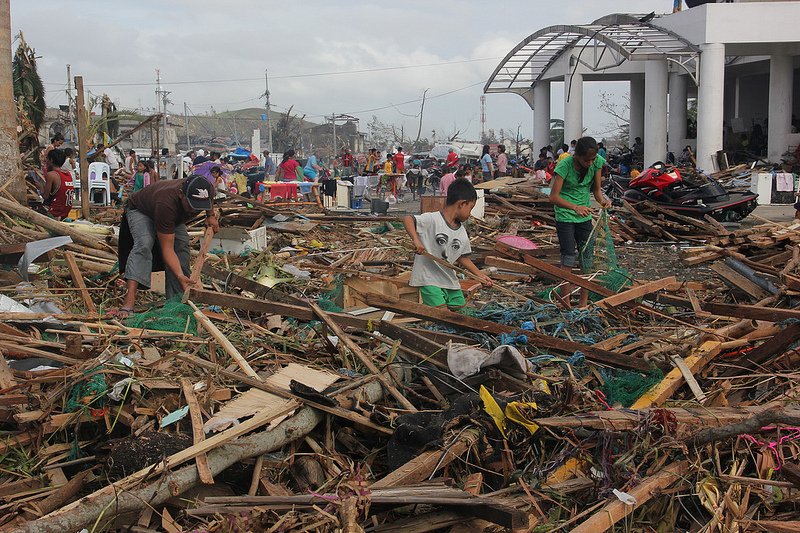 In the past week, we have had a terrible reminder of what’s at stake in our work with the horrific typhoon hitting the Philippines. IATP Board Member and Director General of the Asian Farmers Association (AFA), Esther Penunia, has let us know that she’s alright, after several anxious days. Some of our earliest work with AFA was working together to build knowledge and capacity on climate change before the Copenhagen talks in 2009, and they continue to be close partners to promote agroecology as a resilient, low-carbon solution to feeding a climate-challenged world.

Esther lives in Manila and was there when super typhoon Haiyan struck last Friday. Esther and her immediate family got through fine, but her sister’s family lives in Tacloban, the hardest hit city. Esther had no news from them for several days. But Tuesday, she reported that her sister and family are safe—despite being in Tacloban at the height of the storm. As Esther told us, “You know how strong you are when being strong is the only choice left for you.”

Haiyan was the strongest tropical storm to make landfall in history. It was almost certainly made stronger by the warming of shallow Southeast Asian seas due to man-made climate change, and its effects were exacerbated by the unusually high degree of sea level rise the region has already experienced in recent decades. The Philippines delegate to the international climate talks in Warsaw issued a strong plea for action, and has gone on a hunger strike to try to spur strong action.

This awful tragedy—more like a crime, really!—is a reminder to all of us that climate change is the environmental, social justice and food sovereignty issue of the next century, no matter who’s in the White House or Congress.