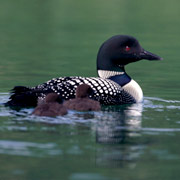 Ely, Minnesota has been an environmental battlefield for decades. Ely was founded as an iron mining town, and a century later, conflicts today focus on mining.

The conflict came to a head recently at a meeting of the St. Louis County board of commissioners in Ely. Commissioners were hearing testimony about a proposed resolution in support of nonferrous mining in the County. The commissioner chairing the meeting asked the people testifying to state whether they wanted clean water or jobs.

Clean water OR jobs? The commissioner’s request was doomed from the beginning. Whether it was a fourth-generation miner or a hardcore environmentalist, almost everyone who came to the podium essentially said, “Both.”

Out in the parking lot, dozens of people gathered waiting in the cold wind for a chance to get inside. Some amazing conversations developed, respectful and friendly dialogue between people on opposite sides of the issue. After some heated moments of tossing bullet points at each other, most of these conversations ended in agreement. If the mining was going to happen, it has to be done right. The environment must be protected. Jobs AND clean water, not one or the other.

The resolution that passed had new wording in it. It was now in support of strong environmental review, not just in support of mining. Even the county commissioners had come around to that same point. It’s not jobs OR clean water, it’s both.

Minnesota does have strong environmental regulations in place. These regulations have been under pressure. Water quality standards related to wild rice have been threatened in the state legislature. Minnesota’s strong clean air and energy standards were severely challenged this year in an effort to allow more dirty coal burning.

While everyone agreed on the importance of “doing it right,” the big question hanging in the air in Ely was how to ensure that it’s done right. Minnesota has strong environmental regulations, and mining supporters including corporate executives said that the mining companies would “meet or exceed” these environmental standards. Corporations do not meet environmental standards because they want to, they do so because, by law, they have to.