Unless farm groups, community organizations, faith-based groups and state and local governments weigh in on the debacle in Congress, a class warfare battle over who has access to the American pie—and our food—is going to get uglier, costlier and more damaging to future generations of Americans. 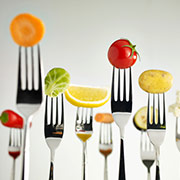 As people involved with agriculture and food in Minnesota must know by now, the House voted Thursday on mostly party lines to pass what farm groups are accurately calling a “partial farm bill” (“Groups, Lawmakers File Mixed Reaction on Partial Farm Bill Vote”). In doing so, it stripped food and nutrition programs that account for 80 percent of federal agriculture spending from the legislation. It should be noted there were 12 conservatives from more diverse districts who broke ranks and voted against the House bill.

Initial reports from the New York Times, Washington Post, USA Today and other publications left open uncertainty about what might happen next. There is a possibility room doesn’t exist for compromise between House and Senate versions of this important legislation.

If you back up about three paces and take a deep breath, you can see reasons why the uncertainty is justified.

The farm bill has always been a key “people’s bill” given its wide swath of programs for food consumers, producers and the entire food chain from farm to table. This is why it seems improbable that the House of Representatives would ignore the entire body politic and focus just on special interests that benefit from the bill.

Indifference to people’s needs isn’t so strange in a gerry-rigged legislative body. Indifference to college students and to their working-class parents is also underlying Congress’ inability in making Stafford college loans affordable for what some conservatives quietly call the “riff-raff.” Cut to the quick, class warfare and divide-and-conquer strategies underlay most of the problems tying up the dysfunctional Congress – with efforts to undermine healthcare another leading example of this divisiveness.

If you click on the House Agriculture Committee’s website, you will see an extremely succinct and accurate statement from Committee Chair Frank Lucas of Oklahoma, written in more optimistic times, on the farm bill’s importance:

“The work of the Agriculture Committee, including reauthorizing the Farm Bill, affects every American; ensuring that our farmers and ranchers have the tools they need to produce an abundant and affordable food and fiber supply is as important to our country as national defense.”

It is indeed. Unfortunately, the House of Representatives undermined that stated goal on Thursday and started what appears to be a rationing attempt to limit access to that abundant supply of food.

Any future action the House might take to provide food assistance to the poor, young, elderly and infirm will be spun with lofty, cover their tracks rhetoric. But if the end objective of reducing public payments on food assistance is achieved, regardless of how well the U.S. economy is doing, raising hunger and malnutrition will be the outcome. If this is imposed on the more unfortunate classes in America, we will see the greatest regression to class warfare in at least half a century.

Bringing this close to home, community organizations, food shelves, church groups and government agencies all face enormous challenges going forward in meeting basic human needs and caring for one another. The class warfare tearing at the heart and soul of America is affecting us all.