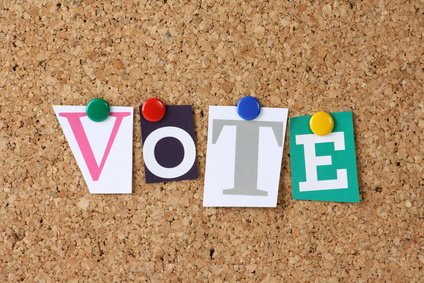 It’s asking a lot, the whole democracy thing. It only works when the people who are put to the task of voting have some idea of what they are voting for. That’s easier said than done, especially for local elections. Oh yeah, who’s running for the Board of Estimate and Taxation again? I guess I probably should look that up.

EDITOR’S NOTE: You can find our election coverage here .

I remember the presidential election of 2000. I liked Ralph Nader, and was planning on voting for him, but I was basically peer pressured into voting for Al Gore by my friends at the time. Looking back, I still question whether Nader had anything to do with Gore’s eventual loss — probably a little bit, but maybe not enough to change the outcome.

Now here we have the mayoral election. In some ways, there’s a lot less pressure. If someone we don’t like wins, it’s not like they can go to war or something like that. Really, how much damage could a bad mayor really do?

Maybe it’s because I really feel like Rybak has done a good job. I’m not one of the people that hates him about the stadium (I think we could have gotten a better deal, I’ll admit that.) But in general, I think this is a pretty good city to live in. And my ideal next mayor would continue to build new bike lanes, help pave the way for more trains, and stay out of the hair of the park board and the school board (which, suddenly as he’s on his way to work for an education nonprofit, Rybak is making a fuss about). More recycling, adding a composting program, making sure Xcel Energy doesn’t walk all over us when their contract needs to be renewed, providing independent oversight to the police and looking out for the city’s most vulnerable citizens — I feel these are not such huge things to ask out of a mayor.

Of course there’s no such thing as the perfect candidate, and each of us has to go through this process of figuring out which of the 35 contenders most fits where we want the city to go. The amazing thing about Ranked Choice Voting, if I understand it correctly, is that you really can “vote your heart,” and not worry it will serve the person you like the least, because if the candidate you like probably won’t win, you can put a more likely candidate as your second or third choice.

A lot of people I know aren’t planning on voting at all. I definitely understand the sentiment. If you aren’t totally enthusiastic about one candidate, it’s kind of hard to muster up the energy to go and vote for someone you feel tepid about. Personally, I’m looking at it as a good practice opportunity. Here we have a chance to make a decision about who will be in charge of the city where we live, which, in some ways, has a lot more to do with our day to day lives than a national election. Even if you don’t feel like it or have better things to do that day, you should go because

b) if you don’t go, then someone you really don’t like might win and make decisions that negatively impact your life. These decisions, sure, may be smaller in scope than national decisions like war or health care policy, but they may very well affect how you get around, the opportunities that are available to you, the air you breathe, the safety and the overall livability of the place you call home.

it may take a bit of reading, but there’s no shortage of material. There have been, what — a million debates so far?

So think of it as brushing your teeth. It may not be the most exciting thing to do in the world, but if we all do our civic duty maybe, just maybe, we’ll get a mayor and council members (and don’t forget about board of estimate and taxation and also don’t forget to read up about the new charter amendment) that can meet the needs of everybody.