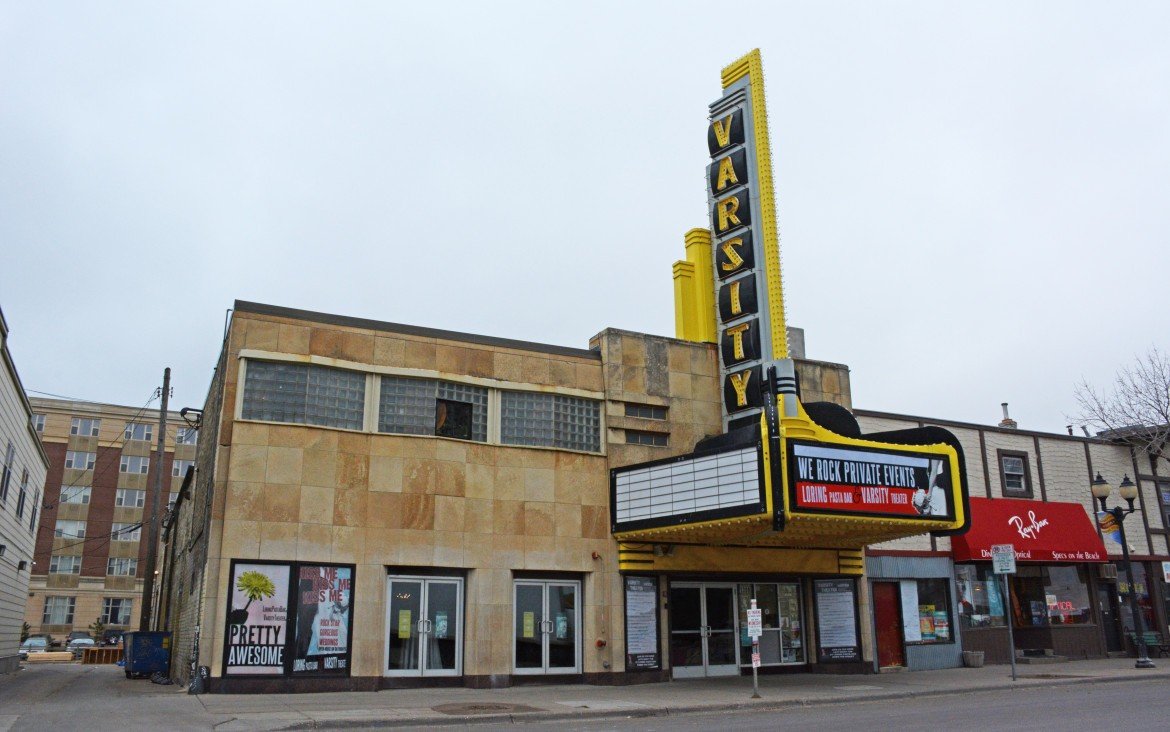 Fewer than two weeks remain for public comments on proposed historic designation for Dinkytown, a quaint business district in Southeast Minneapolis adjacent to the University of Minnesota.

The city’s “Dinkytown Historic District Designation Study” suggesting possible historic designation for the district and specific buildings has been posted here  within the city’s Community Planning and Economic Development website. The documents can also be viewed at the Minneapolis Central Library, the Southeast Library in Dinkytown, and the CPED office, 105 Fifth Ave. S., Room 200.

Since February 2014, the Minneapolis Heritage Preservation Commission has temporarily halted further development in Dinkytown pending this study to determine whether some of the four-block business district should be protected from demolition and drastic change. Four mid-rise, mixed-use apartment buildings have opened in Dinkytown over the last decade – two of them in the past year – raising questions about the survival of the funky business district.

After the public comment period ends on May 25, the city will begin its “review and approval process for designation studies” and schedule a public hearing in June or July, the CPED website reports.

Powerful interests have lined up against historic preservation, however, even though a strong coalition persuaded the city to stop further development pending the study of the district’s historical value.

The city’s 77-page report, complete with historical pictures and maps, proposes how a national historic district could work and whether certain buildings would contribute to it. An appendix  contains reports on specific buildings and other documents, including a social, cultural and architectural history by Preserve Historic Dinkytown, organized to “preserve and promote Dinkytown history and character” by collecting and archiving photos, art and stories “to raise consciousness of the importance of this neighborhood,” their website says.

The City Council approved the temporary moratorium on demolition after developer Kelley Doran, who has built several mixed-use buildings in Dinkytown and the surrounding neighborhood, proposed destroying much of the 1300-block of

Fourth Street Southeast for another mixed-use apartment building. Since then, he has acquired rights to the cinder-block building with a coffee shop and clinic at 1315 Fourth Street and demolished the only remaining Dinkytown single-family home around the corner at 410 13th Avenue. The house was outside the proposed historic district but within the four blocks that make up Dinkytown.

These acquisitions could help Doran build a hotel he proposed after dropping the idea of another mixed-use apartment building on the block. The hotel could be behind existing buildings and reuse some of the old buildings as ancillary parts of the hotel.

City Council member Jacob Frey, who represents the district, has supported the concept, saying that saving the shell of old buildings can preserve the character of an area even while incorporating the old buildings into new structures. (An extreme example of this idea has been the proposed high-rise on the site of Nye’s restaurant on East Hennepin near the riverfront, also in Frey’s ward.)

The CPED staff has recommended approval of Doran’s request for demolition and the City Council said the cinder-block building has little historical significance but, since then, Al Milgrom’s film, “Dinkytown Uprising,” showed the building as Scully Music Studio next door to the large month-long protest to save buildings demolished in 1970 to build a Red Barn fast-food restaurant. None of the documents mention that the building was also the site of antiwar protests in the 1970s when an Air Force recruiting office was on the second floor.

Built in 1955 with the second floor added in the early 1960s with a drive-through that now goes to a parking lot behind it, this may be the least likely building to be preserved, even though the city’s draft report lists it as contributing to a potential historic district.

To become a historic district, however, an area may require a theme – like the milling district developed on the riverfront and the historic homes of many Minneapolis founders along Fifth Street Southeast – both in the Marcy-Holmes Neighborhood that also includes Dinkytown. A major theme proposed in the draft of a historic plan is the development of a small business district serving both the neighborhood and the University’s Minneapolis campus, which was just across University Avenue.

Doran and other Dinkytown landowners signed a statement unanimously demanding that the city resist any historic or conservation designation and avoid placing any restrictions on their properties. Nonetheless, they have asked the city to create more parking facilities for them.

Failure to fit Dinkytown into historic preservation requirements may not rule other ways to preserve its character. Conservation district designation – some call it historic preservation light – allows neighborhoods to create standards for development. One-third of the property owners need to initiate a conservation district and two-thirds of them must approve a final designation. With Dinkytown owners already opposed to any restrictions, this is not likely to happen.

Another tactic could be to create an overlay district, like the bicycle emphasis already in Dinkytown, to impose a level of control over new development. Restrictions on height or building materials, for example, could help perpetuate certain architectural themes in a district.

Dinkytown grew up with the University of Minnesota, which was founded in 1851, closed during the Civil War, and reopened in 1867, the report says. “By the time of the introduction of the ‘horse railroad’ and station at the corner of 4th Street & 14th Avenues in 1885, the University was growing.”

Dinkytown developed businesses catering to both the University and the surrounding neighborhood. “College Inn Hotel/Dinkydale (1902) and the adjacent annex (now Erik’s Bike Shop) located at 1310-1320 4th Avenue provided visitors and student housing on the upper levels with storefronts below. The three-story Tudor Revival style structure at 323 14th Avenue was a private residence on the upper two stories of U of M professor Harlow S. Gale, with a restaurant occupying the main floor storefront. Built in 1910 this building now houses ‘The Refinery.’ The 1902 constructed Northwestern School Supply Company (with a printers in the basement was where the Loring Pasta Bar is now located.” Residential dwellings faced Fifth Street and 13th and 15th avenues. “Of the existing 30 buildings which are the focus in this study in the four block area at the 4th Street and 14th Avenue intersection, just over a ¼ of them were built in this decade of the 1900s.

Another building boom hit Dinkytown in the 1920s when another quarter of the current buildings were built. The building adjacent to the Gale residence was constructed in 1920 by the Baltimore Dairy Lunch company, an early version of a fast food restaurant where customers ordered their food at a counter. Dayton’s University Store opened there later with a tea room on the third floor and another restaurant called The Dungeon in the adjacent building. The store employed 60 people of whom 50 were students and offered one floor of men’s clothing and another floor of women’s clothing.

The Varsity Theater opened as The University Theater in 1915 for vaudeville shows and redesigned in the art deco style in 1938. “Through the 1940s, the neighborhood continued to be balanced in serving both the university and neighborhood clientele. It was a ‘a self-sustaining village’” with a grocery store, a butcher shop, a candy store, dry cleaner, gift shops and a bakery. Neighborhood institutions were churches and schools, including Marshall High School from 1924 to 1982.

Opposition to development emerged after the Opus Development Company proposed the Venue mixed-use apartment building two years ago that opened last fall with a Starbucks, Great Clips and an upscale Goodwill store on the ground level.

Some business leaders, including Kristen Eide-Tollefson and Matt Hawbaker of the Book House, organized Save Dinkytown in an unsuccessful effort to stop the Opus development on the north end of the block along Fifth Street. The Book House was evicted to make way for Venue and has reopened in Dinkydale at 1314‐1320 Fourth St. S.E.

Since then, Eide-Tollefson has worked on Preserve Historic Dinkytown, which organized a Dinkytown reunion in November, collected archival material and written a social, political and cultural history of Dinkytown, contained in Appendix I, to support historic designation.