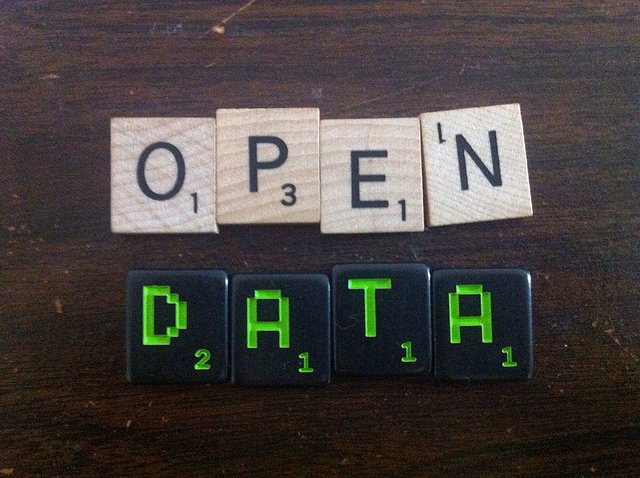 City-generated data my soon help people track buses from their phones and help monitor problem properties for things like noise violations and landlord abuses. These are just two potential uses that may go public by November under the city’s new open data policy.

The Minneapolis City Council approved an open data policy earlier this month, making city data that was previously accessible only through requests easily accessible to anyone. The city hopes the data will spur new technological projects that may help both the city and its constituents and bolster innovation.

“The city of Minneapolis runs on 76 trillion characters of information,” Minneapolis chief information officer Otto Doll told a forum at the University of Minnesota recently. “A strong percentage of that data is private but the rest are data that possibly could be open.”

Doll said the data from several city departments will be accessible through a single website in a raw form that can be used by the public, imported into spreadsheets, and viewed in smartphones, if software developers create applications to access the data.

The use of smartphones to track bus movements and schedules could be done if a developer uses real-time data already generated by Metro Transit, said Bill Bushey, an organizer for Open Data Twin Cities that lobbied for the new Minneapolis rules.

The council’s rules require that creation of a single portal making data accessible to the public, the creation of an advisory group from the city’s departments to decide what data should be open, and a compliance report to see how well agencies are complying with the rules.

“The city is setting up the infrastructure, and it’s also setting up a culture change,” Bushey said. “It’s a big deal for a city to set up a system of this nature.”

Nuria Rivera-Vandermyde, the city’s director of regulatory services, said neighborhoods could use housing license and inspections data to track property ownership and code compliance. The data could also help guide how the city sets their property regulations, she said.

For instance, Rivera-Vandermyde said, mapping different types of city data revealed a correlation between complaints in a neighborhood and the types of properties. Wards 4 and 5 in North Minneapolis have a large number of lower-cost housing properties that have been purchased by a small number of large investors, she said, and the same areas also produce large numbers of nuisance calls to the city.

So the city may want to look at how to decrease the monopoly of properties by large investors and encourage more home ownership, she said.

Reyna Flores of Corcoran Neighborhood Organization said she lived in an apartment for 19 years without ever seeing a maintenance person or an inspector in the deteriorating three-story apartment building. “We need someone to listen to us,” Flores said. “We want a building that’s clean and safe.”

Rivera-Vandermyde said the city won’t know about problems if residents and neighbors don’t report them, but the open data portal can help neighborhoods monitor problem properties and landlords if neighbors report problems. Too many people don’t even know they can call 311 to report problems to the city, Rivera-Vandermyde said, adding that the city may have to clarify the inspection process.

“Residents themselves can report problems and then track violations in a building,” she said. “Open data can help a community organization in ways that bring the neighborhood together to build power.”

Open data can also better connect government and community, Rivera-Vandermyde said, and dialogue with Corcoran residents has already triggered “a full-license inspection of several of these properties, some in buildings owned by the same owners.”

Bushey applauded the city, especially Doll and Council Member Andrew Johnson for backing the open data ordinance, but he said the data must be structured and timely so the public can use it effectively.

“If we get information in its most useful format, it will come to us in a form that a computer can process,” he said. “Metro Transit puts out information on the location of buses. Someone can build an application showing where the buses are and when they’re coming.”

Both Boston and Chicago have open data sites, Bushey said, so if you’re starting a business in Chicago, the city’s website provides information on rules and zoning to help you decide on appropriate locations for the business. And in Boston, he said, the people can look at details in the city’s budget, including schools.

“We have an antiquated system which I’m happy to say we’re well under way in revamping,” Rivera-Vandermyde said. “We will continue to fine tune that on the basis of what the needs of these communities are.”

Working with the data helps the city determine needs as well, she said. After discovering a disproportionate number of parking citations during snow emergencies in North Minneapolis, city workers are looking at new ways to reach people, including access to phones, commuters, different languages.

Doll said that not all the open data may be posted by the city’s November deadline, but the city already has “a fair amount of information to put into it.”

Rivera-Vandermyde listed open data goals as increasing data analysis to determine needs and deploy resources, identifying trends in markets that impact neighborhood stability, focusing on community engagement and partnerships, defining indicators that meet the needs of stakeholders, and increasing the push to put data out externally.