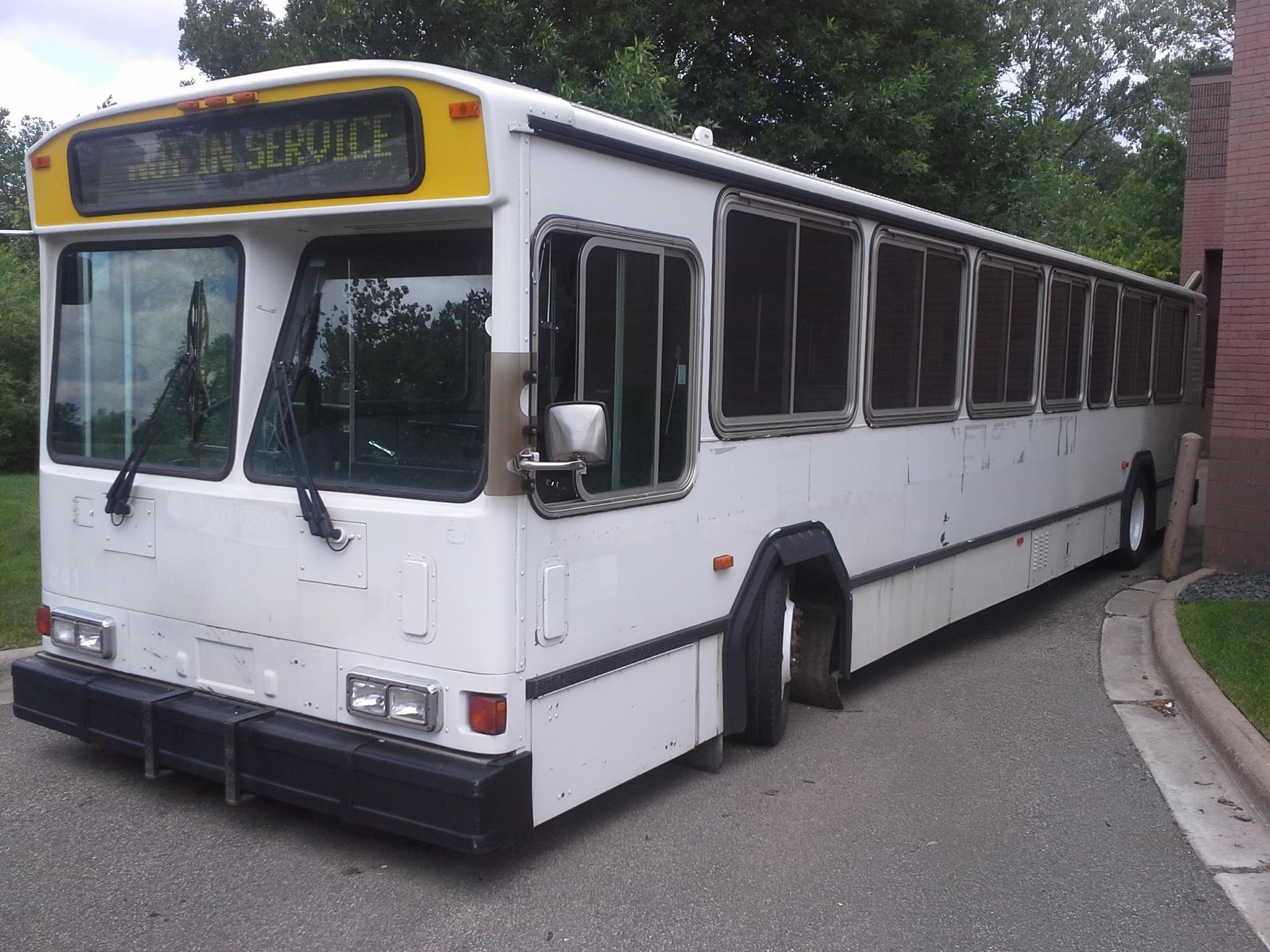 (Photo courtesy of Twin Cities Mobile Market) Soon this empty bus will be carting around food to areas that have poor access to fresh produce and other healthy whole foods.

The Twin Cities Mobile Market will provide people access to healthy, affordable food who otherwise would have to travel one or more miles to obtain it. They are converting a retired Metro Transit bus into a mobile grocery store to travel to neighborhoods in need and help fill in gaps in healthy food access. But they say they aren’t trying to replace larger grocery stores, food shelves or farmers markets.

“The mobile market will be nice, because it’s kind of hard for me to get to the grocery store because I have medical problems,” said St. Paul resident Yolanda Jones. “I have to stop and take breaks with groceries so it takes me a long time.”

Jones heard about the Mobile Market through another Amherst H. Wilder Foundation program. She lives in an apartment in the Phalen area and has a 15-20 minute bus ride to get to the grocery store.

Rose Wendt lives in an apartment in downtown St. Paul. It can take 45 minutes or longer to get to the closest grocery store, Wendt said. She found out about the program through one of the Mobile Market’s community outreach events, she said, and is excited about the program bringing healthy food closer to her. She has been trying to eat healthier foods, she said, and so far has lost 22 pounds.

Areas that have poor access to healthy food are now being referred to as “food deserts.” The American Nutrition Association describes a food desert as “parts of the country vapid of fresh fruit, vegetables and other healthful whole foods, usually found in impoverished areas.” There is a tool called a food desert map that indicates areas where healthy, affordable food is more than one mile away from people’s homes.

Leah Driscoll was finishing her master’s thesis paper on urban food deserts when she came up with the idea to create a mobile grocery store for the Twin Cities, she said, while also working for the Wilder Foundation. But the idea became a reality, she said, after her idea won $41,000 from the 2013 Colonial Church Social Enterprise Competition.

Their project also received a government grant from the Healthy Food Financing Initiative which helped to fund the purchasing of the bus, she said, and they partnered with the Latino Economic Development Center.

Right now the bus is gutted and soon they will be adding in coolers and shelving. They are getting their food from local farmers from the Hmong American Farmers Association, Driscoll when the weather allows, Driscoll said, and the Sunray Shopping Center location of Cub Foods for their year-round needs. Jerry’s Foods, the company that owns the Sunray location of Cub Foods, agreed to sell the Mobile Market food at cost, she said.

The Mobile Market will likely launch at the end of August or early September, Driscoll said, and they will start with locations in East St. Paul and the Frogtown area. They recently received approval to sell in Minneapolis, she said, so they hope to be able to travel there next.

For Yolanda Jones, she’s just excited for the program to start.

“It sounds so good and so I hope it’s helpful not just for me, but for Minnesota,” she said. “Maybe Minnesota will be the first place doing this. Maybe we’re starting a new beginning.”