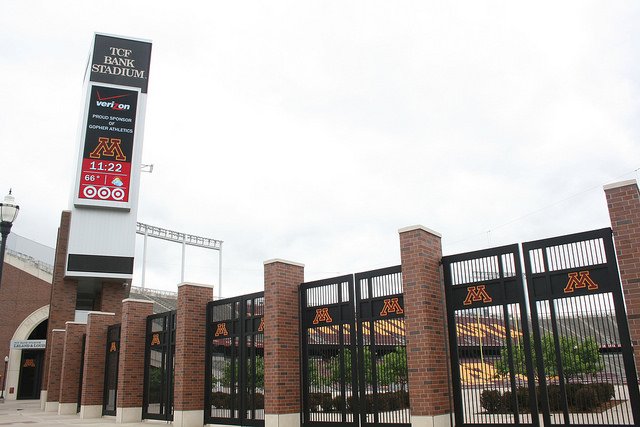 Minneapolis doesn’t have legal authority to ban the Washington Redskins’ name when the NFL team plays at TCF Bank Stadium early next month, the city’s attorney said to a City Council committee Wednesday.

The legal opinion came more than two weeks after council members started exploring whether they could legally ban the name and mascot that some people have called racist and offensive toward American Indians.

Some City Council members and activists say they’re disappointed with the outcome of the attorney’s review, and discussion surfaced at the committee meeting about revisiting the issue when the Washington team plays at the new Minnesota Vikings stadium that’s set to open in 2016.

“This is part of a larger problem,” Ward 2 City Councilman Cam Gordon said at the meeting. “Derogatory terms against Native Americans go back a long, long way.”

At the meeting, the city attorney who gave the legal opinion, Susan Segal, said she and her office “would like nothing better than to be able to file a lawsuit and help provoke a long-overdue change in the name of [the Washington] team.”

But banning the name would be a violation of the First Amendment, she said, which protects freedom of speech.

The University has already said it has no authority to enforce a ban on the name when the team plays at its stadium Nov. 2.

When the new Vikings stadium is completed, the city might have a case against the team because the stadium falls within its jurisdiction, Segal said at the meeting.

But the First Amendment might prevent any legal action in that case, she said.

“[The First Amendment], whether we like it or not, protects really hateful speech as well as speech that we favor,” Segal said.

If Minneapolis could show that the name creates a “hostile environment,” its claims could have legal standing, she said.

Ward 5 City Councilman Blong Yang said he doesn’t think Minneapolis is the right plaintiff for this kind of suit. A private citizen, who could more easily claim that the name creates a hostile environment, might be more appropriate for the task, he said.

“It seems like this creates a hostile environment for Native Americans who want to attend and to be part of that,” Gordon said at the meeting. “It’s unhealthy.”

Gordon, who represents the University and surrounding areas on the City Council, previously drafted a resolution calling on the NFL and the Washington team to change the name.

Alan Yelsey, a member of the National Coalition Against Racism in Sports and Media, said the group expects 2,000 to 4,000 people to protest the use of the name — which he referred to as the “R-word” — at the stadium on the day of the game.

Although Yelsey said he was pleased with Segal’s research into the issue, he said he was disappointed with the legal opinion.

“People can be damaged from speech like this, and they should be protected from it,” he said. “That’s what government is supposed to do.”

Yelsey said society has institutionalized the “Redskins” name, and most non-indigenous people don’t see it as hate speech.

The game-day demonstration is intended to show that many people support banning or changing the name, said Yelsey.

“It’s also a rally to protect American Indian people … and it’s about the forces that continue to perpetuate discrimination,” he said. “This name skews how we look at indigenous people.”