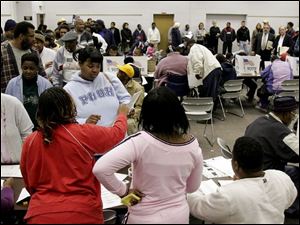 When Dan McGrath of Minnesota Majority invokes the name of the dread Soros to discredit a study, you know it’s on to something. Yesterday, Citizens for Election Integrity Minnesota (CEIMN) and Hamline University professor David Schultz released Cost of Minnesota’s Election Amendment.

According to group’s press release, the amendment is going to be costly to state and local government:

The proposed amendment would mandate the showing of a government-issued ID when voting. According to Kathy Bonnifield, Executive Director of CEIMN, “The amendment could make significant changes to Minnesota’s elections, affecting mail-in voting, absentee voting, and Election Day Registration, and introduce provisional balloting.”

Check out the report:

There’s an additional potential cost that the study didn’t include as the authors thought the expense of travel to Department of Vehicle Services sites to obtain a photo ID or to verify a provisional ballot. We do know the distance though, since the Minnesota Council of Nonprofits used GIS software to calculate distances between municipalities and nursing homes to their county auditor and the nearest eligible DVS site for free voter ID. Check it out here in Roundtrip Distance to Have Provisional Ballot Counted or Obtain Voter ID. It’s a PDF file; be patient as it downloads.

The report isn’t issued in isolation, as there’s a dialogue going on in Greater Minnesota about the voter suppression amendment. Today’s Austin Herald reports in Head election official has faith in system:

The official who runs Mower County’s elections said he has no doubts in the current voting system, despite a push to require voters to use photo IDs.

“In Mower County, I do not have a concern in the integrity of our elections,” Auditor-Treasurer Doug Groh said.

Groh didn’t speak in support or opposition to Minnesota conservatives’ push to require voters to show photo identification at the polls in the state constitution, which voters will settle in the Nov. 6 election.

However, Groh said voter fraud is nearly non-existent locally, and the many election recounts in recent years haven’t revealed any inconsistencies or raised concerns.

“There hasn’t been anything that has come to it, so I feel very comfortable with that process,” he said. . . .

While Groh is neutral about the amendment, he does bring up the cost:

Additional implementation costs — like supplies, ballots and election judge fees — could raise the cost of the modern voting machines to about $92,600 on the low end and $176,600 on the high end.

The more expensive machines would connect to Groh’s office and the Minnesota Secretary of State’s office for real-time results. However, Groh said the county would likely opt for the cheaper model, as many township halls don’t have Internet access.

“We have all these townships that don’t have connectivity,” he said.

Groh also brings up staff costs–and that fact that while some in diverse Austin, a meat-packing town, fear that undocumented workers are voting, there’s no evidence that non-citizens have voted in Mower County. Read the whole piece.

Up in St. Cloud, Judy Dorn writes in her letter to the SC Times, Voter ID will restrict our rights:

Who is harmed if the voter ID law passes? The devil is in the undecided details, but the thousands of bounced-back registration postcards give us a clue: One in eight Americans changes housing in a given year. Hundreds of thousands of people are on the move, mostly for work, so thousands could be cheated of their right to vote — and voting is our right.

Any cost for acquiring a voter ID seems like a poll tax, and transport and unpaid hours make even “free” IDs hardest to get for people whose lives are hard. Voter ID means same-day registration is dead, unless Minnesota buys photo ID equipment for every precinct.

What if the photo ID address doesn’t match the precinct? Ohio tried to discard “wrong precinct” votes. A rally in Rochester warned that hospitalized people will have trouble voting. Students away from home and military members have complicated address histories. . . .

Read the rest in the Times’ letter section. Finally, Our Vote, Our Future has released a video reviewing the problems with the voter suppression amendment. Check it out:

Photo: Provisional balloting in Cleveland, Ohio. via the Toledo Blade